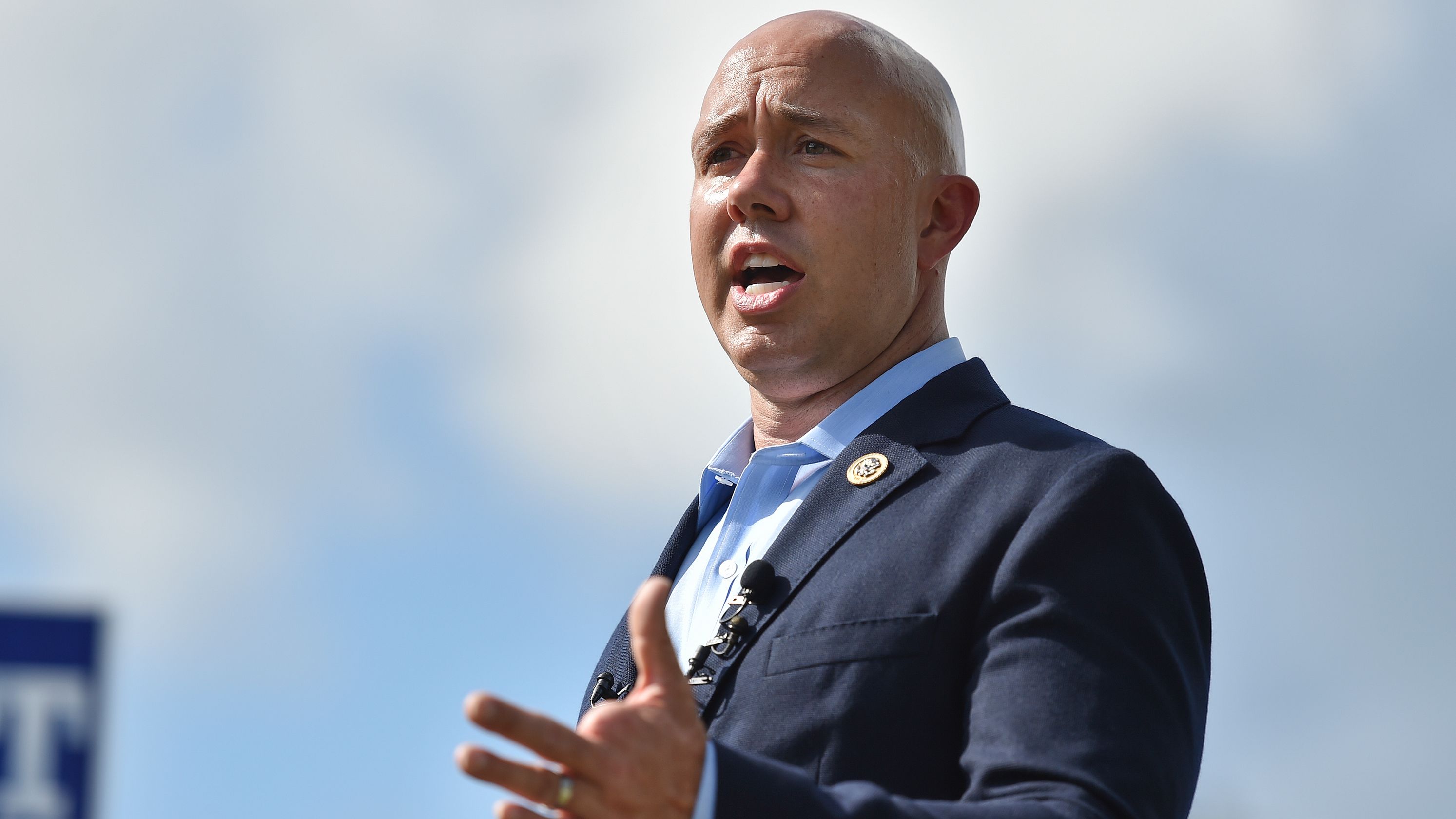 Mast joked about about sex with 15-year-olds and rape in the posts.

Palm Beach County Commissioner Melissa McKinlay is pushing for Republican Rep. Brian Mast to resign after old Facebook posts were uncovered where Mast joked about having sex with 15-year-olds and rape.

The Mast campaign is also clarifying the timeline of those posts described in an apology by Mast late Tuesday.

In a 2009 post uncovered by the South Florida Sun-Sentinel, long-time Mast friend Rocco LeDonni uploaded a picture of himself at a bar during a trip to South Africa.

In a comment on Ledonni’s photo, Mast wrote, “im so proud of you… i hope you hook up with at least fifteen 15 year olds over there…. its legel there right.”

Then in 2011, LeDonni posted this question: “Anyone have any good pick up lines for this weekend considering according to the crazy christian radio guy the world may end on sunday?”

While Mast referenced his 2010 injury, when he lost both of his legs after an IED explosion, the first post came in 2009, before that injury. Mast spokesperson Brad Stewart clarified Mast’s remarks in a statement to Florida Politics Wednesday.

“Not. Cool. Downright awful, actually. Joking about sexual assault of a child [and] rape? Because in Florida what he describes [with 15-year-olds] is rape. No apology can ever suffice for these comments. He should resign.”

“Congressman Mast’s flippant and cavalier attitude towards rape and sexual violence has no place in the halls of Congress,” Bustos said. “No excuse or apology can erase his words.”

Former Navy JAG Officer Pam Keith is challenging Mast for the seat in Florida’s 18th Congressional District. Mast has criticized Keith over her controversial social media persona in the past. In response to the DCCC statement, Stewart again referenced a previous post by Keith regarding accusations that Joe Biden committed sexual assault.

“If the DCCC was being honest, they would disavow their candidate Pam Keith who made comments trivializing rape just 5 months ago that she has still yet to issue an apology about, instead justifying them as ‘snarky,'” Stewart said.

“It is beyond hypocritical for Ms. Keith and her political allies to attack Congressman Mast for posts he has wholeheartedly apologized for from his 20s while Ms. Keith still refuses to apologize for her comments made this year.”

In response to reports about those accusations against Biden, Keith wrote on Twitter that Biden “still has LOTS of rape to do to catch up to [Donald] Trump.” That’s a reference to the fact Trump has been accused of forcible assault multiple times.

Keith did respond to the newly uncovered Mast posts late Tuesday. “This is disgusting, unacceptable and dishonorable behavior for any man, let alone a sitting member of Congress,” Keith said.

“These comments are shocking, vile, and inexcusable, but they are not the only time Rep. Mast, who voted against reauthorizing the Violence Against Women Act, has deeply disrespected the women and girls he was elected to represent,” said Karen Defilippi, vice president of federal and gubernatorial campaigns for EMILY’s List.

“Republican Party of Florida Chairman Joe Gruters must immediately denounce Congressman Mast’s violent comments about underage girls. Further, the Republican Party must act swiftly and wholeheartedly to condemn these comments by taking immediate action against the Congressman. We can not allow this type of behavior from those who represent us.”