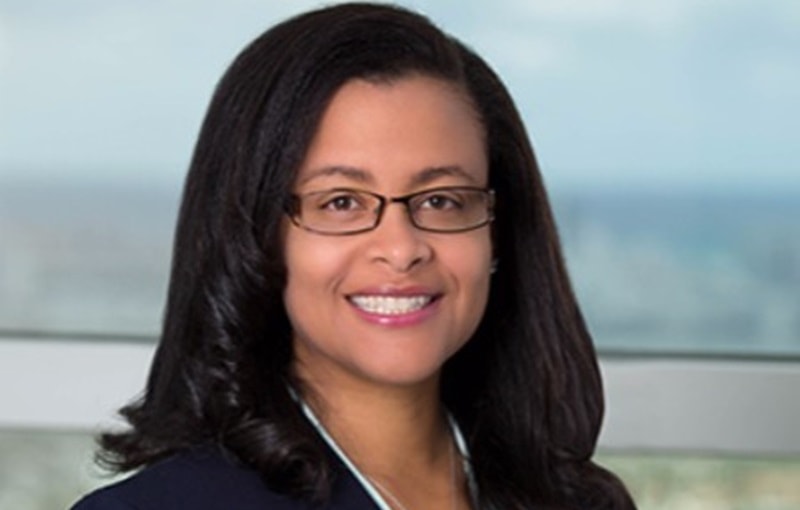 The Governor said hypocritical partisanship would deny a Black Justice to the Florida Supreme Court.

Rep. Geraldine Thompson has filed a lawsuit demanding the Governor appoint a new Justice because Francis, who the Governor selected in May, won’t be a 10-year member of the Florida Bar until nearly two weeks from Wednesday. That “technicality” constitutionally disqualifies her from a spot on the bench.

Flanked by South Florida Democrats, including Miramar Mayor Wayne Messam, the Governor made the push that Francis should be placed on the Court despite needing now mere days to take the bench. Francis also was the only Black candidate in the pool DeSantis had to choose from, and he argued a successful lawsuit would deny a Black woman an appointment to the Court.

Thompson has pushed for a Black Justice appointee to the Court, and DeSantis used that to hit back at the Windermere Democrat.

Amid the governor’s accusations of political maneuvering, Thompson called DeSantis’ appointment of Francis and supporters’ defense of his selection “the worst form of racial tokenism.”

Thompson, a retired educator who is Black, said in a phone interview with The News Service of Florida later Wednesday that DeSantis “has to shoulder that responsibility” because he and the nominating commission “contrived to recommend a person ineligible to serve” on the Supreme Court and eliminated other “highly qualified and eligible African-American” applicants for the post.

“I’m very sensitive to that, particularly when you have working mothers with newborns, how you need time to be on maternity leave, so that was never a question for me,” the Governor said.

Broward County Mayor Dale Holness, a Black Democrat, called on Thompson by name and asked her to to rescind the lawsuit, calling it foolhardy to prevent Francis’ appointment. He also alluded to former Vice President and Democratic presidential nominee Joe Biden‘s first election to the U.S. Senate, when he was too young to hold the office when elected but turned 30 before he was sworn in.

Thompson’s House colleague, Rep. Dotie Joseph, reaffirmed the Legislative Black Caucus’ support for Francis. Contrasting her to U.S. Supreme Court Justice Clarence Thomas, who she said is sometimes characterized as “someone who exemplifies the expression that all skinfolk ain’t kinfolk,” Joseph said Francis’ conservatism doesn’t disqualify her from serving.

On Tuesday, the Court gave DeSantis until Wednesday to respond with why he should not be required immediately to fill the vacancy in office.

Francis is an immigrant, and in May, the Governor compared her to U.S. founding father Alexander Hamilton, himself a Caribbean immigrant.

“I’m grateful that I’ve had this once-in-a-lifetime opportunity, that a Black immigrant woman from a small island with no famed family name or wealth, no inherent, powerful connections, could potentially rise to the highest state court in one of the most important states, is a testament to just how great this country is,” Francis said.

Before entering law, she owned two small businesses and helped raise her sibling and finished school, ultimately finishing at the top of her class. She also called herself an “Everyday Joe,” the epitome of the American Dream.

“We have a divided country. Do we need everything to devolve into party and partisan differences?” DeSantis said. “Can’t we all just step back as Floridians and say, you know what, all those other candidates would have been good and they would have applied the law well, but we have a candidate here who, upon taking office, is going to serve as an inspiration to so many people.”

In May, the Governor selected Francis alongside John Couriel, the son of Cuban immigrants who escaped the Fidel Castro regime and who now sits on the Court. Couriel is a Harvard college and law school graduate and was an assistant U.S. Attorney for the Southern District of Florida before taking up his private practice.

In November, the U.S. Senate confirmed Barbara Lagoa and Robert Luck to the 11th U.S. Circuit Court of Appeals. Both, also South Floridians, were appointed by DeSantis to the Florida Supreme Court in 2019.

With the impending COVID-19 pandemic, DeSantis delayed in March his 60-day deadline to appoint justices despite questions from the legal community. That month, he said he had not had time to read all of the candidates’ opinions or other writings to prepare to make a proper decision given the urgency of the coronavirus crisis.

The Florida Constitution says the Governor was obligated to make the appointments 60 days after the Florida Supreme Court Judicial Nominating Commission certified a slate of nine nominees on Jan. 23.

But the Governor missed the March 23 deadline because of the coronavirus pandemic, he said. And in late March, DeSantis said he would make the appointment by May 1, a deadline he also missed.

The decision to push back his Supreme Court picks past the initial March 23 deadline appeared to be the first time a Governor used a state of emergency to delay the selection of justices, Florida Supreme Court spokesman Craig Waters said at the time.

Immediately following her selection, opposition rose to the Governor’s decision. In May, he did not mention that Francis fell short of the Florida Bar membership requirement when noting she would be on maternity leave until September.

The Republican Party of Florida on Wednesday has been publicly backing Francis’ selection, tweeting #JusticeforFrancis.