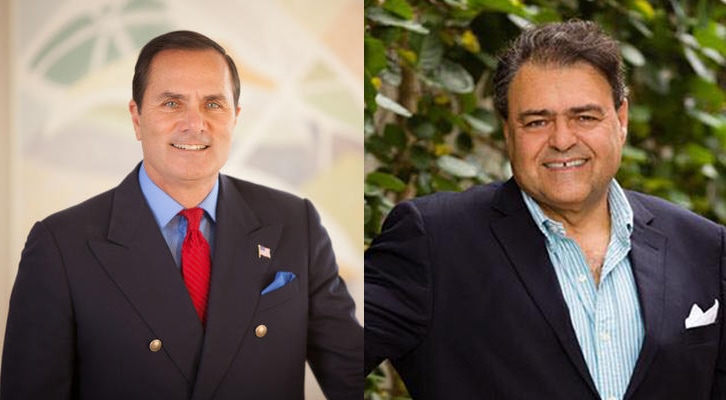 Bonfiglio had trailed Caruso by $100K in cash on hand just four weeks ago.

Democratic challenger Jim Bonfiglio is once again beating Republican Rep. Mike Caruso in fundraising, as Bonfiglio added more than $42,000 in the most recent fundraising period.

Before the General Election period began, Caruso was consistently outraising Bonfiglio in the House District 89 race. That gave Caruso a $100,000 advantage in cash on hand over Bonfiglio.

Just four weeks later, Bonfiglio now has the cash lead. He holds more than $141,000 between his campaign and political committee, Putting Voters First. Caruso has more than $128,000 still available. That’s a deficit of nearly $13,000.

Bonfiglio has now raised more than $117,000 in his last two reporting periods combined. That surge has come with a huge assist from out-of-state donors via ActBlue, a nonprofit organization that serves as an online fundraising tool for Democratic candidates.

Bonfiglio collected nearly $30,000 through his campaign account and another $12,500 via his PC.

Looking at donations to his campaign account, just under 7% of those 912 donations came from inside the state. Many of those were for small sums of $10 or less. When looking at overall money raised, around 27% of Bonfiglio’s nearly $30,000 haul came from Florida residents.

Caruso relied mostly on $500 and $1,000 donations. Political committees belonging to Republican Reps. Randy Fine and Ray Rodrigues both contributed $1,000 to Caruso, as did a PAC associated with Duke Energy.

Neither candidate spent big during the period. Bonfiglio showed nearly $5,000 in expenditures, mostly to pay for campaign work, printing and consulting fees. Caruso spent just over $2,000 during the same period. mostly for accounting services.

HD 89 runs up the coast of Palm Beach County and is home to President Donald Trump’s Mar-a-Lago resort. Candidates and political committees faced a Friday deadline to report all financial activity through Sept. 18.