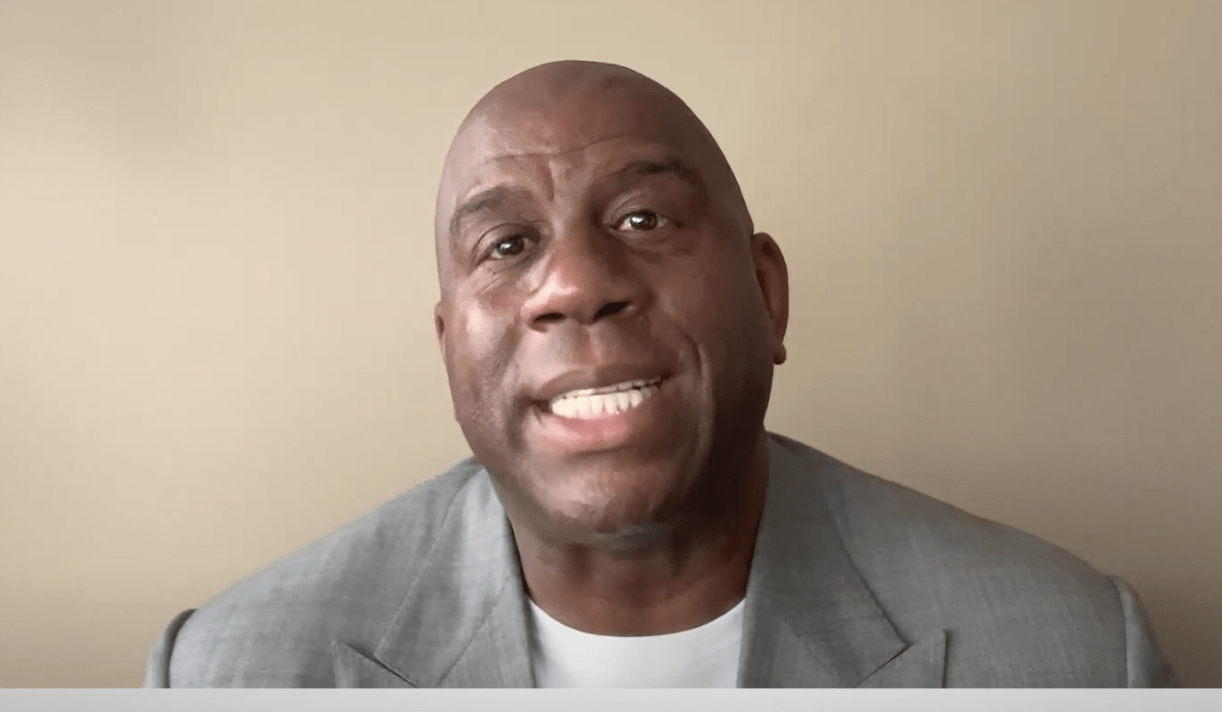 'It's magic,' Johnson says of Amendment 3.

In a no-frills video, the All Voters Vote campaign launched its first ad of the election Tuesday highlighting support from NBA Hall of Famer Magic Johnson.

“Amendment 3 guarantees that all voters can vote. Amendment 3 will ensure that politicians listen to everyone. Join me in supporting amendment 3 and let all voters vote. It’s simple, it’s common sense and, well, it’s magic,” Johnson says in the 30-second spot.

Titled, “It’s Magic,” the video contains just one shot — Johnson sitting against a bare taupe wall wearing a gray sports blazer with a white undershirt. The only embellishment to the NBA superstar’s endorsement is a banner at the bottom third announcing Johnson, urging voters to vote yes on Amendment 3 and then repeating in the text of the last line of Johnson’s endorsement.

“Magic Johnson has seen firsthand how letting all voters vote has worked all across America, whether in cities, counties, or states and we are grateful that he came forward and has volunteered his good name and stellar reputation to support this common-sense initiative,” All Voters Vote Chairman Glenn Burhans said in a statement.

“We agree, letting all voters vote and breaking down the silos created by closed partisan primaries is good for voters and our state. Amendment 3 will give voice to more than 3.5 million taxpaying voters — including more than 1.5 million voters of color — who are currently blocked from voting in Florida’s closed primaries.”

If passed in November, the constitutional amendment would allow registered voters beginning in 2024 to cast a ballot in primary elections for the Legislature, Governor, and Cabinet regardless of party affiliation. It would also create a single primary race for each office. Candidates from all parties would appear on the same ballot for an office and only the top two candidates would advance to the General Election, even if they were from the same party.

While officially dubbed All Voters Vote, critics refer to the proposed change as a “jungle primary.”

One argument is that by allowing no-party-affiliated voters to cast a ballot in open primaries partisan candidates would be forced to speak to more moderate voters. Under the current closed primary system, primary races are typically hyperpartisan and appeal to the parties’ most extreme bases — ultraconservative on the right and super-progressive on the left.

Still, both the Republican and Democratic state parties oppose the amendment, as do several groups such as the NAACP, some unions and the League of Women Voters.

There, Gruters criticized South Florida health care executive Mike Fernandez, who this week dumped another $125,000 into the campaign, and the proposed “top two” primary system.

“The group that pushed this is primarily funded by a single billionaire who obviously was upset at the system and is trying to change the process,” Gruters said. “If this was a good system, he should be able to take it to the Legislature and pass it. He was not able to.”

Gruters has previously said there is nothing wrong with that as Florida law allows a person to register to vote or change party affiliation up to 29 days before an election.

The League of Women Voters supports an open primary system, but not the one proposed under Amendment 3.

“It is our belief that the top two open primaries would have a strong adverse impact on African American representation in Florida. Our position is to support an open primary system that would allow for the broadest possible voter participation,” the group wrote on its website.

The NAACP has similar concerns.

nextSurvey shows Joe Biden above the 50% mark in Florida