The debates are over, nearly 5 million people have already voted, and polls show, predictably, close race in Florida.

Before we get to our weekly game of winners and losers, though, something strange just happened. President Donald Trump campaigned Friday in The Villages.

It’s easy to see why Trump came to Florida. He likely can’t win reelection without our state’s 29 electoral votes. But why spend precious, dwindling time at a place where he is loved? It’s not like he needs to convince those folks to choose him. Some places vote red; at The Villages they vote crimson.

That is unless the Trump campaign has some alarming information that they aren’t sharing about voting habits at that Central Florida GOP stronghold.

If he felt the need to shore up flagging support there, his campaign could be in real trouble.

We know the President craves adoring crowds and enthusiastic Villagers do make for good television – unless you’re someone who believes that masks help protect against the spread of COVID-19.

There have been reports of support for Joe Biden in some pockets there, but when the votes are tallied, but c’mon. There are other parts of Florida where a last-minute visit by the Big Guy could make more of a difference than the time he spent at The Villages.

Oh well, on with the show.

Honorable mention: 537 votes documentary. Timing is everything and the HBO and HBO Max documentary on the Bush v Gore election in 2000 crushed it. If we needed any more reminding that every vote counts, consider it done.

Produced by Adam McKay, who was the head writer at Saturday Night Live during that election, it explores all angles of an election that made Florida a national punch line.

The Associated Press called the film “a rollicking but precise account of the voter recount in Florida.” It may be rollicking now, but not so much as it unfolded in real-time.

It notes that the Elián González saga in Miami and how Democrats handled (or, if you will, mishandled) that crisis helped tip the Cuban-American vote in South Florida. That, in turn, changed the course of history.

Almost (but not quite) biggest winner: Thanksgiving with grandma. DeSantis gets an extra piece of pumpkin pie. He said the state will allow outdoor visits at Florida’s 631 long-term care facilities, regardless of whether the facilities have COVID-19 infections. 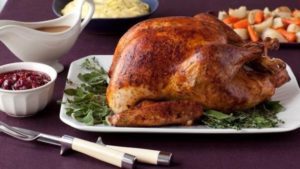 The facilities have basically been on lockdown since March. The Governor said he is worried about the long-term emotional toll the isolation takes on the residents.

“We need to be able to have family connections,” DeSantis said during a roundtable in Fort Myers. “This is very, very important. Not everyone who is in these facilities is on the brink of passing away.”

COVID-19 cases are spiking in Florida, but DeSantis said the increased availability of rapid test kits can mitigate the danger.

“Especially as the holidays come, if you have residents who want to go home for holidays, maybe they can have people come visit here,” DeSantis said.

The biggest winner: Richard Corcoran. Now, here’s something schools don’t hear every day: Come and get your money!

Be quick about it! 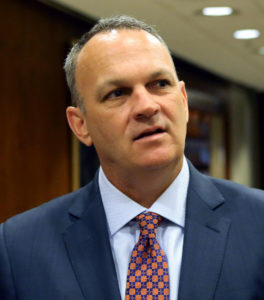 The state’s education commissioner told district school superintendents to hurry up and get their share of a $693 million federal grant to help cover extra costs from COVID-19.

Yet, as many schools ended their first quarter of instruction, about 90% of that money remains unclaimed.

Hence, the cage-rattling from Santa Corcoran.

School districts throughout the state have been searching under the couch cushions for extra cash since the virus struck. They’re cutting back everywhere.

In Orlando, Timber Creek High School shifted to online learning for two weeks because of the virus.

The need is real.

The cash is there.

Dishonorable mention: USF College of Education. “The decision by the University of South Florida to close its undergraduate teacher preparation program is a terrible mistake.”

So begins an op-ed in the Tampa Bay Times, authored by six superintendents of Bay area school districts.

Give ’em credit. They didn’t bury the lead. 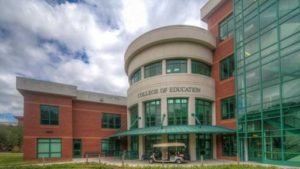 USF made the controversial and wildly unpopular decision to save money, but the local school systems depend on that undergrad program to keep up with the ever-increasing need for teachers.

The USF ed college will offer only graduate degrees.

USF officials suggest prospective teachers get their degrees at local schools such as St. Petersburg College and Hillsborough Community College. They then could obtain a graduate degree from USF.

The move, the superintendents said, “dramatically reduce its relevance to the communities and taxpayers it serves.”

Yep. That about sums it up.

Almost (but not quite) biggest loser: Dirty trickster. “Someone” really wants right-wing conspiracy super-spreader Laura Loomer to win her uphill fight for the CD 21 District held by Democrat Lois Frankel.

The South Florida Sun-Sentinel reported that “someone” distributed a blue voter information card around early voting sites in Palm Beach County, listing Democrats for whom you could vote. Loomer’s name was on that list, and she’s no Democrat.

Frankel’s name was nowhere to be found on the card.

Those remembering the Watergate era would appreciate the term for this: ratf—king.

Republicans disavowed all knowledge of this scam and Loomer’s camp couldn’t seem to find time to respond to the newspaper’s inquiries about the issue.

What kind of person is Loomer?

Twitter banned her because of hate speech, and she called Parkland students “puppets” because they spoke out for gun control.

The biggest loser: COVID-19 transparency. The White House Coronavirus Task Force sends a weekly report to Florida and other states. An Orlando Sentinel report on Oct. 11 warned of an increase in virus cases, including in The Villages.

To see the report, though, the Sentinel had to jump through multiple hoops over several days. The company’s lawyers had to get involved before DeSantis’ office released the document.

“It’s not like the Governor references it at all during any type of press conference or regular presentation,” she said. “And I’m sure it was intentionally kept in the dark because the Governor is making decisions based on his own political preference and not based on any type of data or science.”

The report noted the virus is spreading through social gatherings.

“People must remember that seemingly uninfected members and friends may be infected but asymptomatic,” the report said. “Encourage outdoor activities and ensure mask and physical distancing messages for all residents, both in public and private spaces.”

People should be able to see that without having lawyers involved.