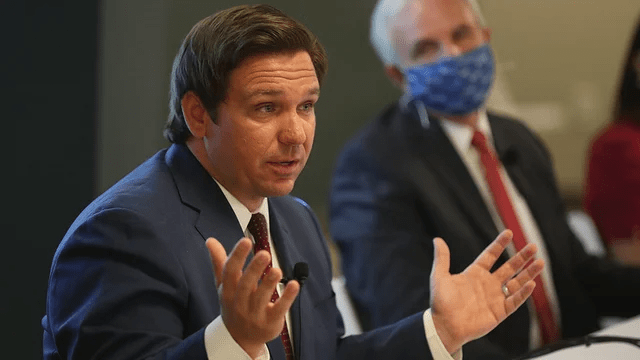 Brazil and the United Kingdom were top of mind.

To date, Trump has issued several proclamations blocking visitors from more than two dozen countries including Brazil and the United Kingdom. While the restrictions were issued to slow the spread of COVID-19, DeSantis told reporters in Seminole County “we need to look where we are now.”

“The virus is endemic,” he said. “It’s not like if somebody comes, that’s going to be introducing something that’s not anywhere. You look: The Northeast had their cycle, the Sunbelt had a cycle, now the Midwest and the Great Plains is having a cycle. Europe, these places that didn’t really get it are now getting it.”

“I think it would be very good for this part of the state to be able to have that travel back,” DeSantis said. “I just don’t view that as something that is going to alter the trajectory of COVID here.”

Florida’s tourism industry and theme parks have recovered sluggishly since the onset of  COVID-19 and in wake of government-mandated shutdowns. Fewer guests and less revenue have led Disney and Universal – two of Central Florida’s largest employers – to lay off thousands and reduce operational hours for guests.

DeSantis said he thinks more people are realizing that air travel and theme parks are safe despite the pandemic.

“When you’re talking about people staying at Disney and Universal, those places have taken a lot of precautions,” DeSantis added. “I think they’ve had a really good track record. When even the New York Times is acknowledging no outbreaks at Disney, you must know they’re doing something right.”

According to Visit Florida, Canada, the United Kingdom, Brazil and Colombia were the top four countries to travel to Florida. Together, more than 6.3 million visitors from those countries alone traveled to Florida.