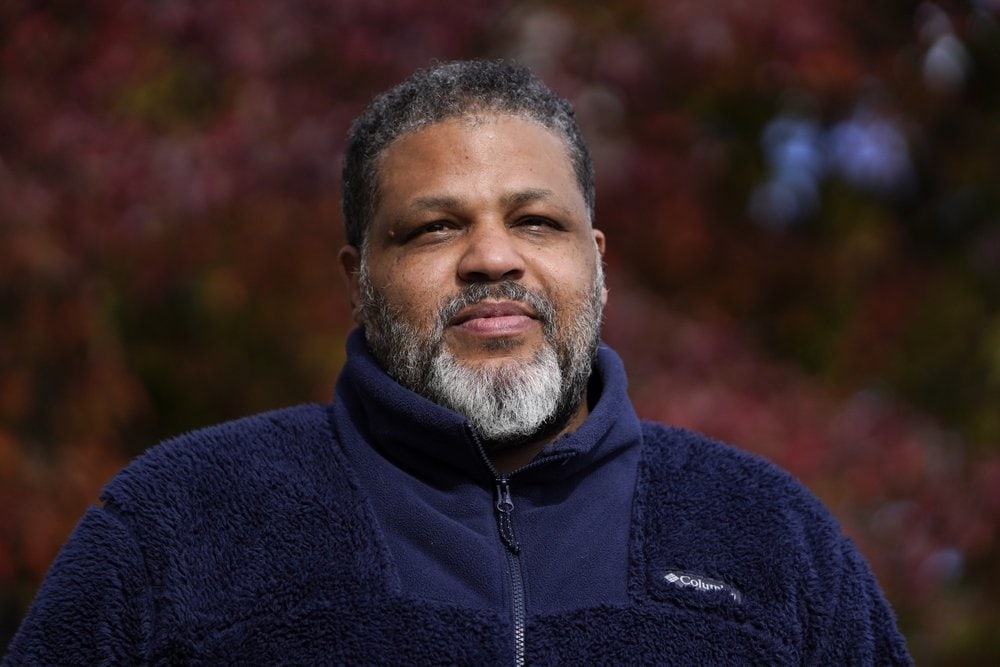 Every day feels like a raw wound for Omari Barksdale.

His sister, Laneeka Barksdale, died of COVID-19 in late March in Detroit — and since then, so have more than 228,000 Americans. Many were Black Americans whose communities were disproportionately devastated by the virus.

Omari Barksdale, a Black man, watched with alarm as the toll of the country’s racial injustice mounted. People of color bore the brunt of pandemic-related job losses. Police shot and killed Breonna Taylor inside her Kentucky home, and a Minneapolis police officer pressed a knee into George Floyd’s neck for nearly eight minutes as Floyd gasped, “I can’t breathe,” in his final moments.

The convergence of the pandemic, joblessness and police brutality has forced the U.S. to confront its centuries-old legacy of systemic racism this year. And for Barksdale and many Black Americans, it’s turned next week’s presidential election into a referendum on the future of race relations, an opportunity to take steps toward healing or the potential of a deeper divide.

“It feels like half of me was taken away,” said Barksdale, who, in the weeks after his sister’s death, began leading a team of volunteers canvassing Michigan voters. “For many years, we’ve had this commentary about how far we’ve come, but if you look at the landscape and dynamics right now of America, we’re back in the ’50s and ’60s. The reasons for protesting are the same now as they were then: for the protection of Black lives, the opportunity for Black lives, and the understanding and value of Black lives.”

Black voters will be decisive in shaping next week’s results. Democrat Joe Biden is relying on strong turnout among Black voters in cities such as Detroit, Philadelphia and Milwaukee to tip critical swing states in his direction. President Donald Trump, meanwhile, is focusing most of his effort on last-minute appeals to his core base of white voters.

As of Thursday, more than 79 million votes had been cast in the 2020 general election, with Black voters making up almost 9% of that total, according to an Associated Press analysis of data from the political data firm L2. In North Carolina, a battleground state seeing high turnout across the board, 60% of Black registered voters have already cast a ballot.

“The soul of the nation is at risk,” longtime civil rights leader the Rev. Al Sharpton said in an interview. “Another four years of Trump would completely set us back and the advancements that we’ve made towards equal rights, human rights and civil rights. It would take us 20 or 30 years, a generation, to get back what he would cement.”

The election-year reckoning is the culmination of centuries of inequity and racism that far predates Trump’s political career. But Trump has pulled at the nation’s racial divide throughout his presidency.

He blamed “both sides” for 2017 violence between white supremacists and anti-racism protesters in Charlottesville, Virginia, and wondered why the U.S. was admitting so many immigrants from “shithole countries” like African nations. He said four Democratic congresswomen of color should go back to the “broken and crime infested” countries they came from, ignoring the fact that all of the women are American citizens and three were born in the U.S.

Trump was criticized in September for his initial refusal to outright condemn a far-right fascist group during a debate with Biden.

“Donald Trump is an unabashed racist who not only revels in his ability to mock, scorn and create harm, he denies any culpability for the consequences,” said Stacey Abrams, a voting rights activist and former Georgia gubernatorial candidate.

“I fear for our communities if he retains the seat of the presidency for four more years. I also have a deep worry that his continued occupation of that seat would result in those who intend us harm who will feel that they have carte blanche to do so,” said Abrams, who is Black. “My deep hope is that the demographic changes in our country, coupled with the consciences of white Americans who understand that he is wrong, they will actually do what’s right.”

Trump points to criminal justice reform, opportunity zones and funding for historically Black colleges and universities as examples of what he’s done for Black Americans, but many critics argue his claims are exaggerated or undermined by his comments.

After a summer of nationwide unrest that led to millions marching in the streets of America, Trump has billed himself as a leader who will restore “law and order” — an attempt to appeal to white grievances and allay white suburban fears.

Just this week, Trump’s presidential adviser and son-in-law Jared Kushner said the president wants to help Black people in America, but they have to “want to be successful” for his policies to work, a comment that recalled racist stereotypes of Black Americans.

“What we see is when racism goes unchecked and becomes institutionalized publicly and becomes a part of our administration,” said Jessica Byrd, who leads the Movement for Black Lives’ Electoral Justice Project and The Frontline, a multiracial coalition effort to galvanize voters. “We’ve seen firsthand the way that a vocal minority can become an extremist power building faction.”

Biden has his own vulnerabilities on race. He has apologized for the poor treatment of Anita Hill when she testified before his Senate committee in 1991 to accuse then-Supreme Court nominee Clarence Thomas of sexual harassment. He’s also expressed regret about provisions of a 1994 crime bill he supported that has been blamed for incarcerating a generation of Black men.

But he’s put Black voters at the center of his 2020 campaign. His presidential hopes were rescued in February when Black voters in South Carolina rallied around him, powering him through Super Tuesday wins and helping deliver the Democratic nomination.

Unlike Trump, he has acknowledged systemic racism and has pledged to address it.

In the final stretch of the campaign, Black voters are organizing to make sure their votes are counted. LaTosha Brown, the co-founder of Black Voters Matter Fund, said her organization has traveled across 15 states to galvanize voters, including in rural counties and smaller cities that are often ignored.

But some voters of color are still making up their minds. Victor Gomez, a 39-year-old Latino man in Hayward, California, said the pandemic and immigration are top concerns.

He doesn’t feel like Trump or Biden has addressed issues that matter most to Latinos. He’s still planning to vote, but hasn’t decided whom he’ll back.

“A lot of people have friends who are immigrants, and they get discriminated against because they don’t have papers and they struggle,” Gomez said. “The (president) says that he supports Latinos and immigrants, but I haven’t seen anything from him but putting us down.”

But matters involving race are not only at the forefront for voters of color. As they’ve watched several forms of racial injustice collide this year, many white Americans have been forced to grapple with uncomfortable truths about racism.

Detroit resident Colton Dale, a 27-yaldear-old white man who is the vice president of the Grosse Pointe Democratic Club and a lifelong Democrat, said he’s had conversations with family members and co-workers who support Trump. He’s spent time trying to convince them, as well as potential voters he encounters, of the “chaos” Trump’s presidency has caused.

”I think people, even Republicans and his supporters, they know who he is, especially four years down the road,” Dale said. “I just try to draw a contrast and say that we would be living in a better and brighter America under a Joe Biden administration as opposed to another four years of Trump. People are just ready to end this nightmare.”

The Biden campaign has also spent a significant amount of time and resources to connect with younger voters, who turned out in droves over the summer to protest police brutality and racism.

For the past several months, Tylik McMillan, the National Action Network’s national director of youth and college, has focused on educating first-time voters, college students and young voters who have been disengaged with the political process about what’s at stake.

“The reality is when I step out of these doors, we’re still just Black in America, and I can be the next George Floyd. I can be the next Ahmaud Arbery. And to have a leader at the highest office not understand that racism is real in this country, it’s a problem,” said McMillan, 24.

But regardless of the election’s outcome, America will be left to grapple with the “fault lines” and fractures of racism and inequity that have been made clear.

previousLast Call for 10.29.20 — A prime-time read of what’s going down in Florida politics