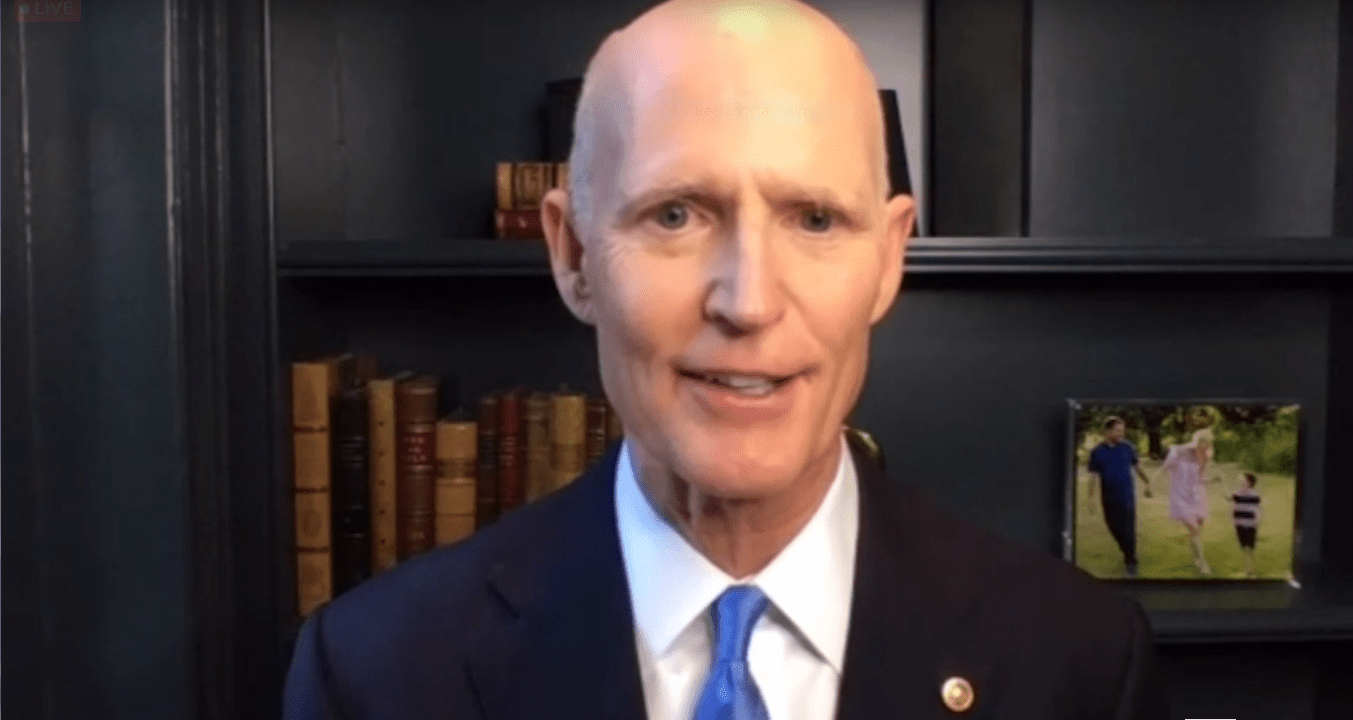 Fox and Friends offered the Senator a forum.

U.S. Sen. Rick Scott voiced some agreement with a former repeat Democratic candidate for President that the Georgia elections were about “socialism.”

However, that agreement comes with a caveat, as the former candidate, Sen. Bernie Sanders, didn’t use the word “socialism,” he used the word “progressive.”

“Fox and Friends” on the Fox News Channel aired a segment Monday morning from a previous MSNBC interview with the Vermont Senator.

The semantic difference didn’t stop Scott, the new chairman of the National Republican Senatorial Committee, from taking the Sanders snippet and using it as a jump off to familiar talking points about what the left wants if Democrats Jon Ossoff and the Rev. Raphael Warnock defeat Republican incumbents David Perdue and Kelly Loeffler on Jan. 5.

“Bernie Sanders is right,” Scott told interviewer Steve Doocy. “If they can win in Georgia, that his idea of socialism, the Democrats’ idea to pack the court, reverse the First and Second Amendment rights, ruin Medicare, ruin private insurance, have all the health care insurance run by the government. The Green New Deal, which is like what, $100 trillion?”

“All these things socialist, socialism,” Scott added. “I don’t believe that’s where Georgia is. It’s certainly not where Florida is.”

The Senator, who typically relishes opportunities to spar even in a one-sided way with national progressives, clearly appreciated the Sanders feed from Fox, which allowed him to offer new variations on now familiar critiques of the Ossoff/Warnock duo.

Scott has recently asserted that Ossoff, who is running for Sen. David Perdue‘s seat, “is bought and paid for by the Chinese Communist Party.”

He has offered a parallel critique of Warnock, who is challenging Sen. Kelly Loeffler.

The Atlanta reverend is “a radical’s radical and won’t fight for the people of Georgia,” Scott tweeted Sunday night during a debate between the two candidates. “We need to make sure [Loeffler] wins this race and protects Georgians from Warnock’s dangerous agenda.”

nextSunburn — The morning read of what’s hot in Florida politics — 12.7.20