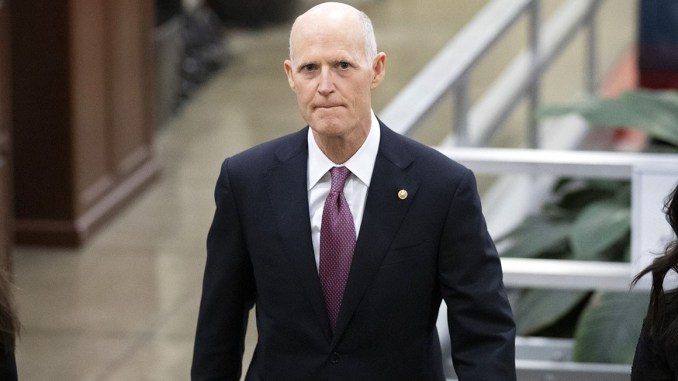 If these corporations want to make a difference, they could start by pledging not to make any contributions to the NRSC.

Some of the country’s largest corporations have put political donations on hold in the wake of last week’s violent riot at the U.S. Capitol.

Facebook, Google and Microsoft joined the chorus on Monday, vowing to stop contributions for the time being.

“Following last week’s awful violence in DC, we are pausing all of our PAC contributions for at least the current quarter, while we review our policies,” Facebook spokesperson Andy Stone said in a statement.

Other companies have taken a more surgical approach. Marriott, for instance, said it will only withhold donations to Republicans who voted not to certify President-elect Joe Biden’s Electoral College victory last week.

But what good does that do?

The election was more than two months ago and the Georgia runoff ended last week. Now it’s January in an off-year for elections and candidates won’t be really clamoring for money for a while. As it stands, it’s an empty gesture.

It doesn’t have to be, however.

If these corporations want to make a difference, they could start by pledging not to make any contributions to the National Republican Senatorial Committee.

With Democrats set to retake control the Senate, the NRSC will be fighting tooth and nail to regain the GOP majority in the upper chamber next year.

U.S. Sen. Rick Scott will be the Republicans’ field general in that effort. It was a position he fought hard for, winning the support of his fellow Republicans in the Senate.

But Scott was also one of just a handful of Senators who voted against certifying Biden’s victory in Pennsylvania, and his vote came after the violent pro-Trump mob forced Congress to evacuate the Capitol.

Scott’s vote showed wanton disregard for our democratic republic. While he has tried to play the fence sitter in the days since by condemning the violence, his vote furthered baseless conspiracies about election fraud and tacitly validated the lawlessness on display Wednesday.

He should not be rewarded for it with millions in campaign cash, which he will most certainly use to try and elect Republicans who would have voted the same way if given the opportunity.

Very real concern among Rs working on senate races that Rick Scott, who backed the objections to the PA results, won’t now be able to raise money as NRSC chair as companies balk at giving to Rs who took that move.