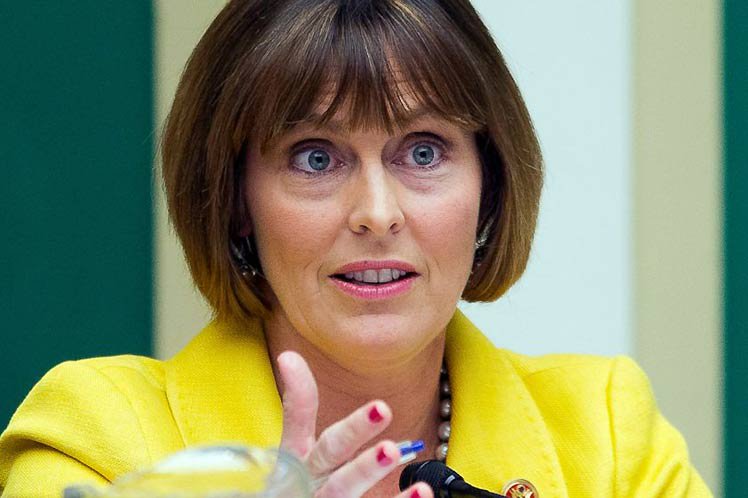 'The traitorous incitement of an insurrection demands not just impeachment but removal from office immediately.'

Democratic Rep. Kathy Castor of Tampa argued for President Donald Trump‘s swift impeachment Wednesday morning, declaring that his “defilement of this Capitol will not stand!”

In a morning debate over the House proposed rules of impeachment, carried out on the floor of the U.S. House of Representatives, Castor urged members to support Trump’s impeachment.

She called Trump’s incitement of the mob a week ago the “single most depraved betrayal of the U.S. Constitution ever committed by a President.”

“The traitorous incitement of an insurrection demands not just impeachment but removal from office immediately,” Castor continued. “Violence during the transfer of power! Confederate flags! Anti-Semitic paraphernalia desecrated this Capitol. So accountability must come swiftly. We must act with the same resoluteness we showed in the early morning hours after this insurrection where we assured the will of the voters was effectuated.

“Donald Trump’s defilement of this Capitol will not stand! It demands impeachment now,” Castor concluded.

She was the only member from Florida who spoke in the hour-long morning debate over whether the rules outlined by the House Rules Committee would be followed later Wednesday to pursue Trump’s second impeachment.

Led by Rules Committee Chair Jim McGovern of Massachusetts, Democrats argued Wednesday morning that the offenses were so grievous that the House must move swiftly. They argued there is no actual disagreement over what Trump did, or that what he did should be an impeachable offense.

“If this is not an impeachable offense, I don’t know what the hell is,” McGovern said.

Most of the Republicans who argued against the rules, led by Rep. Tom Cole of Oklahoma, did not attempt to try to defend Trump. Instead, they argued that a rushed impeachment was rash and reckless and would only serve to further divide an already very divided America.

One of the few exceptions to the Republicans’ apparent strategy came from Republican Rep. Jim Jordan of Ohio, one of Trump’s most loyal supporters. Jordan continued to express belief in debunked claims that the 2020 election was fraudulent, He condemned Democrats for the impeachment proceeding.

“This is frightening for the country,” he said.