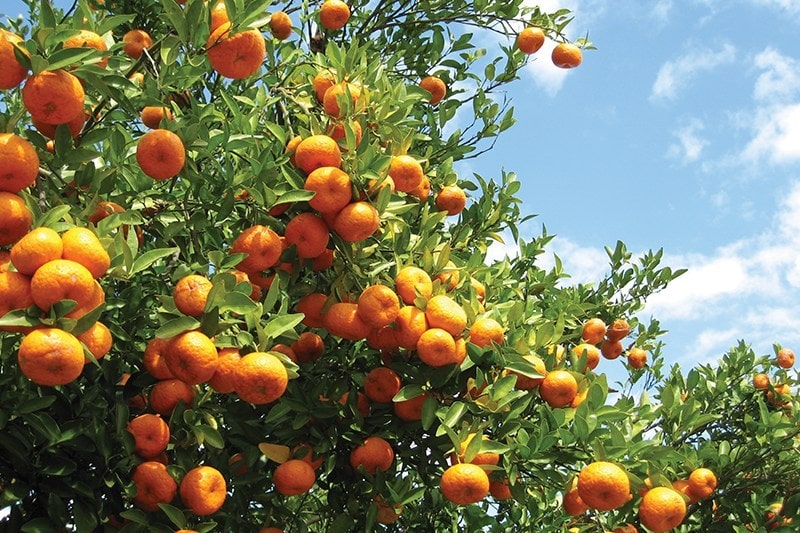 The state's current predicted production is also down 23% from last year.

In the U.S. Department of Agriculture’s most recent estimate of orange production, Florida fell behind California as it continues to see declines in predicted production — a telling sign of how the Sunshine State’s citrus industry is faring.

The USDA predicted a 7% decrease from March for all Florida orange production, from 55.5 million boxes to 51.7 million boxes, according to a monthly report released Friday. The state’s current predicted production is also down 23% from last year’s season.

The forecast predicts the number of 90-pound boxes the industry will produce in the 2020-2021 growing season, which ends in July.

While Florida has continued to see a reduction in its forecast as July approaches, California’s production has stayed steady. The most recent report put California at 52 million boxes, the same number from the March forecast.

In response to the numbers, Florida Agriculture Commissioner Nikki Fried released a statement expressing concern and acknowledging the challenges growers face in Florida.

“The Florida Citrus industry remains a vital part of our state’s economy,” said Shannon Shepp, executive director of the Florida Department of Citrus. “While we expect production to vary from season to season, today’s forecast provides an important reminder that we cannot take this industry for granted. Growers need our support so that they may continue to produce great-tasting Florida Citrus and support the small communities where citrus is grown.”

The struggle Florida growers face is reflected in this year’s proposed budget.

The Senate proposal, meanwhile, includes $17.7 million for citrus protection and research, with another $12.5 million to help the citrus industry market orange juice during the COVID-19 pandemic, to keep sales hearty as they have been with more people staying home.

“We got a bump on orange juice consumption because of COVID,” said Republican Sen. Ben Albritton, a citrus farmer from Wauchula. “But the way that the industry views that is that that won’t stick around forever. So, what we have to do is, we have to invest resources, invest funds to make sure that orange juice and citrus products with their Vitamin C and their disease-fighting capabilities, they are front of mind for the consumer.”