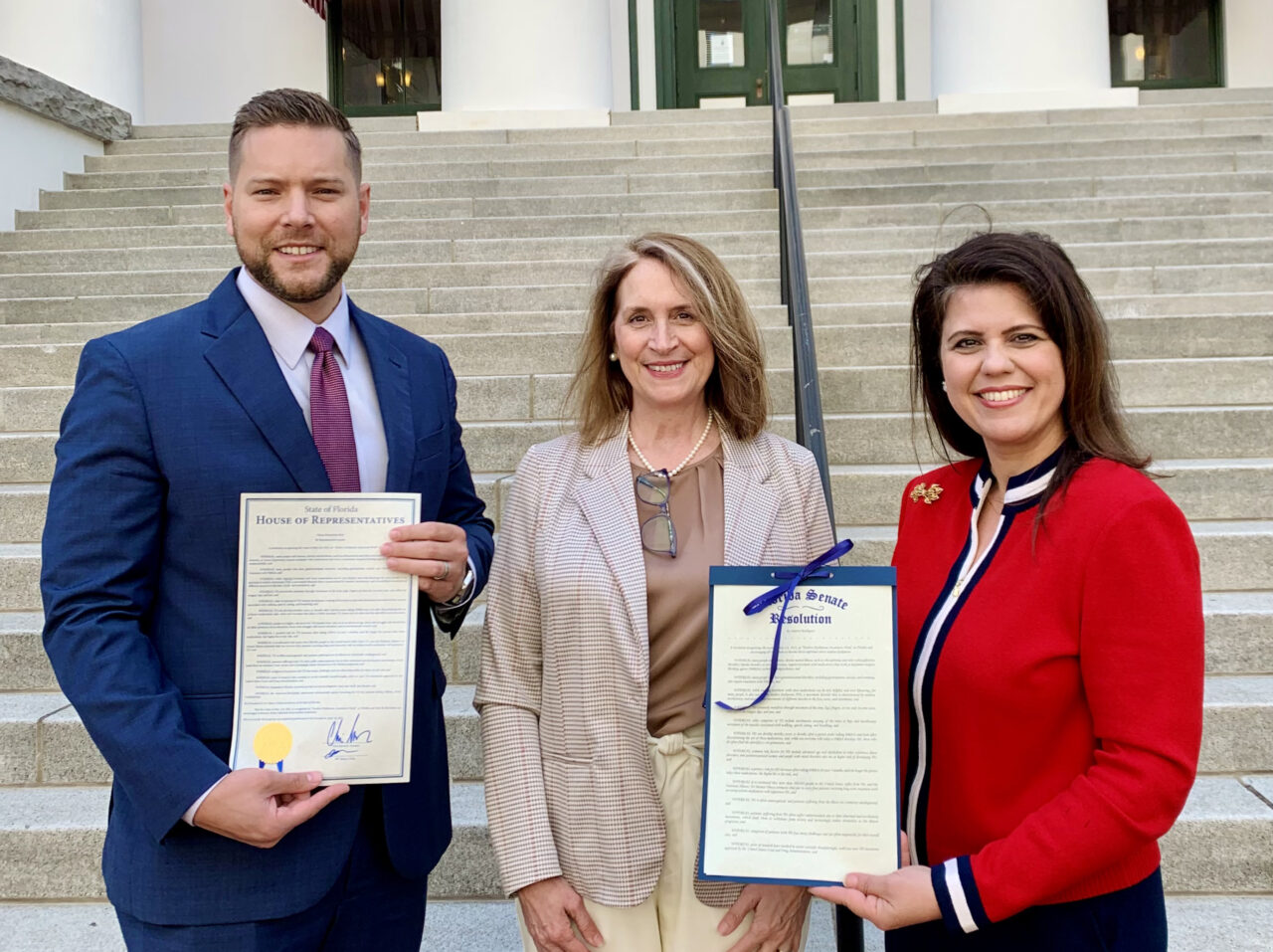 The movement disorder can be caused by antipsychotics used to treat certain mental health conditions.

The condition is described as “an involuntary, sometimes irreversible movement disorder that can occur due to use of antipsychotics, commonly prescribed to treat bipolar disorder, schizophrenia, and depression, or other medications,” according to an explainer from the Movement Disorders Policy Coalition.

Those medications work as dopamine receptor blocking agents (DRBAs) and can help treat those serious mental health conditions. But some patients also develop TD as a side effect — even long after they’ve ceased taking those medications.

Estimates show that more than half a million Americans suffer from TD. The National Alliance for Mental Illness pegs that number as around one-fourth of all patients who receive long-term treatment with antipsychotic medication.

Brown-Woofter’s group joined with Rodriguez and Snyder, who each sponsored respective measures during this year’s Legislative Session recognizing May 2-8 as TD Awareness Week (SR 2014, HR 8043).

“I am so honored to join Florida’s mental health community in recognizing TD Awareness Week during the first full week of May,” Brown-Woofter said.

“It is so important that we continue to raise awareness around this involuntary movement disorder, which significantly impacts people physically, emotionally and socially, and continue to educate our citizens about mental health.”

DRBAs can also be used to treat certain gastrointestinal disorders, such as gastroparesis and nausea. The Legislature’s resolutions not that alcoholism combined with the used of DRBAs can increase the chances of developing TD. Postmenopausal women and people with mood disorders also are at higher risk of developing TD.

The FDA recently approved two new treatments for TD, though patients taking these medications must be screened for potential TD symptoms.