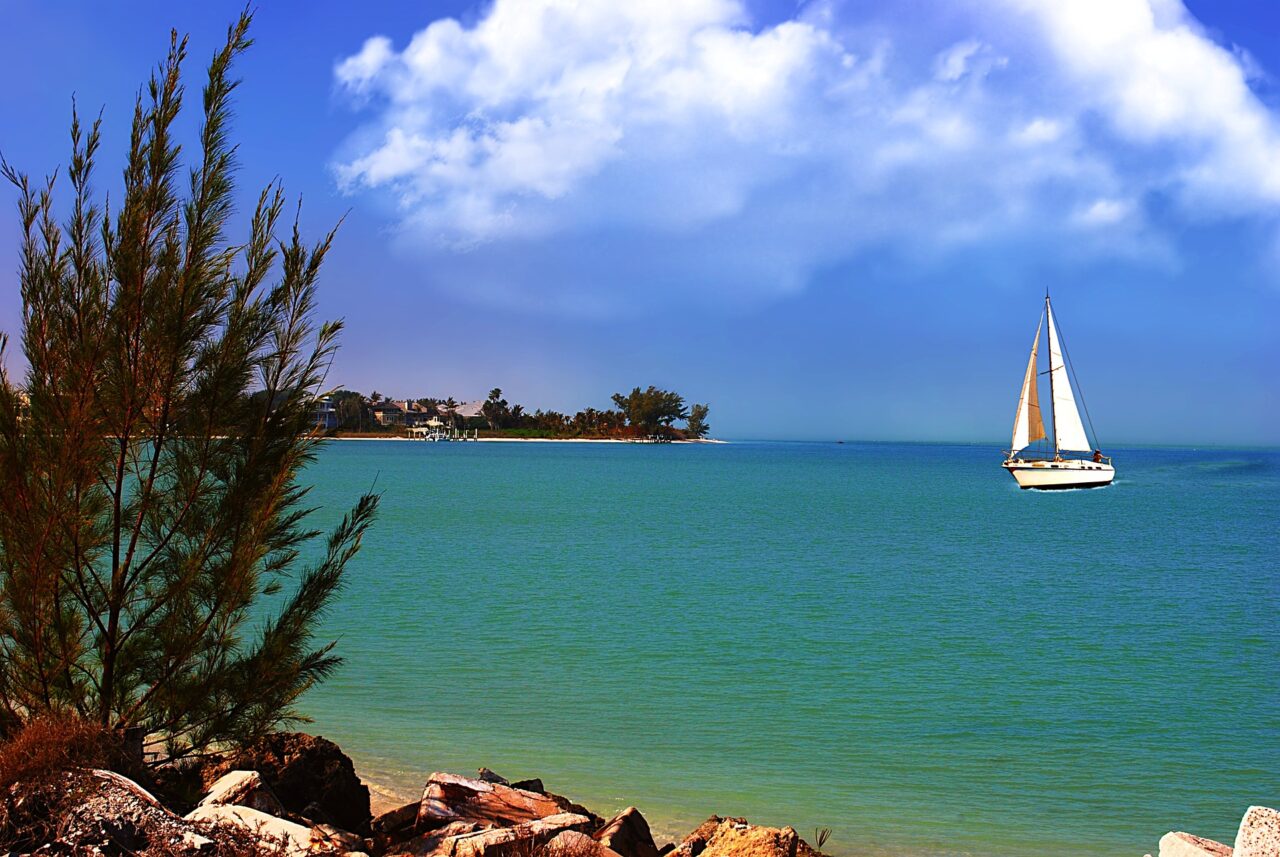 From Piney Point to Serena's Law, the story of Session was about the region.

Southwest Florida is home to a substantial portion of the GOP caucus in both chambers of the Legislature. So it makes sense that the region was a big winner emerging from the just-concluded Legislative Session.

But what does that get exactly? Plenty, based on budget wins.

The Heartland and wetland-rich region of Florida pulled in a large share of water quality spending, as well as support for various community needs in education and public safety. Lawmakers also stressed that some matters of policy passed this year that specifically serve Southwest Florida.

Here are some of the biggest wins directly impacting Southwest Florida.

There are sprinkles and then there’s the $100-million appropriation to clean up Piney Point. It took an environmental disaster and a federal bailout, but the most significant local line item in this year’s budget will be this nine-digit spend to drain and close down three water stacks in Manatee County.

Sen. Jim Boyd lists it without question as the top win for the region. He has been looking for money for the project since arriving at the House in 2011, and something really needed to happen 10 years before that. It took a mid-Session breach forcing the evacuation of more than 300 homes and the dumping of 200 million gallons of industrial wastewater directly into Tampa Bay, so the win certainly comes at a cost to a region fearful of feeding red tide. But this is a spend way overdue.

“Piney Point has been an environmental problem in the Tampa Bay area for decades. While it is important that we hold the private company responsible for the Piney Point calamity, we need to act now to make sure another breach or further environmental issues do not occur,” said Rep. Will Robinson, a Bradenton Republican

It’s the eternal ask in Southwest Florida, but that’s because the needs in Florida’s greatest ecological resource flow eternal. Landing roughly $360 million for the restoration this year, $100 million of it from the federal relief package, means plenty to a region where the Glades both serve as an attraction and a water resource. That includes $59 million for the Comprehensive Everglades Restoration Plan and $48 million for the C-51 Reservoir. But there was also action on the Everglades Agricultural Area Reservoir, the Lake Okeechobee Watershed Restoration Project and more.

Rep. Adam Botana, a Bonita Springs Republican called the water spending a top priority for his district, and Sen. Kathleen Passidomo, a Naples Republican, listed the Everglades spending as a priority to her Naples area district. Actually, lawmakers from the Heartland to South Florida all rank the spending high, showing why the Everglades earns so much attention each Session.

Sometimes the one thing it takes to pass good policy is to have one genuine constituent with an important story to tell. That’s the case with Serena’s Law, named for a Lee County girl victimized by an abuser who she thought was brought to justice, only to run into him again volunteering at an organization working with children. Serena brought her tale to Rep. Jenna Persons-Mulicka, a Fort Myers Republican. It turns out the very same public records shield laws protecting Serena’s personal information from entering public domain also kept any information on the assailant’s history from popping up in standard background checks. “This young woman shed light into a very dark place, and because of her, countless others will be protected,” said Persons-Mulicka, who crafted bipartisan legislation to close the records loophole.

Among the biggest appropriations wins was a $2.96 million sprinkle for State College of Florida’s Venice campus.

The money will be used to construct a new STEM building there. “It was a great Session, great policy and appropriations for greater Sarasota,” said Rep. James Buchanan, a Venice Republican who listed the item as one of the Session’s top prizes. Especially in the world of non-environmental spending, the budget item made the community college one of the top winners in the area. Robinson pulled in almost $1 million for a pilot program bringing a Steve Wozniak-originated curriculum to Palm View K-8 School.

Rep. Mike Giallombardo, a Cape Coral Republican, pointed to a $350,000 grant to Oasis Charter School for technology including 3D printers to beef up the project there.

Sen. Ben Albritton, a Wauchula Republican, said Florida’s Heartland landed some major projects this year, but no check compares in importance to the Right to Farm bill that has already been signed into law. It was a top priority for Senate President Wilton Simpson, but any rural area of Florida will benefit from having a farmer running a chamber this year.

That will provide real support to Florida agriculture,” Albritton said. The new law stops nuisance lawsuits filed against farming operations, often by residents of new communities built in areas that have a rich agrarian history that predates the subdivision economy. Lake Placid Republican Rep. Kaylee Tuck, for her part, feels a private property rights bill she ran with Persons-Mulicka will also prove a big win for agriculture.

Quite a few water and sewage upgrades made it into the appropriations budget. Sen. Joe Gruters secured $750,000 for a water booster station in Venice. Botana landed about that much for a sewer-to-septic effort on Sanibel vital to helping reduce pollution in the coastal community. Robinson notes a sewer main on Longboat Key, which last year broke and resulted in a spill into Sarasota Bay, will receive $1.25 million in funding this year. Rep. Bob Rommel, a Naples Republican, landed an appropriation for one of Florida’s smallest municipalities. “Everglades City is a very small city with limited resources and backs up to the Everglades National Park,” he said. “It was imperative that their failing water treatment plant got replaced and we did it.” While the region has its share of environmental areas lawmakers fight to protect, making sure the use of the restroom doesn’t feed groundwater pollution of coastal red tides has been a top priority for lawmakers in the region.

While it’s hard to nail it down as a simple policy or budget win, the development of a new Memorandum of Understanding between communities in southern Lee County and the South Florida Water Management District seemed to result directly from Session.

Sen. Ray Rodrigues, an Estero Republican, said it was legislation filed by himself in the Senate and Botana in the House that brought attention to the matter. “Without that we would not have seen this MOU,” he said. The problem, Rodrigues said, has been that Bonita Springs and Estero property owners pay into the Okeechobee District but actually are part of the Big Cypress Water Basin. Meanwhile, the communities see flooding about once a decade. The idea that the Legislature could force a fix by moving the tax base to a Collier County-centered district prompted negotiations. Now the issue has been addressed in a memorandum. “Sometimes it comes down to making deals,” Botana said.

Shoring up the coasts

Passidomo said a $600 million resiliency grant budget will assuredly help Southwest Florida even if specific uses are not itemized. “Initiatives to address sea level rise and flooding: $600 million to Resilient Florida Grants and an additional $100 million for coastal mapping services,” Passidomo listed in wins. “All of [this funding] will benefit Southwest Florida.” Buchanan similarly listed the programs as vital to his coastal district. The stretch of Florida from Bradenton past Naples indeed has some of the most uninterrupted stretches of beachfront in Florida, which comes with the risks of erosion and algal blooms.

Gruters said the particular economy of the region makes some of the business policies passed in Session this year a community victory. “We dealt with some COVID-19 issues and are helping businesses survive and come out stronger,” he said. Personally, Gruters has worked for years to level the playing field for local retailers by making online vendors collect sales tax. Gruters sponsored that and negotiated so the money will be used to replenish the unemployment trust and reduce the commercial rents tax. Rep. Spencer Roach, a North Fort Myers Republican said COVID-19 liability protections would make sure companies “are not unnecessarily subjected to frivolous lawsuits.” And Giallombardo said many small-business owners will benefit from home-based business legislation that removes barriers to entrepreneurship.