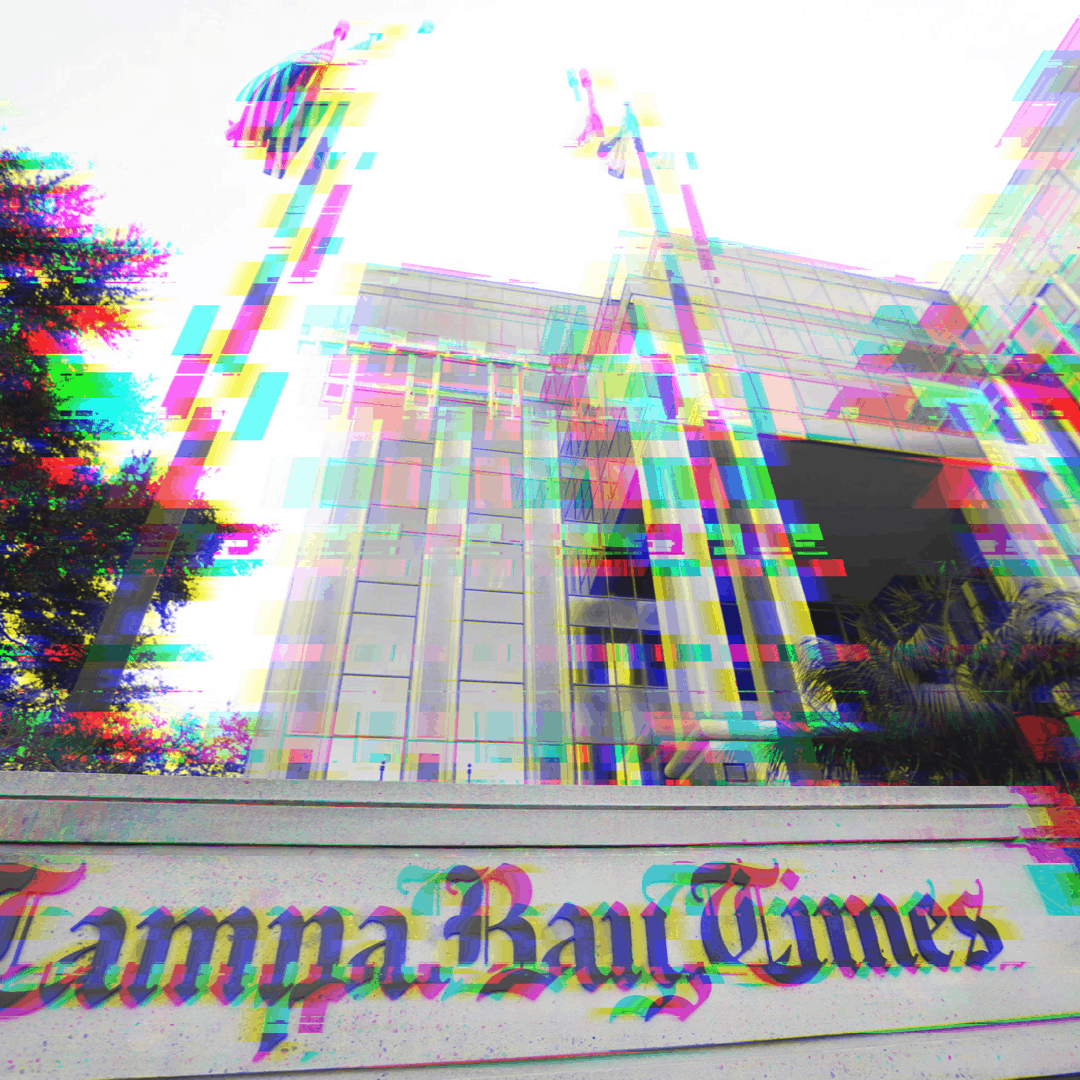 The Tampa Bay Times sent a notice to subscribers Tuesday boasting about reporting on a land deal that led to action and announcing it would be adding two new reporters to cover local politics.

It was an odd flex, considering the paper’s local government coverage, particularly in Pinellas County has been, well, lacking is putting it mildly.

“One will focus on Tampa Bay’s congressional and legislative delegations, looking to provide stories readers need to better assess what their lawmakers are doing. A second reporter will focus on Pinellas County, one of Florida’s most densely populated areas,” an email blast read.

To the paper’s credit, it acknowledged shortcomings.

“There are small towns with big personalities, beach enclaves familiar with controversy and, frankly, landscape we have largely ignored in recent years. Both positions will help us cover more ground,” the email continued.

Journalism is a competitive industry. Reporters, and their bosses in particular, are always itching for the scoop, and perturbed when another outlet gets it.

But despite the competition, journalists are, for the most part, an aligned bunch after the same goal — providing information to readers and holding people, institutions and companies in power accountable.

With that, we hope the Times is serious about its promise to hire two additional reporters and beef up its local political coverage. But the paper’s track record doesn’t exactly inspire confidence, particularly for readers in Pinellas County, where its expanded coverage is reportedly expected.

The shift away from Pinellas coverage has been going on since early 2012 when the paper dropped St. Petersburg from its name in favor of the current name, Tampa Bay Times.

It stung then for those who call the ‘burg home, but the shift made sense for the paper’s regional mission. So St. Pete lovers let it go.

For a while, local government coverage was booming, particularly during the Charlie Frago days when his dogged reporting kept tabs on all of the comings and goings at St. Pete City Hall and continued into the contentious 2017 mayoral race pitting incumbent Rick Kriseman against former Mayor Rick Baker.

But eventually the Times moved Frago from his coverage in St. Pete to cover Tampa government. Now, coverage is few and far between and, what little there is, is surface level at best.

There’s another mayoral election approaching and the Times’ coverage is almost non-existent.

The paper once had a Pasco bureau, an entity that often mattered to north Pinellas residents, too. But that too is now gone.

We get it, the Times is having a rough go, financially speaking. It’s been through round after round of layoffs. Surviving reporters and staff have suffered pay cuts and furloughs.

Much of that financial strife is part of the new challenge facing media everywhere — ad revenue is down and costs are up. Subscription models aren’t always enough in a digital age where content can almost always be found somewhere for free.

But while tough decisions had to be made (ignoring some of the paper’s own mistakes … like blowing millions on buying its competitor) the de-emphasis on Pinellas County feels like a slight to those of us on that side of the Bay.

And it’s just one page in a growing list of reasons to question the area’s newspaper of record’s current usefulness and longterm viability.

The latest subscriber email, sent to subscribers who already saw daily newspaper delivery cut to just two days a week in a product that once stretched the limits of its little baggy, but now feels like a classmate’s cheat sheet, came just days after two reporters publicly left the paper.

Josh Solomon tweeted last week that he was leaving his post as the St. Pete City Hall reporter next month. If buzz around the industry is accurate, he has been working through much of the pandemic from out of state. Solomon said he’s leaving to pursue a law degree.

Difficult to promote this job without addressing the obvious: It's my job. I'm leaving the @TB_Times next month. I'm going to pursue law school, a dream I've had for awhile now.

Health and Medicine reporter Megan Reeves tweeted her departure the day before Solomon.

I have left @TB_Times after nearly six years of telling stories across the Tampa Bay region. On Monday, I will join other former Times journalists at a local health care company, working as a marketing and communications specialist.

“On Monday, I will join other former Times journalists at a local health care company, working as a marketing and communications specialist,” she wrote.

Those in the trenches of journalism often call shifts to marketing and communications gigs, “going to the dark side,” or some variation there of.

Why do they make the jump? Usually shifting careers comes with a heft pay bump.

Sara DiNatale, the paper’s former retail, tourism and workplace culture reporter, also recently left the paper for a gig in, get this, Mississippi. She tweeted, after Solomon announced his departure, that she didn’t leave the paper “just because my partner is currently in Mississippi.”

No, her reason was much worse.

“I left because I was done dealing with the pay gaps at the Tampa Bay Times,” she wrote.

The comment came in response to Solomon promoting the opening for his job and posting his exiting salary: $47,000. She followed that up with another tweet, lamenting her own $42,000 salary, which she claimed might not even have grown to that (from $39,000) had she not “had another job offer,” which “slightly forced” her wage up “a few years ago.”

I, and other female reporters, were (and are) consistently among the lowest paid reporters. I was making only $42,000 and efforts to get raises weren’t taken seriously. I’d probably still be making $39,000 had another job offer not slightly forced my wage up a few years ago.

Taken together, all of this spells a continued degradation to the once beloved Times’ product.

They still do good work. The recent expose on the state’s only lead smelter is without a doubt important journalism. It took a team of reporters and months upon months of research. Smaller outfits often just don’t have the resources to take on such involved investigative projects.

There are past examples, too — Failure Factories, Zombie Campaigns, Heartbroken, Biking While Black. Look them up; they’re worth the read. But they are sparse.

As important as Pulitzer-winning reporting is for journalism broadly, it’s often the day to day — what’s on the city council agenda, who’s running for office, when might your utility bill go up — that readers rely on their local paper for most.

With the latest Times departures and the probably appropriately timed promise to fill a void, locals should hope it’s not hollow. Because evidence suggests it’s just another slash to local reporting.

previousJoe Henderson: A long legal battle is ahead for Florida's Gaming Compact