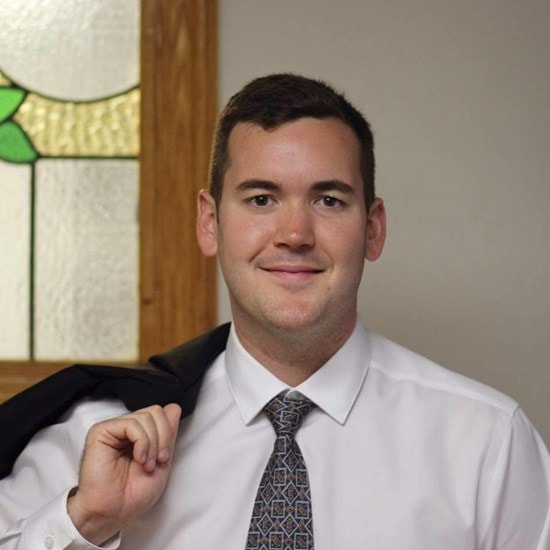 Blackmon's entrance adds a partisan dynamic to the race.

St. Petersburg City Council member Robert Blackmon is officially running for Mayor after filing paperwork with the city to join the race Tuesday.

Blackmon, a Republican, has served on City Council for less than two years after being first elected in 2019.

There is only one other Republican candidate in the race for Mayor, Realtor Vincent Nowicki. Nowicki, however, lacks Blackmon’s name recognition and elected experience, giving Blackmon a lane in the hotly contested race as a viable conservative option.

Though the race is nonpartisan, two Democrats — City Council member Darden Rice and former Pinellas County Commissioner Ken Welch — have long been considered the front-runners in the race.

Blackmon is likely to pick up support from the Rick Baker wing of St. Pete’s political class, many of whom supported him in his initial run for office in 2019.

Blackmon’s entrance in the race should be a welcome relief among conservative voters, giving them an option likely more viable than Nowicki, who is relatively unknown in the area and has thus far raised just $22,000 for his bid, a pittance compared to both Rice and Welch who cracked six figures long ago.

Like Blackmon, Newton had been a part of the Baker sphere of influence, lending his name as a Democratic supporter for the Republican former Mayor. Any support he hoped to get from that group would likely either shift to Blackmon or be split significantly. Newton has thus far failed to raise the types of funds needed to win in a citywide race, bringing his viability as a candidate into question. As of the end of April, Newton had brought in just $17,000.

Blackmon’s bid sets up an interesting dynamic between himself and Rice. Rice backed Blackmon in his 2019 City Council bid, angering many of her Democratic supporters. Rice has also collected significant cash from Baker world, lending to the question as to whether that support might dry up with Blackmon in the race.

Blackmon faces several challenges in the race. He’s getting a late start compared to both Rice and Welch. Rice began raising funds in early 2019 and has brought in nearly $650,000 as of the end of April between her committee, Friends of Darden Rice, and her official campaign account.

Meanwhile, Welch began raising funds in late 2019 and brought in about $282,000 between his committee, Pelican PAC, and his official campaign account.

That’s a big funding gap to fill with just three months before the Primary Election on Aug. 24.

St. Pete also leans blue in voter registration, making a path for a Republican, even in a nonpartisan race, difficult. Democrats hold a nearly 40,000 voter advantage with 89,644 registered Democrats and just 50,298 Republicans. There are another 48,343 no-party-affiliated candidates, meaning there is a path, however.

Blackmon propelled himself to victory nearly two years ago in part because he ran against a flawed candidate who failed to gain traction but also as a moderate who had no interest in partisanship.

His tone in recent months has changed slightly, frequently challenging current Mayor Rick Kriseman, a Democrat, over COVID-19 policies. But, he’ll likely again try to run as a centrist Republican.

The top two vote-getters in the August Primary will advance to the November General Election. That means if Blackmon can claim the city’s Republican vote, he could pose a challenge to Rice and Welch, who are both staking out the liberal lane in the race.

Before his entrance, both Rice and Welch were expected to advance to the November election. Still, with Blackmon in the race, one of the two could find themselves edged out, setting up a potential for a more partisan election the likes of what voters saw four years ago when Kriseman faced Baker.