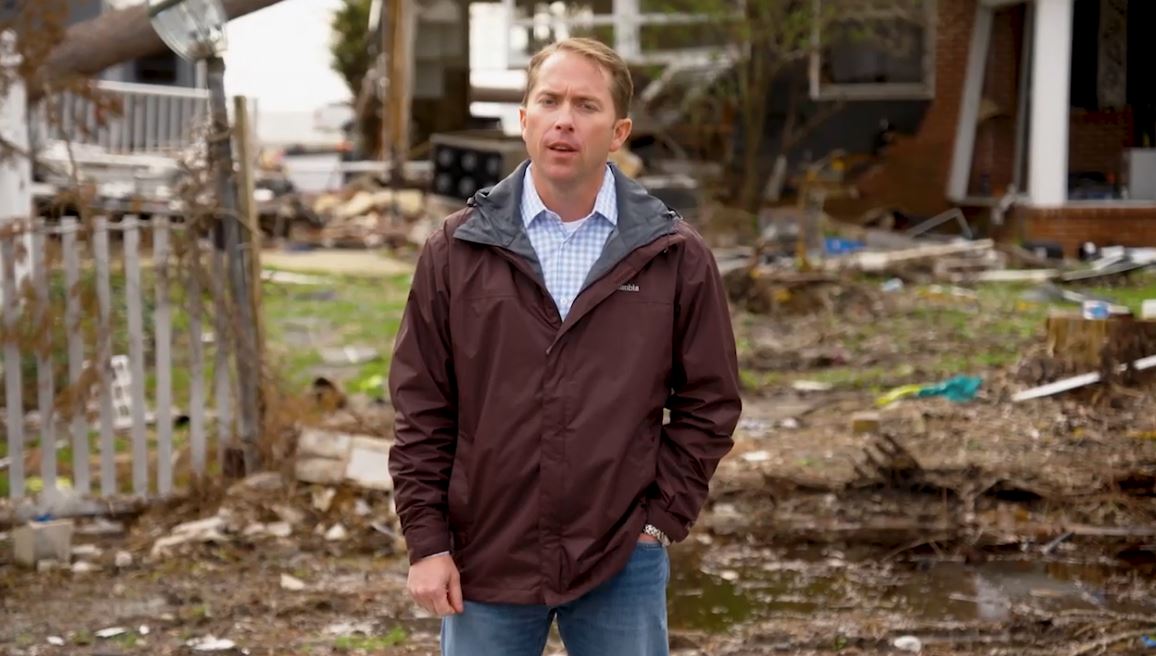 Shoaf said state budgets put toward projects in rural areas, like his district, should not be judged to the same standards as the rest of the state.

After several northwest Florida projects were flagged as “budget turkeys,” Rep. Jason Shoaf is making the case to Gov. Ron DeSantis that the state should still fund these local projects.

After the 2021 Session, Shoaf, a Republican from Port St. Joe in North Florida, included among his accomplishments $1 million for the Liberty County Jail improvements, $1.2 million into the Jefferson County Sheriff’s Office Emergency Communication System and $650,000 for the Madison County Agricultural and Expo Center.

But now those items could be on the chopping block after being included in the Florida TaxWatch annual budget turkey report.

According to Florida TaxWatch, budget turkeys are projects (usually regional) that are better funded by local or private spending, appropriations that circumvent competitive bidding or are not a core function of government. The group stresses that the turkey label doesn’t mean the project is a bad idea; they just mean that the project should not be funded either with state funding or as a last-minute budget item that was added without normal vetting procedures.

While the number of Shoaf priorities labeled as budget turkeys is a small portion of the total $29 million in funding for projects that affect his district, Shoaf’s constituents, such as Mark Willis, a cattle rancher and business owner in Jefferson County where $1.2 million in law enforcement funding is on the line, want to see these projects funded.

“He’s a great advocate for these rural communities,” Willis said. “You know how unique we are in North Florida, and (Shoaf) fought tooth and nail for us.”

That fight is not over. Florida Tax Watch suggests DeSantis should use his line-item veto authority to veto budget turkeys. DeSantis has vetoed budget turkeys in the past. Last year he vetoed 82% of the items on the list, according to Florida TaxWatch President and CEO Dominic Calabro, and the Governor averaged around 70% during his years in office.

But Shoaf said state budget put toward projects in rural areas, like his district, should not be judged to the same standards as the rest of the state because a large portion of the land is locked up in federal and state programs, like Florida Forever, a state land conservation program.

“The majority of our land is owned by the state or federal government, and therefore our tax bases are extremely restrictive,” Shoaf said. “These communities can’t tax their way out of this. They can’t generate enough revenue at the city or county level to pay for these projects.”

Shoaf insists that his projects are important to communities. He proposed the Jefferson County Sheriff’s Office Emergency Communication System after the Sheriff told him that he could not rely on the radio when he needed to call for backup during an arrest and had to borrow a receptionist’s phone.

Money for the Liberty County Jail is needed because outstanding damage from Hurricane Michael means the county jail is housing inmates from surrounding areas, Shoaf said.

“Unless we decide to put that land back in private hands,” Shoaf said, “the state will always have a responsibility to help them offset that loss in tax base.”

Shoaf said he has spoken with the Governor’s Office about the importance of his priorities and how he thinks state funding should play a larger role in rural districts like his.”

While fiscal conservatism is a hallmark of the Republican Party, which includes DeSantis, Willis thinks the priorities in his small county will survive any cuts.

“You can never tell what the Governor will do. Gov. DeSantis has stood up when a lot of other people will sit down,” Willis said, “and I really expect him to sign it.”