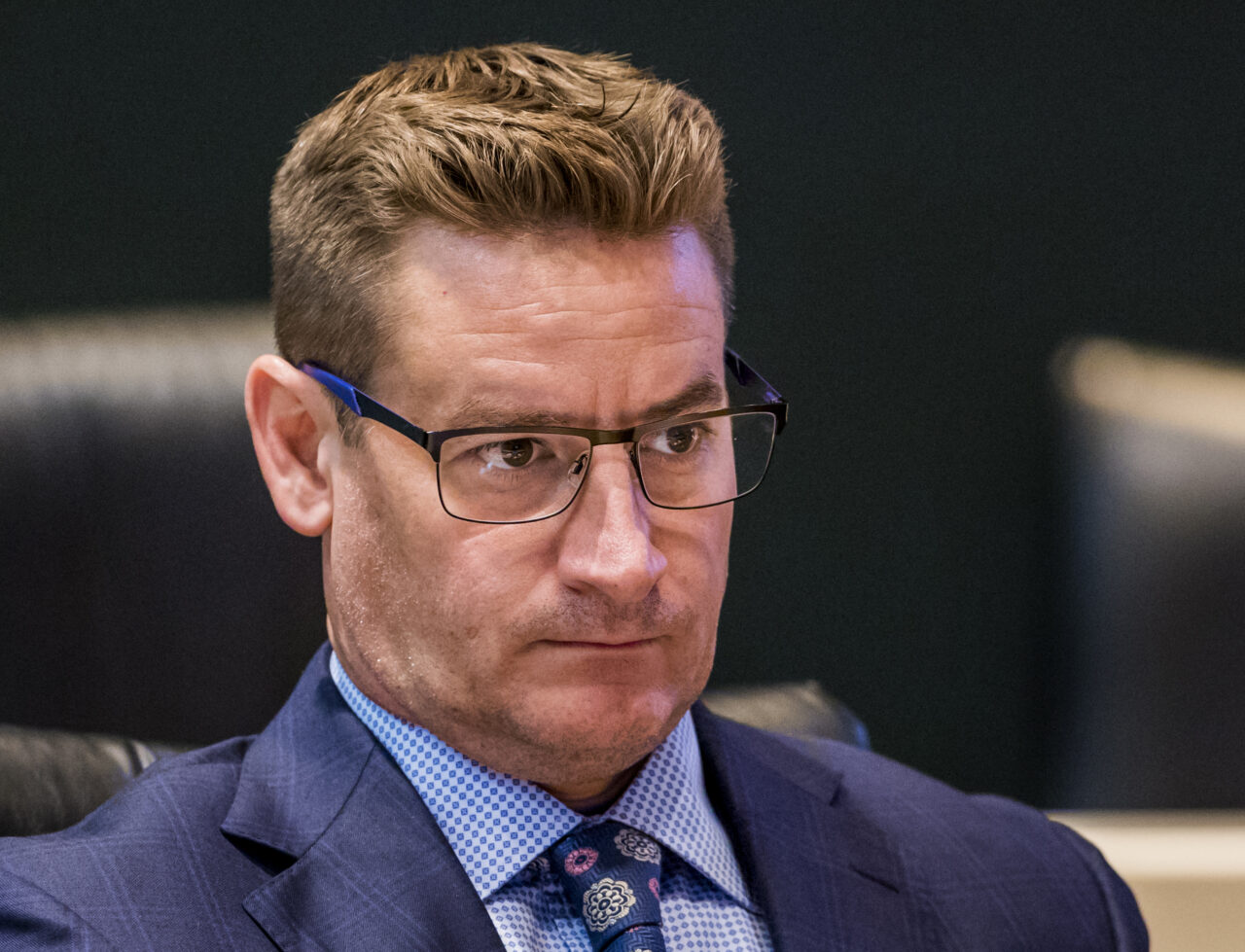 Steube is sending a letter to the Army Corps asking to resist calls to drop the lake's water levels.

Republican U.S. Rep. Greg Steube is pushing back against calls to lower Lake Okeechobee’s water levels as the U.S. Army Corps of Engineers continues formulating new guidelines for the lake.

“I write to you concerned about politicizing the process that puts at risk proper management of Lake Okeechobee,” Steube said in the letter, obtained by Florida Politics.

“Specifically, I strongly urge the Army Corps of Engineers to reject calls to drastically lower the level of water in Lake Okeechobee or to develop a regulation schedule that does not fully implement the authorized purposes of the federal project. I further urge the Corps to emphasize the science-based nature of its decisions that will ensure the Lake is managed to benefit the Lakeside communities and all of South Florida,” Steube wrote.

Some officials — even members of Steube’s own party — have asked the Army Corps to lower those baseline water levels as the organization updates its Lake Okeechobee System Operating Manual (LOSOM).

Republican Rep. Brian Mast, one of Steube’s colleagues in the House, has been among the leaders of that charge. Mast has consistently pushed the Corps to keep Lake O’s water levels on the low side.

The debate over Lake Okeechobee is one of the most visible intra-party battles among Florida Republicans. Prior to the 2021 Legislative Session, a call by Senate President Wilton Simpson to fund construction north of the lake led to a sharp rebuke from Mast, where he accused Simpson of “pitting north versus south.”

As to the lake’s water levels, Mast argues lower levels will lessen the need for discharges, which can spread toxic blue-green algae. In late April, Mast held a news conference in Pahokee calling attention to an algal bloom which had reached the city’s marina.

Steube’s letter doesn’t call out Mast, or any other individual officials, by name. But the debate over lake management has raged for years, and with the Army Corps’ decision looming, Steube is making clear he’s siding with officials who are against dropping the lake’s water levels further.

“While discharges need to be managed taking into consideration the risk of harmful algal blooms, it would be bad policy for Florida and unfair to the rest of the region to cave to political pressure,” Steube added.

“The Lake is our shared resource in Florida and our shared responsibility; and attempts to pressure the Corps to neglect its responsibility to meet all project purposes and cause undue hardship and harm to other areas in the region while protecting one region should be rejected out of hand as unfair and unrealistic.”

That water can get into other waterways, however, and often carries toxic algae which grows inside of Lake Okeechobee.

Some officials have argued that a lower baseline water level would reduce the need for those discharges. But low water levels can also cause problems. Farmers rely on the lake as a water source, as do several local municipalities, such as West Palm Beach. If the water levels are low and a dry spell hits, that supply chain can be cut.

In his letter, Steube points to risks for “water supply, fishing, navigation and recreation” if the lake’s levels are too low.

The debate will continue as the Army Corps looks to settle on a new regulation schedule for Lake Okeechobee. Mast has accused U.S. Sugar of holding outsized influence over the Army Corps. But in Steube’s letter, he says pointing the finger at farmers is wrongheaded.

“Pushing the blame on families who have farmed for generations obfuscates the purposes for which the Lake is to be managed,” Steube said, again without blaming anyone by name.

“Floridians relying on the Lake for farming, tourism, and support for their small businesses provide vital economic activity and contribute greatly to feeding our nation. They should be given the respect they deserve, and ought to be supported and considered as an integral factor when discussing Lake regulation schedules.”

Steube’s letter closes by asking the Corps to stick to “a science-based process” that meets the needs of farmers, residents and the environment.