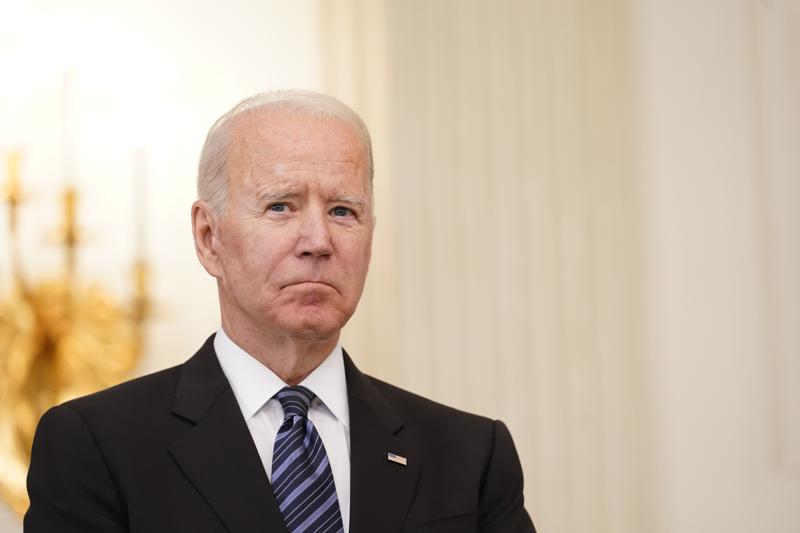 Approval of both bills by Congress remains a long haul with this summer’s initial votes expected in July.

President Joe Biden is hoping to get the bipartisan infrastructure deal on track by highlighting its expected economic benefits, stressing its $973 billion would include the largest investment in transportation in nearly a century and millions of jobs would be created.

White House officials issued an internal memo highlighting the impact on jobs and growth ahead of Biden leaving Tuesday for Wisconsin to make his case directly to voters. The memo, obtained by The Associated Press, notes that the total is four times the size of the infrastructure investment made a dozen years ago in response to the Great Recession and the biggest infrastructure package since Franklin Roosevelt’s New Deal.

It also emphasizes an analysis suggesting that 90% of the jobs generated by the spending could go to workers without college degrees, a key shift as a majority of net job gains before the pandemic went to college graduates.

“This is a blue-collar blueprint to rebuild America,” the memo says.

Potential economic gains were a shared incentive for the group of Democratic and Republican senators who agreed to the deal on Thursday. But the process briefly fell into disarray as Biden suggested the deal would be held up until he also received a separate package for infrastructure, jobs and education that would be determined solely by Democrats through the budget reconciliation process.

Biden said Saturday that this was not a veto threat and by Monday the package appeared back on track.

White House Press Secretary Jen Psaki said Monday that Biden is “eager” for both bills to be approved by Congress and is going to “work his heart out” to make it happen.

“The president intends to sign both pieces of legislation into law,” Psaki said at her daily briefing.

Approval of both bills by Congress remains a long haul with this summer’s initial votes expected in July. Senate Republican Leader Mitch McConnell questioned the legislative process ahead and mounted fresh obstacles speaking Monday in Kentucky.

McConnell said he has not yet decided if he will support the bipartisan package, but he wants Biden to pressure House Speaker Nancy Pelosi and Senate Democratic leader Chuck Schumer to say they will allow the bipartisan arrangement to pass without mandating that the much larger and broader follow-up bill be in place.

“I appreciate the president saying that he’s willing to deal with infrastructure separately, But he doesn’t control the Congress,” McConnell said at a press conference in Louisville.

The two bills had always been expected to move in tandem, and that is likely to continue as Biden drops his veto threat but reaches across the aisle for the nearly $1 trillion bipartisan package and as well as his own broader package. The Democratic leaders are pressing ahead on the broader bill, which includes Biden’s families and climate change proposals as well as their own investments in Medicare, swelling to some $6 trillion.

The Democratic leaders did not immediately respond to McConnell’s remarks.

The prospect of additional economic gains might be a way to garner public support and soothe partisan tensions. Biden also faces pressure from Democrats such as New York Rep. Alexandria Ocasio-Cortez, who told NBC’s “Meet the Press” that the spending isn’t as huge as it might seem because the sums are spread out over multiple years.

The eight-page White House memo comes from Brian Deese, director of the National Economic Council, and senior adviser Anita Dunn. It indicates that the $110 billion for roads and bridges would help relieve traffic and congestion that costs the economy over $160 billion annually. The memo justifies the $48.5 billion planned for public transit by citing studies that link light rail and buses to increased earnings and employment for workers. It defends the $66 billion for repairs and upgrades for rail lines by saying that current delays and disruptions weigh on growth.