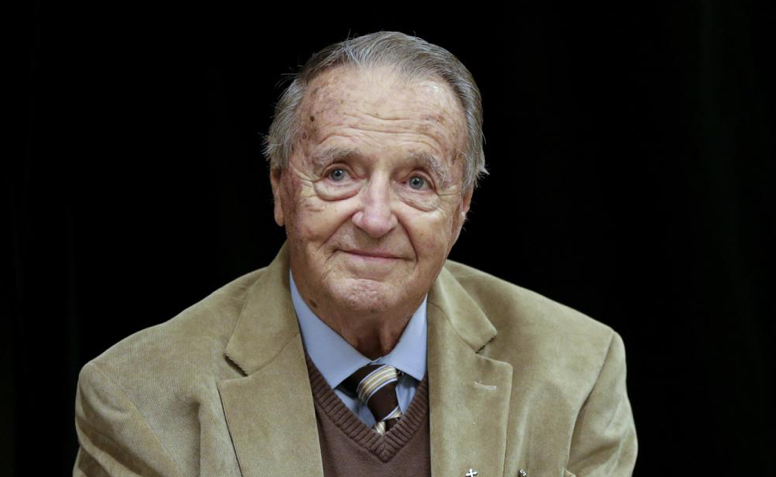 In death, as in life, Bobby Bowden cut across divides of Florida to reveal what matters to Floridians regardless of partisan stripe: faith, family, football, sportsmanship, humanity, success.

The legendary coach’s death Sunday morning drew a quick outpouring of grief and payments of respect from Florida leaders across the spectrum, many through Twitter.

“Coach Bobby Bowden lived a remarkable life and leaves an incomparable legacy. He created a dominating football program that produced championships and many great players. Coach Bowden also prepared his players to be leaders in their communities, and many have made a great impact across Florida and beyond. Most importantly, he lived his life guided by a strong faith in God, dedication to his family and service to his community. RIP to a truly great man and legendary Floridian, Coach Bobby Bowden.”

“Coach Bowden was a great coach…..but an even better man The way he shaped young men & treated others was a powerful testimony of his faith in Jesus Christ And as I saw first hand, if he got into a recruits living room that recruit was going to @FSUFootball Rest in peace Coach.“

“Florida & @FloridaState have lost a legend. Ann & I are so sad to learn of Coach Bowden’s passing & are praying for Ann Bowden & their family. A man of deep faith & outstanding leader, his legacy will live on in the hearts & actions of countless students, coaches & young leaders.”

“Bobby Bowden was a great coach and an even better human being. He touched so many lives and made Floridians proud — he was our own. My heart goes out to his family, former players and fans across our state.”

“Our thoughts are with the entire @Seminoles community. RIP Coach Bowden.”

“As an FSU grad and lifelong Seminole fan, my family and I looked up to Coach Bowden as a giant among men, a visionary leader on and off the football field. RIP coach. While we mourn your passing, we’ll forever celebrate your life and honor your legacy. “

“The world has lost a man whose legacy on and off the field will never be forgotten. I have always admired Coach Bowden’s inspiring leadership, strength of character, unwavering faith, and grace under pressure. May his memory be eternal!”

“Coach Bowden was a remarkable man and legend who embodied the true spirit of a Florida State Nole! My prayers are with the Bowden family today.”

“The @FloridaState family lost one of its greatest today. Coach Bowden despite all of his success on the field will be remembered for the life of integrity he led off the field, his faith in God, and the investments he made in so many young men. Thank you, Coach, for everything.”

“Bobby Bowden made remarkable contributions to the football community and the lives of his players. He will be dearly missed.”

“Bobby Bowden’s career was defined by hard-fought victories & championship moments, but his legacy as a coach, mentor, & believer was cemented by his action off the field. He helped impact countless lives and FL is a better place because of his service and dedication. RIP Coach.”

“So glad my brother Drew got to play for this incredible man. A person of faith, character and kindness. Coach Bowden taught his players about more than football. The world is a better place because of Coach Bowden. He finished his race! Condolences to the Bowden Family.”

“Perfectly said for a man who’s legacy, in spite of all of the wins, is more significant off the field than on.”

“Riverboat gambler…king of the one liners…fearless coach…great recruiter & speaker. Thank you Coach Bowden for all you did for FSU & this state, for the great memories you created for my family & so many Nole fans, and for impacting so many young lives. RIP Bobby!”

previousWinner and Loser of the Week in Florida politics — Week of 8.01.21