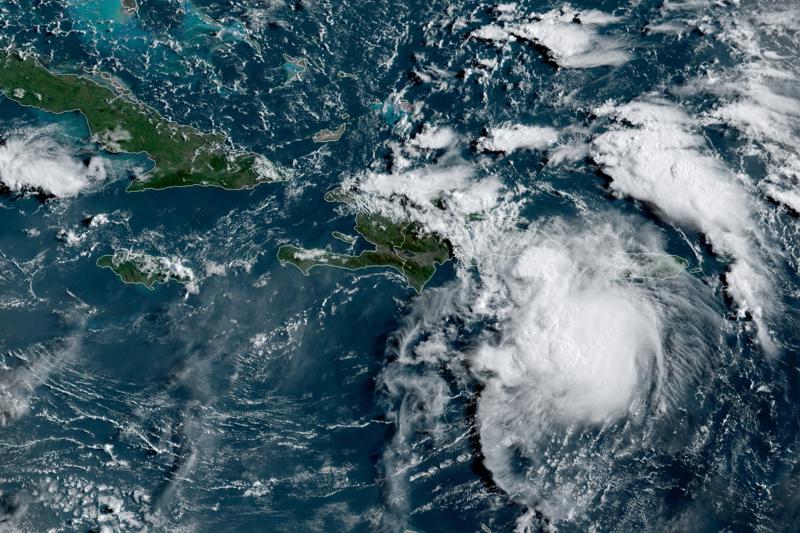 Tropical depression Fred was moving along Cuba’s northern coast and could regain tropical storm status as it moves toward the Florida Keys on Saturday and southwest Florida on Sunday, forecasters said.

Meanwhile, east of the Caribbean Sea, forecasters are watching a tropical depression that they said would likely become Grace, the seventh named storm of the Atlantic hurricane season. A tropical storm warning was in effect for several islands, including Antigua and Barbuda, Anguilla, Saint Martin and Saint Barthelemy. A tropical storm watch was in effect for the British Virgin Islands, U.S. Virgin Islands and Puerto Rico.

The Miami-based National Hurricane Center said Fred had maximum sustained winds of 35 mph (55 kph) and was dropping heavy rain over parts of Cuba, where the main threats were rain and flooding. A tropical storm warning was discontinued Friday night for a portion of the Florida Keys, including Florida Bay. The warning remained for the Florida Keys west of the Seven Mile Bridge to the Dry Tortugas.

Forecasters said little change in strength was expected in the coming hours, though Fred could regain tropical storm status again on Saturday.

The hurricane center said 3 to 6 inches (7.5 to 15 centimeters) of rain were expected across the Florida Keys and southern peninsula by Monday, with isolated maximums of 8 inches (20 centimeters).

Meanwhile, 23 Florida counties are under a state of emergency.

The impacted counties include:

In a statement, Moody noted that price gouging law applies only within the area of a declared state of emergency.

“With Tropical Depression Fred approaching our shores, I’m urging all Floridians to be prepared,” Moody said. “I’ve activated the state’s price gouging hotline to accept reports of extreme price increases of essential goods in areas covered by the declared state of emergency.”

Fred threatens Florida as the sixth named storm of the Atlantic hurricane season.

The agency now forecasts a 70% probability of 15 to 21 named storms. They expect seven to 10 hurricanes — three to 10 of which could develop into major hurricanes.

previousBlake Dowling: The show must go on …

nextThe masks are not coming off: Broward schools indicates willingness to fight as feds offer aid