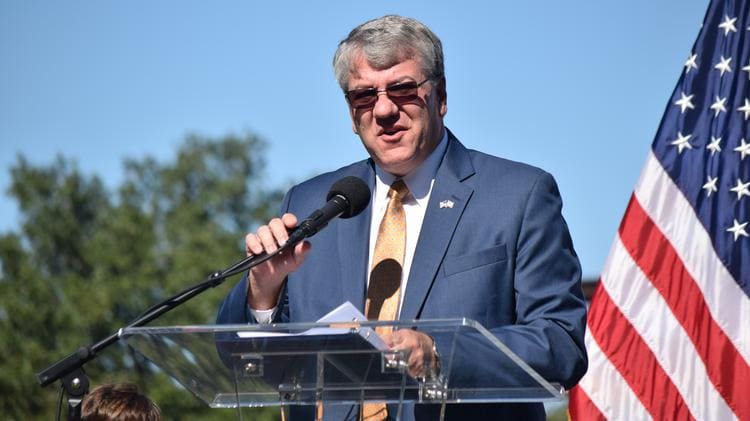 Florida Department of Transportation (FDOT) Secretary Kevin Thibault says growth in autonomous and electrical vehicle technology will impact not only Florida’s roadways, but its universities and agency workforce as well.

At a Thursday meeting of the Florida Transportation Commission, Thibault told attendees he has been reaching out to universities to ensure students are prepared for impending changes in the coming years.

“I have, over the last couple of weeks, had targeted discussions with some of our key universities in this state that do provide us our talent pool to get with their students early,” Thibault said Thursday.

“Our future, probably, is going to be even less civil engineers than we have today because of the autonomous, connected and electric vehicles that are going to be out there.”

Instead, Thibault said his agency is likely to lean more on those with computer or electrical expertise.

That’s in part because of how those vehicles function. Autonomous vehicles will increasingly rely on a capability to send signals and interact with roadways, with the goal of increasing safety and reaction times. Electrical vehicles will rely on charging stations to stay functional during longer trips.

That has led Thibault to consult with universities to have his top staff meet with students and discuss what the future of Florida’s transportation workforce looks like.

“We’re trying to lay that foundation,” he said.

State and local officials have moved forward in recent years to make it easier for those vehicles to reach Florida’s roadways. Those changes could be accelerated by the bipartisan Infrastructure Investment and Jobs Act, which was recently approved in the U.S. Senate. The House plans to vote on the bill by the end of September. That legislation is the smaller of two infrastructure bills being worked on in Congress.

“Florida would get close to $200 million in that allocation based upon the act as envisioned by the Senate,” Thibault said.

But he also noted there’s more work to be done on how those funds will be distributed. Thibault says he plans to work with the Federal Highway Administration on the final rules, which will include details on where those charging stations can be placed.

Thibault spoke positively Thursday regarding the bill’s impact and funding for Florida.

“This bipartisan act makes significant progress on overall funding, distributing 90% of the total funding from the Highway Trust Fund by formula, while not changing the share of formula each state receives,” Thibault said.

“If passed and if signed by the President in its current form, the act would increase funding for core programs by $13.5 billion for Florida.”

Thibault did, however, criticize the legislation’s method for doling out bridge funding to individual states.

“Florida would get about $245 million in that formula, but it’s a small, small percentage of the overall allocation,” Thibault said. “The formula they’re using is based upon the number or poor and/or fair bridges that a state has in its inventory. Well as many of you know, we don’t have too many of those.”

Thibault says that’s because Florida is one of the most vigorous states in the U.S. when it comes to upkeep of its bridges.

“We do that proactively, not only because state law requires us to, but because we believe that’s the best thing to do,” he said.

But overall, Thibault spoke highly of the Infrastructure Investment and Jobs Act, which still faces hurdles in the House before final passage.

“What the act tried to do was get all boats to rise, and they obviously did.”