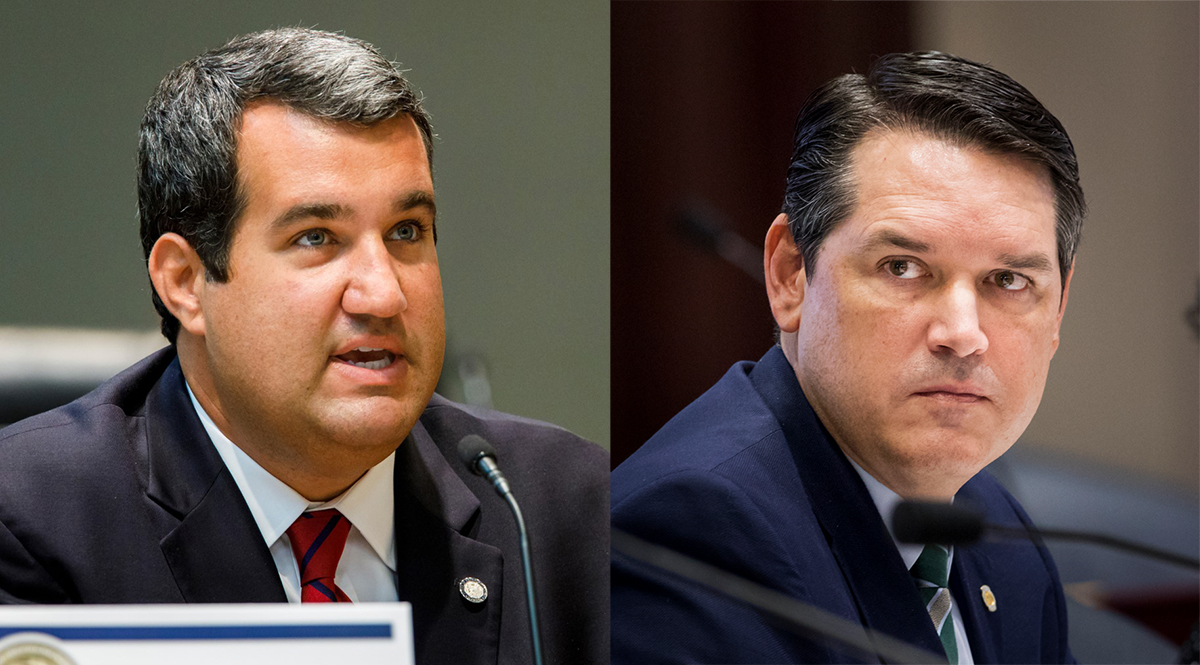 Northeast Florida and the Space Coast will have significant influence in the once-a-decade process.

Rep. Tom Leek, an Ormand Beach Republican, had already been tapped to head the full Redistricting Committee in the House.

The assignment of Sirois, a Merritt Island Republicans, and Byrd, a Neptune Beach Republican, means the Space Coast and Northeast Florida will boast outsized pull drawing maps for Florida’s soon-to-be 28 congressional districts and its state House and Senate seats.

Byrd’s assignment notably comes a day after he announced he would seek a fourth term in the Florida House after abandoning a bid for Senate. Byrd pulled out of his run for higher office after Senate Republican leadership threw its support behind Rep. Clay Yarborough in Senate District 4. With that 2022 intrigue in the rearview, the new appointment means Byrd holds a significant hand in setting up the political terrain for House and Senate races over the course of the next decade.

“A once-in-a-decade event, redistricting requires seriousness of purpose and translation of complicated concepts to common-sense language. I can’t think of anyone better suited than Cord Byrd,” Sprowls tweeted. “I’m proud to appoint him as Chair of the State Legislative Redistricting Subcommittee.”

The Representative thinks Sprowls made his picks because he wants lawmakers respected by leaders in both parties.

“This is a political process dealing with politicians,” Byrd said. “You need people who have shown an ability to listen to all sides.”

That said, Byrd’s choice is already raising eyebrows among some for the Representative’s ties to the far right.

Byrd said his first priority will be studying case law and important legal opinions about the process.

“I probably haven’t read a redistricting case since law school, which was 25 years ago, so my first task is to get up to speed,” he said.

Sirois, a second-term Representative, also just launched a bid for reelection. He serves as the Majority Whip for the Health and Human Services Committee.

“As the HHS Whip, Tyler Sirois embodied qualities of hard work, thoughtfulness and a positive attitude,” Sprowls posted. “They will serve him well in the challenge of drawing Fla.’s new Congressional maps. I am proud to appoint Rep. Sirois as Chair of the Congressional Redistricting Subcommittee.”

Meanwhile, Sen. Ray Rodrigues, an Estero Republican, chairs the Senate Redistricting Committee. No subcommittee chairs have been announced in that chamber.

Florida’s redistricting process under a GOP-dominated Legislature will be among the most closely watched in the country. That’s partly because the U.S. House of Representatives remains tightly divided with Democrats holding a narrow 8-member majority. There are three vacancies, including Florida’s 20th Congressional District, a Democratic stronghold with no representation until early next year because of the death of U.S. Rep. Alcee Hastings.

Some prognosticators have suggested much of the difference could be erased by the redistricting process in Florida. But GOP Legislative leaders have stressed they must adhere to the Fair Districts amendment passed by voters in 2010 and said they don’t want to run afoul of that, as the Legislature did a decade ago, resulting in a mid-decade redraw of Senate and Congressional lines by the courts.

Byrd said he fully expects to be heavily lobbied by partisan interests, if history is any guide. But he said adhering to the law will be his first priority.

“If you have followed my career, I am always talking about the constitution and the rule of law,” he said. “I have the same commitment whether that’s on criminal justice or on redistricting. We will uphold the process and work within the boundaries set by the courts and by the voters in the constitution.”

previousWhat becomes of the Trop? One of two (not quite equal) choices