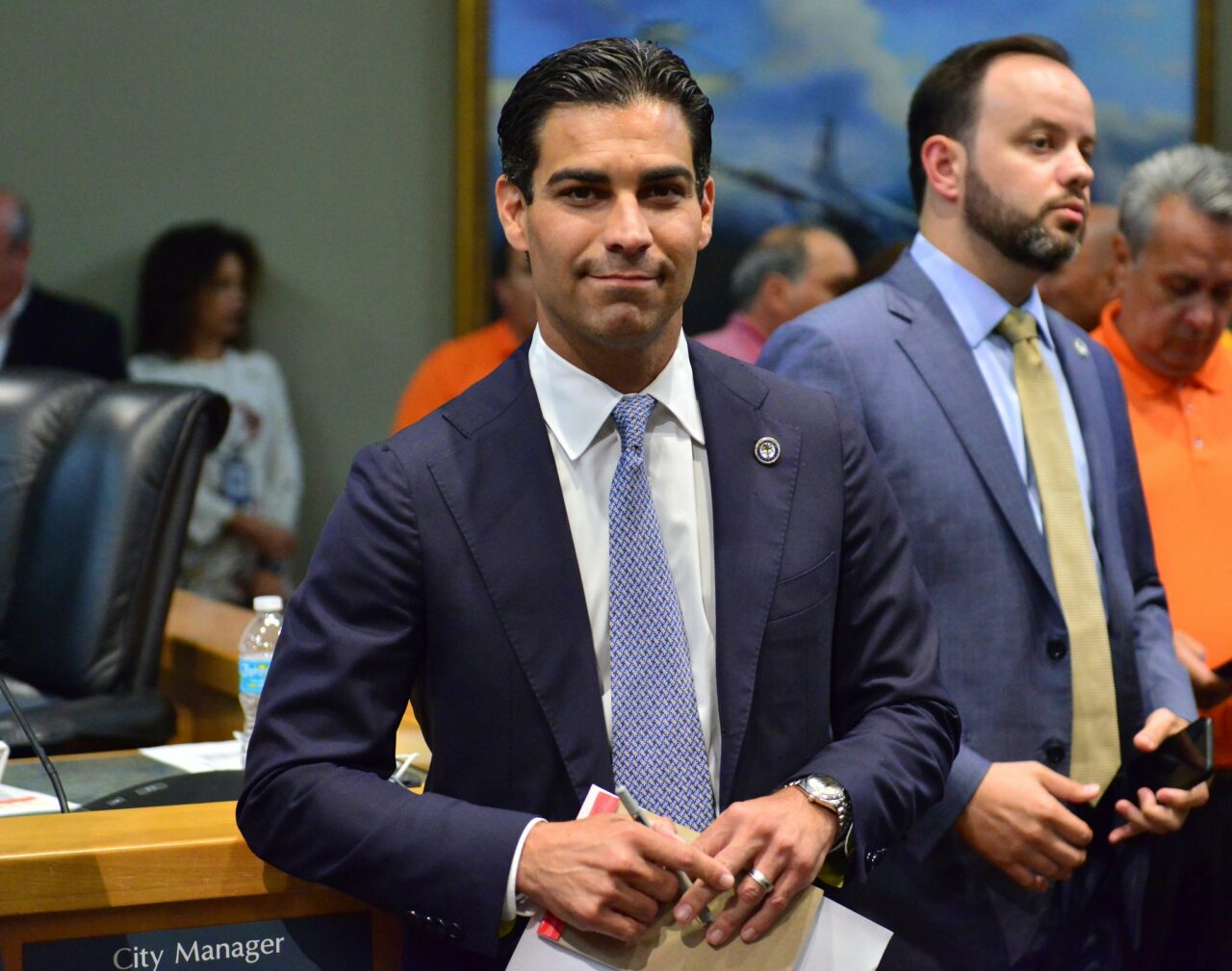 Suarez has said the next President should be young and pro-cryptocurrency. He's both.

There has been some talk recently about a potential presidential bid by Republican Miami Mayor Francis Suarez. It’s a subject he’s not averse to discussing, albeit cagily.

While Suarez has stopped short of fully embracing the idea — 2024 is still far away in political years, after all — his description of who would make an ideal alternative to Donald Trump and Ron DeSantis on the Republican ticket sounds an awful lot like himself.

Whether that ends up being him, he said, depends on a spectrum of factors, some of which are within his control. But at 43 and as America’s de-facto cryptocurrency Mayor, as well as Miami’s first native-born Mayor, Suarez fits the bill.

Suarez has an edge beyond his energetic approach to work and looks that have attracted comparisons to John F. Kennedy. So far, he’s succeeding in efforts to which he has given his full attention. Under his stewardship, Miami has become a white-hot tech hub and magnet for a mounting number of multinational corporations that hire and pay big. That’s thanks in large part to Suarez’s savvy for marketing the city to the world as something more than a sunny tax haven abounding in palm trees and pleasant weather.

“I understand we’re building a narrative about, not just Miami, but the way urban America should be run, and maybe even the way rural America should be run,” he said, adding that his political future both in and out of Miami “will be based on whether or not Miami continues to rise and whether that Miami story is as compelling tomorrow as it is today.”

That assertion touches on one major hurdle Suarez, the son of former Miami Mayor and Miami-Dade Commissioner Xavier Suarez, must surmount or eliminate. His public stock has surged among tech and business crowds with headline-grabbers ranging from a discussed collaboration with Elon Musk on tunneling transit below and around the city to the creation of a Miami-specific cryptocurrency whose revenues could theoretically unburden residents from paying taxes. But he still lags in broader name recognition compared to GOP front-runners Trump and DeSantis.

“Name recognition is very important. Joe Biden got elected because everyone knew him from the Senate (and) as (President Barack) Obama’s Vice President,” he said. “I’ve never heard of (Suarez), and I’m kind of involved in Broward County politics.”

Being renowned is an asset in what many would agree boils down to a national popularity contest, but it’s not everything, said Democratic Florida Rep. Michael Grieco, whose district includes part of Miami.

Grieco, who has known Suarez for a decade, cited Obama and former President Bill Clinton — both of whom entered their respective Primary Elections as underdogs — as examples of how swiftly politics moves and the speed at which the electorate can learn about, and learn to believe in, a candidate.

“Francis running for President is not a crazy conversation. I mean, the Republicans I know and Republicans throughout the country are starved for the adults in the room to grab the microphone back,” Grieco said. “He would have my vote. I am a patriot before I am a Democrat, and the state of Florida in general, but the country also, can use a little bit more pragmatism and a little less pandering to the radicals in either party.”

For better or worse politically, Suarez’s practicality and willingness to stand firm on issues he believes in regardless of whether they’re popular with the GOP masses — from LBGTQ rights to COVID-19 safety measures that in December carved a rift between him and DeSantis that Suarez told Florida Politics remains unrepaired today — will define him on the national stage.

“I think his challenge in the Primary is less about name recognition and more about his politics,” Grieco said. “It’s more about the fact DeSantis or Trump would have a huge fundraising advantage and, more importantly, they’ve got such a rabid, hardcore, far-right base that gets pandered to on more than a once-a-day basis. Francis is a lot of things, but he’s not somebody who historically panders to the far-right base unless it’s an issue he feels strongly about, so it’ll be more about the Republican base potentially not embracing some of his more moderate positions on issues.”

Suarez did not vote for Trump, even though he shared some policy views with the former President. He didn’t care for Trump’s message, eager bellicosity and divisive inclinations.

He also voted for DeSantis’ opponent, Democratic former Tallahassee Mayor Andrew Gillum, in 2018 despite having backed DeSantis in the Primary. Suarez and DeSantis have several mutual friends, including former Florida House Speakers Jose Oliva and Richard Corcoran, the former of whom helped Suarez in an aborted 2013 bid for Miami Mayor.

It wasn’t so much that Suarez disagreed with DeSantis’ platform or message, though Suarez conceded DeSantis “said things … that were problematic.” It boiled down to this: Gillum showed up. DeSantis didn’t.

“(Gillum) spent a lot of time in Miami, specifically in communities that I think needed help, while (DeSantis) didn’t make as much of an effort to build a friendship with me despite the fact that I had supported him in the Primary and fundraised for him. I just didn’t feel that connection,” Suarez said.

Suarez is big on connection. Shortly after moving from the Miami City Commission to the Mayor’s office, he made his cell phone number public.

“I believe that our residents should always have a direct line of communication with me,” he said at the time.

His number hasn’t changed since.

In March 2020, when he was among the first elected leaders in America to contract COVID-19, he live blogged his experience so Miamians and non-Miamians alike could understand what having the virus was like, at least for him.

And people respond to those sorts of things. A politician doesn’t earn 86% of the vote in any city unless they find ways to resonate with both sides of the political aisle.

“He represents a (Hispanic and Cuban American) community that for a long time maybe hasn’t had a voice at a national level, and he could bring different perspectives,” said Republican Coral Gables Mayor Vince Lago, a lifelong friend. “And with him, what you see is what you get. He’s a very sincere person. There is no politics. There’s no voting one way or another based on demographics or polling. He studies an issue, understands it, makes a decision and sticks to what he believes in and believes is in the best interest of his constituency and his community.”

Whether Suarez again sees a massive level of support this November, when voters will go to the polls to decide whether or not to reelect him to a second term, remains to be seen. And he’s only looking slightly beyond that.

Reelection would clinch for Suarez the presidency of the U.S. Conference of American Mayors in January, a prestige position that could further raise his political celebrity.

After that, he said, there is much ground to cover and many bridges yet unseen to cross.

“Look, I don’t think there’s a person in the United States that wouldn’t personally be interested in being President of the United States — well, maybe not too many people,” he said. “But I don’t think anybody’s going to make any serious decisions about 2024 until certain things are behind them, and the landscape will determine a lot of it.”