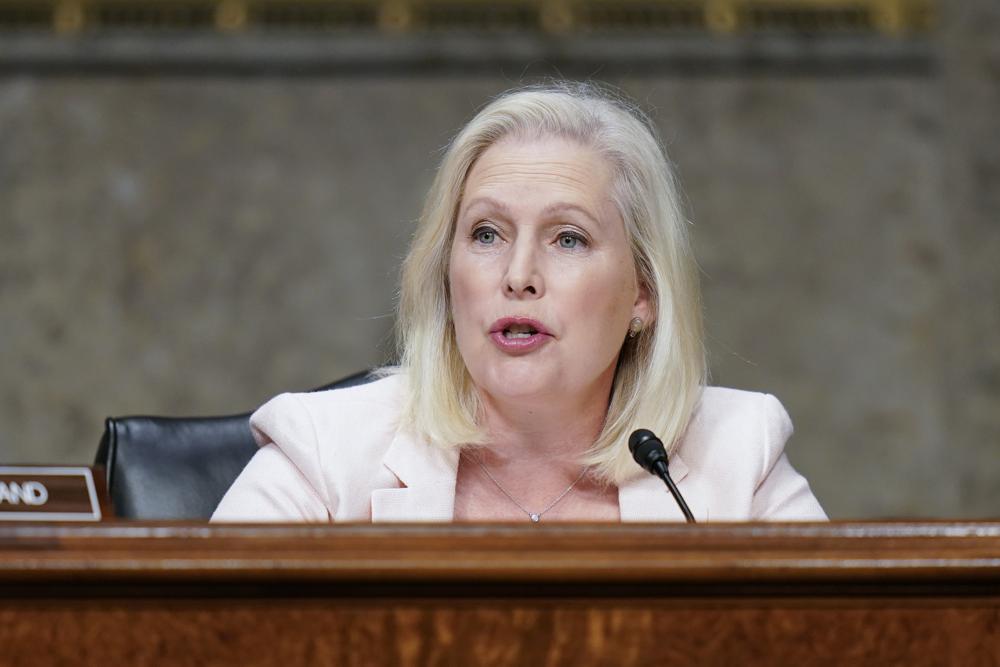 "If we don’t pass it now, it won’t have a time like this again.”

In a letter Wednesday to Biden, Senate Majority Leader Chuck Schumer and House Speaker Nancy Pelosi, 15 senators from the moderate and progressive wings of the party warned Democratic leaders that a program offering paid family leave for all workers must be included in the proposal as negotiators work to cut its $3.5 trillion price tag.

The senators said the COVID-19 pandemic, which particularly sidelined working women who lost school and child care options, highlighted the stark need for the program.

“The pandemic has exposed an acute emergency on top of an ongoing, chronic caregiving crisis for working people and employers alike,” the senators said in the letter. “We cannot emerge from this crisis and remain one of the only countries in the world with no form of national paid leave.”

New York Sen. Kirsten Gillibrand, who spearheaded the letter, told The Associated Press that she thinks there is wide support for a paid leave program but wants to make sure it’s not placed on the chopping block as Democrats on Capitol Hill work to get the legislation’s spending down to about $2 trillion.

Gillibrand said she’s open to negotiating the terms of the paid leave program, but if it’s not included in the final package, she might have a hard time voting in favor of the legislation.

“It would be extremely hard because this is a bill, if we don’t pass it now, it won’t have a time like this again,” Gillibrand said.

Biden can’t afford to lose any Democratic votes in the 50-50 split Senate with Republicans fully opposed to the President’s plans.

Gillibrand said the proposal needs to be gender neutral, offering all workers paid leave for things like the birth of a child or caring for a sick or dying family member. The coalition of senators is seeking a plan to offer 12 weeks of paid leave, or as many weeks as can be negotiated, in a permanent way so it doesn’t have to be muscled through Congress again.

The most recent version of the proposal would have offered the biggest benefit to low- and middle-income earners, offering up $5,000 of paid leave for workers, giving workers who earn $60,000 or less annually a full wage for 12 weeks.

In a meeting at the White House on Tuesday with a small group of progressive House Democrats, Biden told lawmakers he wants to include money to create four weeks annually of paid family leave, down from his 12-week proposal.

Biden’s discussion of the revised plan was described by two people familiar with the session who would only do so on the condition of anonymity. One person said there would be limits on the incomes of families that would qualify for the program.

Gillibrand said senators are willing to compromise on the numbers and build on the program in the future. She said she’s also seeking to meet with conservative West Virginia Sen. Joe Manchin, a key holdout who has been seeking to curtail the size and scope of Biden’s plan.