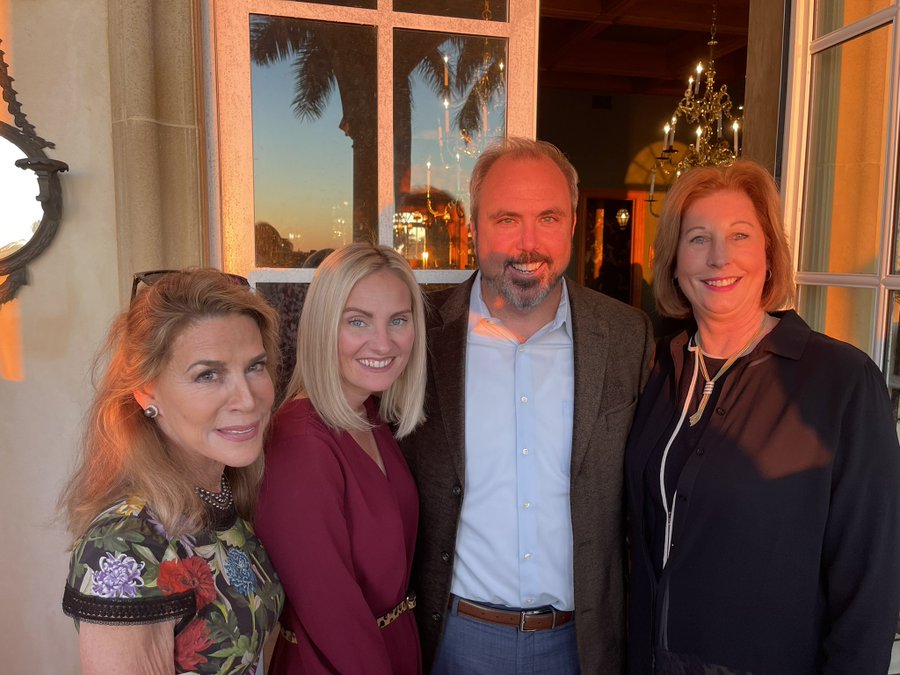 'It’s important to listen to every side and she brought up a lot of good points.'

Republican Party of Florida Chairman Joe Gruters met last week with controversial lawyer Sidney Powell in Sarasota. While not embracing specific accusations Powell has made against election officials around the country, he characterized his conversation as informative.

Powell worked on the legal team for former President Donald Trump as he challenged the results of the 2020 election after losing to Democrat Joe Biden. She has over the course of the last 13 months made accusations of foreign players hacking and switching votes in election machines and promulgated other theories courts have found no evidence to support.

At one point last November, Trump attorney Rudy Giuliani issued a statement distancing the campaign legal team from Powell after she made incorrect statements, including saying Georgia had used software created at the direction of late Venezuelan President Hugo Chavez and that election servers for U.S. elections were housed in Germany. But despite the distancing, Powell also reportedly consulted with the former President, who considered naming her to a Special Counsel position to investigate alleged election irregularities.

All this occurred during a buildup to a riot on Jan. 6 when pro-Trump supporters stormed the Capitol to try to stop congressional certification of Biden’s victory.

Gruters condemned that violence but has taken on a role with the Republican National Committee pushing for election integrity in states across the union.

On Nov. 23 he shared a picture of himself and his wife, Sydney, along with former Florida Secretary of State Katherine Harris and Powell.

“Great night and conversations with Sarasota’s Katherine Harris and Sidney Powell,” he wrote.

Harris, who famously fought efforts to overturn Republican George W. Bush’s 537-vote victory in Florida during the 2000 presidential election, declined to comment about the conversation.

“I have absolutely no interest with ever talking with the press again,” she said.

Notably, Democrats in that election wanted Harris to hold off on certifying the election results while further legal battles over recounts were waged. Powell, by contrast, has continued a push for auditing election results in swing states Trump lost more than a year after states certified results.

Gruters now said he supports such audits, while he has not supported one in Florida, where Trump won.

Asked if Powell has convinced him the 2020 election was stolen, Gruters said he has concerns about election integrity.

“Listen, I think there are a lot of legitimate questions that are outstanding,” Gruters said. “I am in favor of auditing states where people have found issues.”

An audit of Arizona’s election results, overseen by Sarasota firm Cyber Ninjas, identified irregularities, but when looking at the election results actually found a net gain of votes for Biden and confirmed his victory.

Trump has sought audits in states across the country, continuing to argue the results were fraudulent.

A state Senator, Gruters supported an election bill passed last year in the state, even as he has said the process here was a model for other states to follow.

“We’ve been working on that and have been successful,” he said. “We’ve proposed another bill. It’s about doing what’s right so we have the voter confidence we need.”