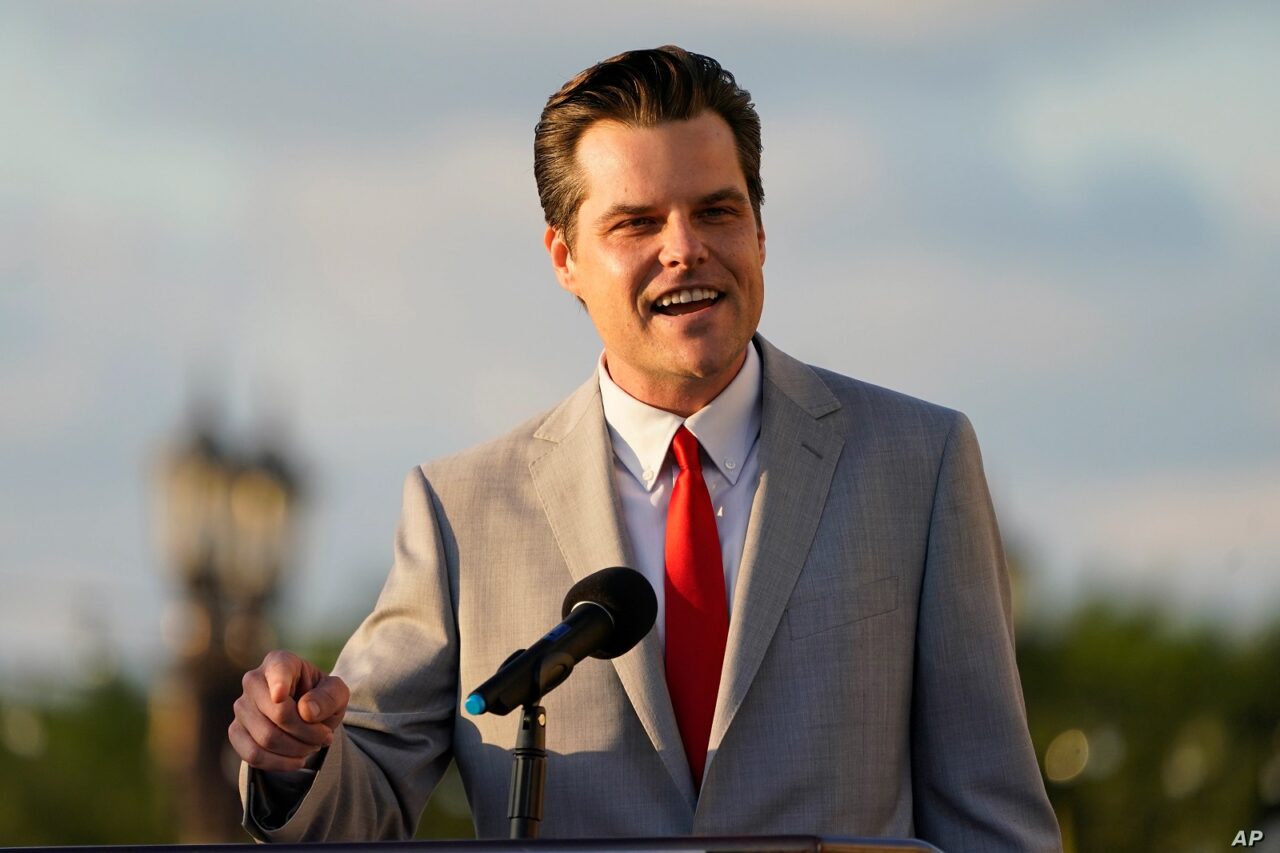 Jan. 6 Committee leaders could reveal members of Congress who reached out to the White House.

Will U.S. Rep. Matt Gaetz’s communications with the White House ahead of a Jan. 6 “Stop The Steal” rally soon become part of a congressional investigation?

U.S. Rep. Bennie Thompson, chair of the House January 6 Committee, told CNN’s Manu Raju he will make a decision soon whether to release texts by those in Congress who communicated with then-White House Chief of Staff Mark Meadows on Jan. 6.

“At this point it is just House members,” Thompson told Raju.

Additionally, Thompson told NBC News there are fewer than 10 lawmakers whose texts with Meadows have been obtained by the committee, according to MSNBC producer Kyle Griffin. “There won’t be any surprises as to who they are,” Thompson said.

The committee in August asked telecommunications companies to preserve phone records from a group of representatives including Gaetz, according to NBC News.

That came after U.S. Rep. Liz Cheney, one of two Republicans on the Jan. 6 Committee, revealed the content of several messages sent to Meadows as rioters stormed the U.S. Capitol to stop the certification of President Joe Biden’s win over former President Donald Trump.

Cheney said Republican members sent messages during the riot, including “It is really bad up here on the hill” and “the President needs to stop this ASAP.” The texts came from records Meadows turned over willingly to the committee before refusing to testify.

The committee voted to hold Meadows in contempt, an action later supported by a full House vote of 222-208. All Florida Republicans, including Gaetz, voted against the action.

Gaetz notably told CNN’s Raju he did not know if any of the texts released by Meadows to the commission came from him.

“I haven’t seen those reports and I haven’t looked at my texts,” Gaetz said.

Gaetz’s House office has not responded to a request for comment from Florida Politics.

The Panhandle Republican has been one of Trump’s most outspoken defenders in Congress and has also spoken out on jail conditions and prison sentencing for those facing charges for the Jan. 6 riot.

But Gaetz at a Jan. 6 Committee meeting earlier this year said the panel should not continue its investigation. He said any legal consequences for those responsible for the Jan. 6 riots should be handled through legal channels.

“If the United States government brings charges, people can resolve those in the courts,” he told the committee.