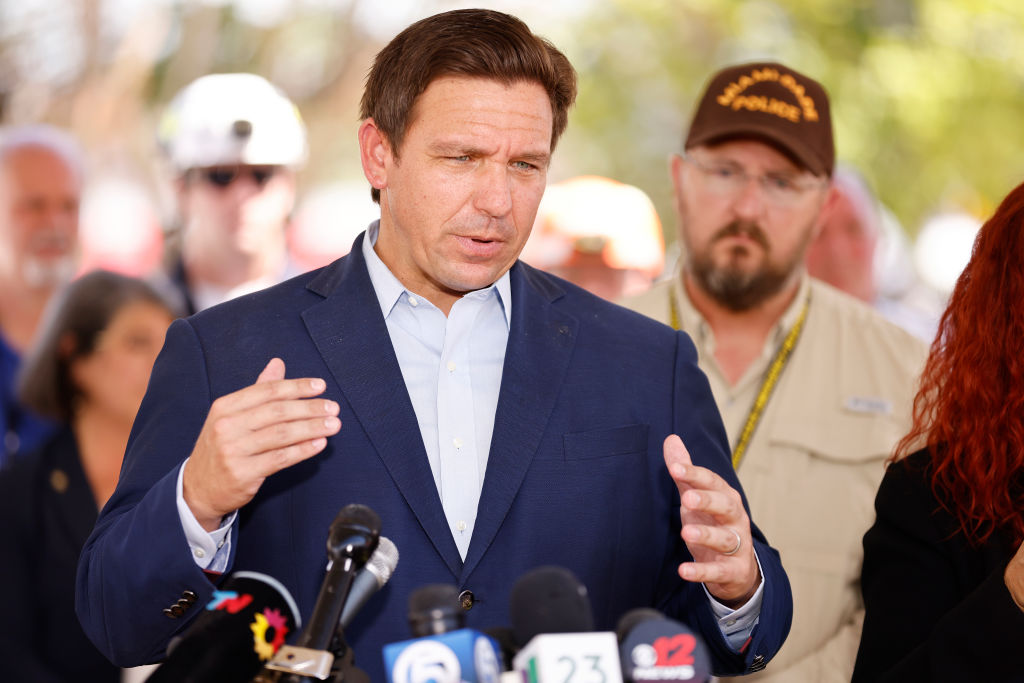 'If we had done the opposite, we would have run out and then had to order as people had done it.'

Gov. Ron DeSantis says the state has been asking since November for the federal government to extend the expiration date on a batch of up to 1 million rapid tests that expired last month.

Division of Emergency Management (DEM) Director Kevin Guthrie on Thursday confirmed between 800,000 and 1 million tests expired in late December while sitting unused in the state’s stockpile. Agriculture Commissioner Nikki Fried, one Democrat challenging DeSantis’ re-election bid this year, more than a week ago became the first to publicly warn that tests were expiring.

“I don’t know when they’re going to provide any type of an answer, but I know people at the Department of Emergency Management have been asking about this since November and have still not been able to get a response,” DeSantis said.

That’s not new from the federal government, according to the Governor. On Thursday, he announced the state had acquired 1 million at-home rapid tests as part of its approach to prioritizing testing for high-risk populations. That happened in part, the Governor said, because President Joe Biden’s plan to provide rapid tests for free hasn’t come to fruition.

“With how the fed stuff works, it’s always a struggle with anything you’re doing,” DeSantis added. “They promised at-home tests last month, didn’t deliver. They have been taking away our early treatment … That’s just the reality that we’re dealing with here.”

The Abbott Laboratories rapid tests expired between Dec. 26 and Dec. 30 amid Florida’s sharp rise in COVID-19 infections. The omicron variant has caused cases to skyrocket across the country and in Florida, resulting in long lines at testing sites. Shelves of at-home rapid tests have also gone empty in stores.

Critics, including Fried, argue the state should have distributed the tests before they hit their expiration date. But the Governor defended the state’s approach to save a supply of tests from which pandemic response partners can draw down.

“The way they do this is they always want to have enough tests so that if people need them, they can send them down,” DeSantis said. “The result of that is we had a stockpile, but no one really wanted them for many, many months.”

“Having a stockpile was the right thing to do,” DeSantis added. “If we had done the opposite, we would have run out and then had to order as people had done it.”

On Thursday, Guthrie said the state attempted to distribute the tests prior to expiration, but there was no demand for them.

The latest wave, driven by the omicron variant, flared up in mid-December. But Florida’s previous wave, dominated by the delta variant, was dying down in the late summer months.

“They would have been used, I think, had we had omicron then,” DeSantis said. “But you also don’t want a situation where you’re wasting millions and millions of dollars.”

The first omicron case in the United States was reported on Dec. 1. Florida reported its first case on Dec. 7. COVID-19 cases were already tripling in Florida in the week leading up to the expiration.

After Thursday’s announcement, Fried held an “emergency” news conference in West Palm Beach in which she said Floridians need a better leader, bashing DeSantis for the expired tests.

“This Governor is not fit to serve,” Fried told reporters. “He should have known that this stockpile of tests could have been distributed all throughout the state. This is not only a (dereliction) of responsibility. But this is a complete failure of this Governor.”

“To suggest that the Florida Department of Health waited around for these test kits to expire is simply false,” Khoury said.

Florida received the Abbott Laboratories rapid tests in 2020. In May, DOH requested and received a three-month extension ahead of the batch’s initial expiration dates in September.

Abbott Labs has also submitted a request for the federal government to again extend the expiration date.

For Wednesday, the latest day with available data, the U.S. Centers for Disease Control and Prevention reported 67,369 new COVID-19 cases in Florida, with 4.5 million cases confirmed in the state throughout the pandemic. Florida also ranks sixth among states for new COVID-19 cases per capita, with 1,844.5 cases per 100,000 residents in the last seven days. That’s a decline for Florida in the recent rankings.