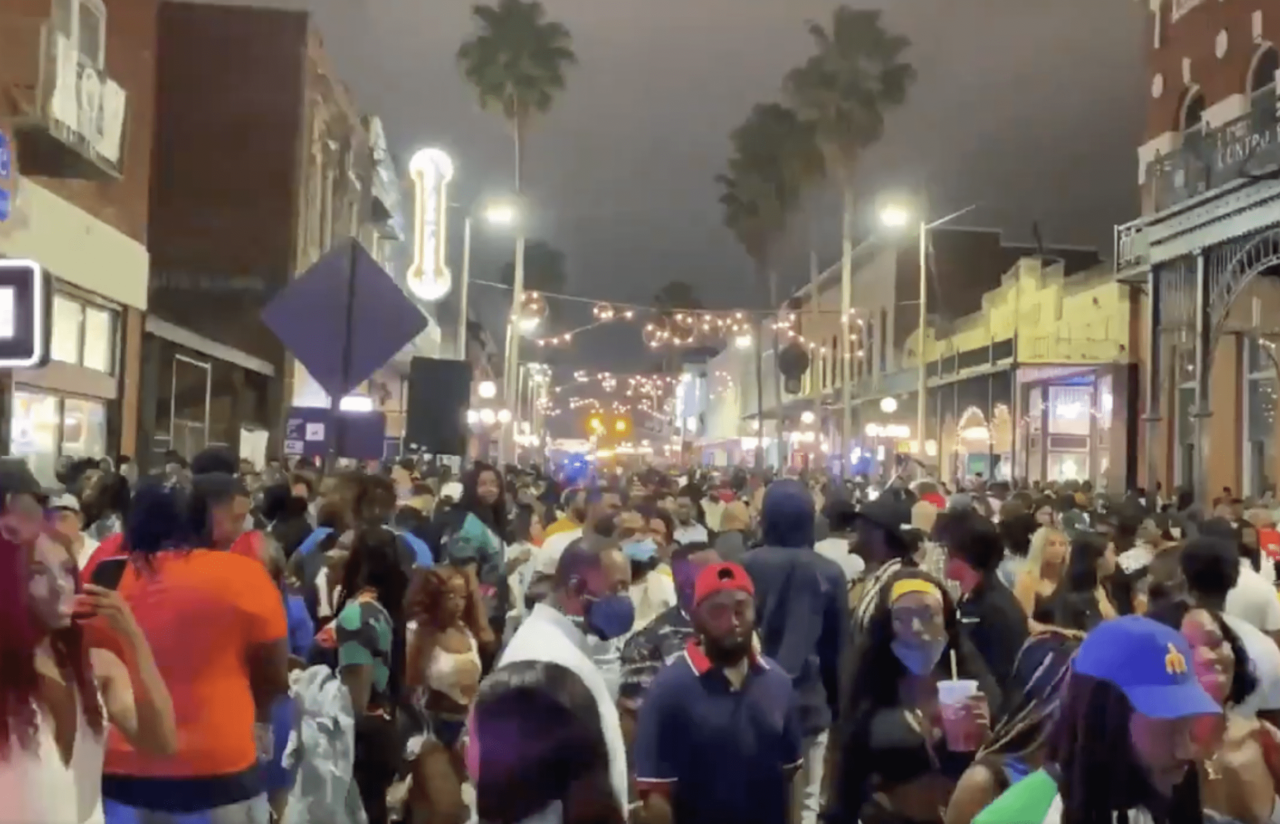 Council members promised amendments before the rules go into effect in six months.

The new rules don’t go into effect for six months. And some Council members said they only approved the ordinance with the caveat that city staff will reach out to communities concerned that the rules could have a negative impact on the already-beleaguered entertainment and hospitality industries.

During nearly three hours of debate and public comment, the City Council mostly heard pushback on the ordinance from residents and business owners in Ybor City. The Council could have added carveouts in the ordinance for certain areas like the Channelside District, Ybor City and the arena area. But Carole Post, administrator of development and economic development, said that would go against the uniformity staff hoped to achieve with the ordinance.

“The Council actually initiated this almost two years ago to update what we believe is a tangle of rules and regulations that have become confusing and have not really kept pace with the needs of our evolving city,” Post said.

Tampa doesn’t have any defined entertainment districts. But Ybor City’s main drag, Seventh Avenue, and the ancillary streets around it developed into a bastion of nightlife and a major draw in the city. It’s home to myriad bars and nightclubs with outdoor patios or rooftops like Prana, Gaspar’s Grotto, the Dirty Shame, Crowbar and many more.

“Over the decades, Ybor has constantly been an entertainment district. Defined by law or not, it is,” Lanahan said. “This is not Wesley Chapel. This is not Lakeland. This is not Tarpon Springs. Ybor is what it is. Do not take away the soul of the city.”

While the city began working on the ordinance in earnest two years ago, Council Member John Dingfelder said he recalled talk of amending the noise laws to cover the whole city going back nearly 20 years. He said crafting a citywide ordinance has been an issue largely because the city is not a monolith, with many unique and diverse neighborhoods requiring different needs.

The issue is further complicated, Council Chair Orlando Gudes said, by the fact that Tampa has pushed to build live-work-play communities that commingle residential and entertainment elements. And with Tampa’s status as one of the largest growing metropolitan areas in the country, the problems could only get worse.

“People wanted a walkable neighborhood with food, entertainment and dancing. But now with our house situation, we’ve had an influx of housing in these districts,” Gudes said. “So now people are complaining about music. Sometimes when you move places, you’ve got to know where you’re moving in. Now it’s becoming a problem to change.”

The ordinance at first seemed unlikely to pass. Dingfelder said he anticipated changes that would’ve sent the bill back to the drawing board. Gudes said he thought it was too problematic, and Council member Guido Maniscalco said he wouldn’t support it because it doesn’t solve the actual problem.

“I’ve sat outside cigar lounges and whatnot and the noise is from the street,” he said. “I don’t hear so much the music or the bass from clubs. I hear the traffic on Seventh Avenue … just the cars sitting there (create) so much of the noise. It’s not always the bars and the clubs. We have to take that into account.”

With Dingfelder, Gudes and Maniscalco voting no and Council member Luis Viera absent, a vote could’ve ended in a tie, or with the measure being defeated.

But Council members wrestled with how to address the competing needs of residents and business owners. The COVID-19 pandemic has sent more entertainment and dining outside. Venues like Crowbar that rely heavily on concert tours and events on its patio have taken a massive hit during the pandemic. Crowbar owner Tom DeGeorge said cutting outdoor music after midnight could kneecap businesses like his that are still grasping for survival amid COVID-19.

“I’m about 60% of my usual business revenue. Bands get sick and tours get postponed. I just rescheduled 20 concerts that would’ve taken place in January and February for the spring and the fall,” DeGeorge said. “We as owners and operators, we’re barely holding on. And I know that the strictest ordinance I’ve seen in 20 years that I’ve worked in this city is not the answer for most of our small businesses, which have already struggled so much while development continues and big box stores have record-breaking years.”

Another controversial aspect of the ordinance is the elimination of a five-minute warning police give when someone violates a sound ordinance. Tampa Police Captain Frank Owen said the warning makes noise ordinances almost unenforceable. He said police received more than 7,500 calls for service in the last two years and issued only 17 citations.

“The five-minute warning isn’t doing us any favors,” Owen said. “The concern is, we issue the warning, we go away and an hour later the noise goes back up.”

Council members agreed they had to give police the ability to enforce the law, but there too wrestled with how to do so. Dingfelder suggested modifying the five-minute warning to be applied once a month, with officers mandated to record issuing warnings.

But those changes could still come. Gudes and Dingfelder only agreed to vote yes if the City Council also passed a motion directing city staff to engage with concerned communities and come back at an April 28 workshop to present the Council with ways to modify or supersede the noise ordinance. That would give the City Council three months to change the ordinance before it becomes law.

First Amendment lawyer Luke Lirot warned Council members the ordinance in its current form could violate freedom of speech laws and set up costly and problematic legal battles for the city. He said amplified music has been established by Supreme Court precedent as a protected form of speech and expression.

“I think (it) has some grave unconstitutional aspects to it,” Lirot said. “We actually have cases in county court here in Hillsborough County and we filed motions to dismiss just because of the same unconstitutional characteristics that we have in the ordinance that has tried to have been amended for your purposes today.”

Under the new ordinance, any amplified sound — including playing music or watching TV in one’s own yard or porch — would be banned citywide. Sound up to 85 decibels coming from an establishment is lawful until 1 a.m., then drops to 75 decibels until 3 a.m. After 3 a.m. sound must be below 65 decibels. It also removes the requirement that police give warnings before issuing a citation.