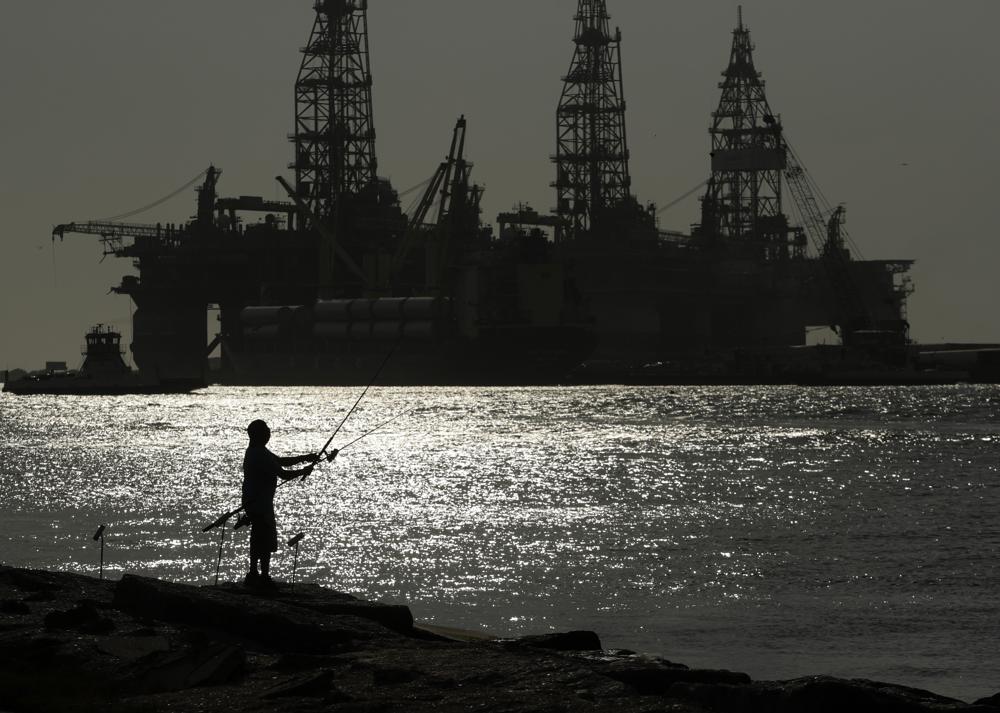 The decision comes on the one-year anniversary of Biden's leasing moratorium to combat climate change.

A federal court has rejected a plan to lease millions of acres in the Gulf of Mexico for offshore oil drilling, saying the Biden administration did not adequately take into account the lease sale’s effect on planet-warming greenhouse gas emissions, violating a bedrock environmental law.

The decision by U.S. District Judge Rudolph Contreras in Washington on Thursday sends the proposed lease sale back to the Interior Department to decide next steps. The judge said it was up to Interior to decide whether to go forward with the sale after a revised review, scrap it, or take other steps.

Environmental groups hailed the decision and said the ruling gave President Joe Biden a chance to follow through on a campaign promise to stop offshore leasing in federal waters. The decision was released on the one-year anniversary of a federal leasing moratorium Biden ordered as part of his efforts to combat climate change.

“We are pleased that the court invalidated Interior’s illegal lease sale,” said Brettny Hardy, a senior attorney for Earthjustice, one of the environmental groups that challenged the sale.

“This administration must meet this critical moment and honor the campaign promises President Biden made by stopping offshore leasing once and for all,″ Hardy added. “We simply cannot continue to make investments in the fossil fuel industry to the peril of our communities and increasingly warming planet.″

A spokeswoman for Interior Secretary Deb Haaland said the agency was reviewing the decision.

The administration was “compelled to proceed with Lease Sale 257” after a court ruling in Louisiana, spokeswoman Melissa Schwartz said.

Interior has “documented serious deficiencies in the federal oil and gas program,″ Schwartz said, and Haaland has recommended an overhaul of the nation’s oil and gas leasing program to limit areas available for energy development and raise costs for energy companies to drill on public land and water.

“Especially in the face of the climate crisis, we need to take the time to make significant and long-overdue programmatic reforms,″ Schwartz said. “Our public lands and waters must be protected for generations to come.”

Energy companies including Shell, BP, Chevron and ExxonMobil offered a combined $192 million for drilling rights on federal oil and gas reserves in the Gulf of Mexico in November.

The Interior Department auction came after attorneys general from Republican states led by Louisiana successfully challenged a suspension on sales that Biden imposed when he took office.

The auction was conducted even as Biden has tried to cajole other world leaders into strengthening efforts against global warming, including at United Nations climate talks in Scotland in early November. While Biden has taken a number of actions on climate change, he has faced resistance in Congress, and a sweeping $2 trillion social and environmental spending package remains stalled. The so-called “Build Back Better” plan contains $550 billion in spending and tax credits aimed at promoting clean energy.

In his 68-page ruling, Contreras said Interior failed to consider the greenhouse gas emissions that would result from the lease sale, violating the National Environmental Policy Act, a bedrock environmental law.

“Barreling full-steam ahead with blinders on was simply not a reasonable action for BOEM to have taken here,″ he said, referring to Interior’s Bureau of Ocean Energy Management.

Environmental reviews of the lease auction — conducted under former President Donald Trump and affirmed under Biden — reached the unlikely conclusion that extracting and burning more oil and gas from the Gulf would result in fewer climate-changing emissions than leaving it.

Similar claims in two other cases, in Alaska, were rejected by federal courts after challenges from environmentalists.

Federal officials have since changed their emissions modeling methods but said it was too late to use that approach for the November auction.

“The U.S. offshore region is vital to American energy security, and continued leases are essential in keeping energy flowing from this strategic national asset,″ said Erik Milito, the group’s president. “Uncertainty around the future of the U.S. federal offshore leasing program” would benefit Russia and other adversaries, he said.

The administration has proposed another round of oil and gas sales in Wyoming, Colorado, Montana and other states. Interior Department officials proceeded despite concluding that burning the fuels could lead to billions of dollars in potential future climate damage.

Emissions from burning and extracting fossil fuels from public lands and waters account for about a quarter of U.S. carbon dioxide emissions, according to the U.S. Geological Survey.

A report issued by Haaland in November stopped short of recommending an end to oil and gas leasing on public lands, as many environmental groups have urged. But officials said the report would lead to a more responsible leasing process that provides a better return to U.S. taxpayers.

Reposted with permission from The Associated Press.

previousSunburn — The morning read of what’s hot in Florida politics — 1.28.22