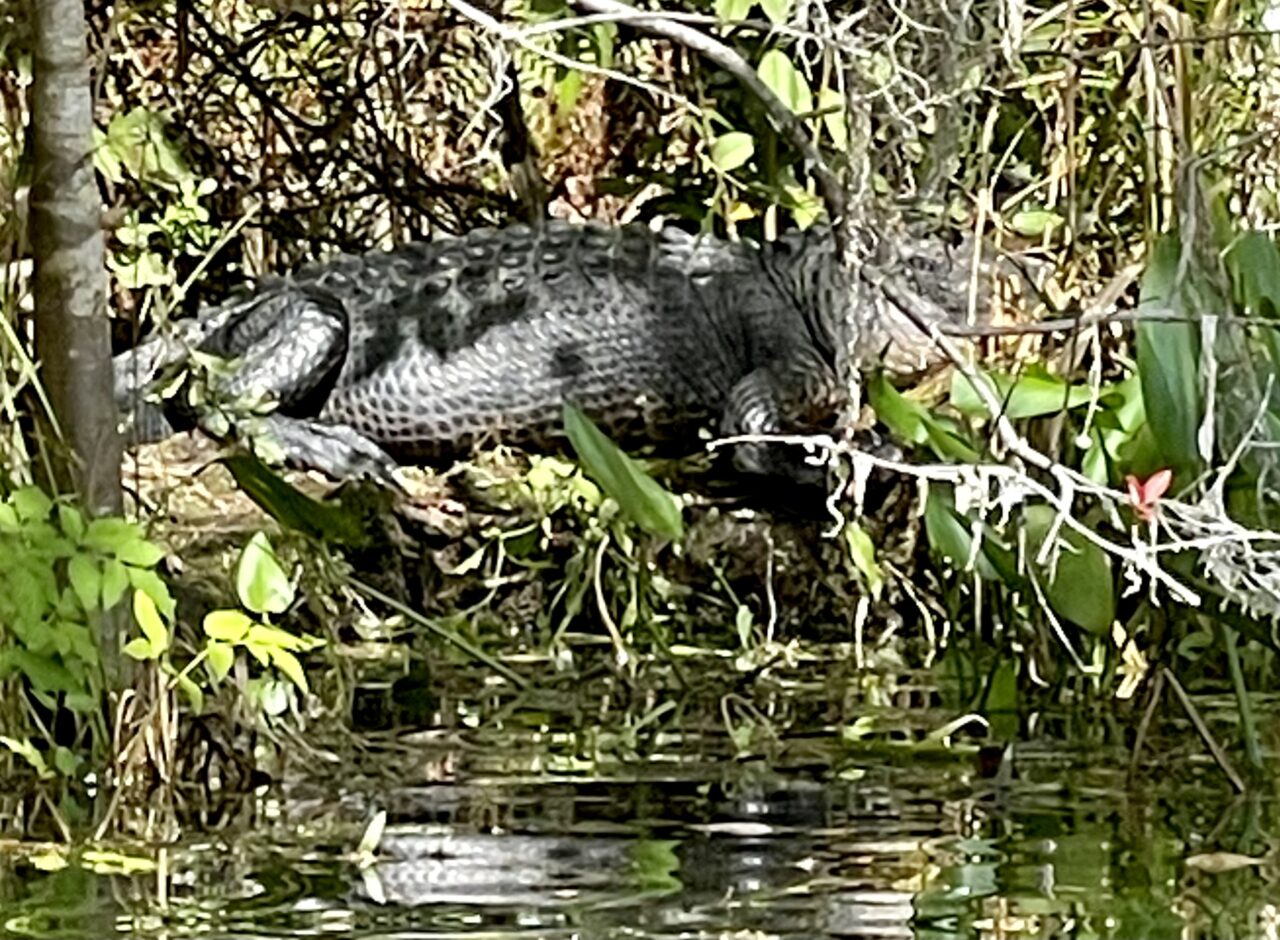 It wasn't clear why government officials took more than five months to act.

Florida wildlife officials have now killed a nearly 12-foot alligator that swam within inches of a frightened paddleboarder in a popular state park during an encounter in September recorded on video that went viral.

The male alligator — 11 feet, 10 inches long — was shot in the head one evening near dusk last month by a trapper contracted by the Florida Fish and Wildlife Conservation Commission, according to agency records and a witness.

The alligator had been a popular curiosity among kayakers and paddleboarders in Silver Springs State Park near Ocala, where it was often seen lounging in the sun along the banks of the Silver River. The park — home to alligators, large turtles, manatees and even a colony of monkeys — enforces a no-swimming rule.

Agency spokesperson Tammy Sapp confirmed that the alligator killed Feb. 22 was the same one seen in startling videos and photographs in the fall swimming near a paddleboarder who pushed it away with her paddle. In the videos, it hissed loudly at the paddleboarder and opened its mouth, baring its large teeth and a powerful jaw.

Wildlife experts said the alligator’s behavior suggested other people had been illegally feeding the animal, and it probably began associating paddlers with food.

“There was only one alligator of this size in the area,” Sapp wrote in an email.

A paddler, Brady Toensing, 54, of Reddick,  said in an interview that he saw a fishing boat pass him on the river the evening of Feb. 22 and heard a single gunshot. He later photographed the dead alligator in the boat at a nearby county boat ramp.

The state’s permit authorizing the kill was issued to Will Parker. Sapp, the wildlife agency spokesperson, confirmed Wednesday that Parker assigned the job to a colleague, Al Roberts, another licensed trapper. The meat and hide were sent to a local processing company.

Toensing, a nationally renowned Republican lawyer and activist, said a young boy asked the trapper on the boat ramp why the alligator couldn’t be saved.

“He said it’s a shame and asked why they couldn’t have just captured it and relocated it,” Toensing said. “The guy said, ‘Would you wanna ride in the boat with this monster?’”

Toensing said he also believed the alligator was doomed by people illegally feeding it.

“It is an amazing animal,” he said. “It was sad, but these guys are just doing their jobs. This alligator’s fate was set when people decided to start feeding it.”

The paddleboarder the alligator approached in September also declined to discuss the animal’s death. Vicki Baker, 60, of Ocala said after her videos went viral, she was harassed online relentlessly by people who mistakenly believed she had fed it. She said during an interview in September she did not want the alligator destroyed, despite its menacing behavior.

It wasn’t clear why government officials took more than five months to act. The permit authorizing the kill, obtained under Florida’s public records law, said a state park ranger, Brooke Doran, filed a formal complaint on Jan. 11 about the alligator and indicated it was a threat to people, pets and property.

Doran, who said on the complaint it was unknown whether anyone had been feeding the alligator, estimated its length at roughly 8 feet. That was consistent with the estimate from Baker, who said it was nearly as long as her 10-foot paddleboard. The animal turned out to be even larger. An alligator nearly 12 feet in size could be 40 years old.

The death came as temperatures in north-central Florida began climbing and just ahead of the mating season when male alligators become far more active. Alligators begin breeding in early April, and females become more defensive of their environment to protect their eggs while they hatch.

After the paddleboard encounter in September, the Florida Department of Environmental Protection and wildlife conservation commission launched formal investigations of the alligator. Since then, state officials said at least five times — including once as recently as Jan. 19, after the park ranger’s formal complaint — there were no updates in the case.

Last week, after Toensing provided photographs of the dead alligator to a reporter, the state turned over the permit authorizing the kill.

There is no specific threshold of complaints that must be filed before an alligator is killed, said Chad Weber, a spokesperson for the wildlife agency in Marion County. The state hires a trapper under the Statewide Nuisance Alligator Program when it determines an alligator poses a threat to the public.

“There is no three-strikes-and-you’re-out system,” Weber said. “In this case specifically, there was nothing out of the ordinary that caused the alligator to be harvested.” He added: “The behavior it exhibited was becoming dangerous.”

Toensing, who saw the alligator on the boat ramp, is the son of Victoria Toensing, a former senior Justice Department official who worked with Rudy Giuliani in support of former President Donald Trump‘s efforts to overturn the 2020 presidential election results.