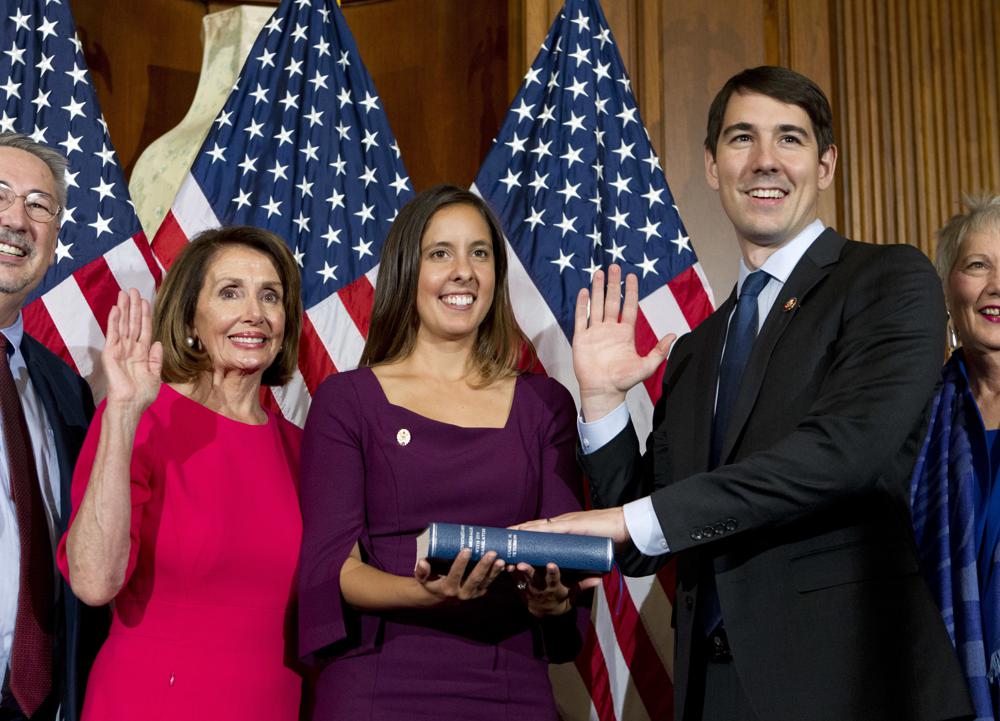 A midterm primary season that opened with elections testing former President Donald Trump’s sway among Republicans enters a new phase this week with U.S. House contests that will shape the future of Congress.

From the New Jersey suburbs to Iowa’s capital city to California’s Central Valley, primary elections on Tuesday will determine which Republicans will take on some of the most prominent Democrats who helped flip control of the U.S. House four years ago.

For these members of the class of 2018, the matchups are unfolding in a dramatically different environment. Trump is out of the White House, replaced by a President of their own party whose approval ratings are plummeting. Moderate voters in the suburbs who swung to Democrats during the Trump era may be open to Republicans again, frustrated by a series of challenges ranging from inflation to rising gas prices and a shortage of baby formula.

Against that backdrop, some of the vulnerable Democrats who will learn who their Republican opponents will be this week said they are braced for an intense campaign season. They plan to spend the coming months in a relentless effort to stay focused on solutions to local problems.

“I’m going to work only on issues that have a deep impact in our community,” U.S. Rep. Josh Harder, a California Democrat, said in an interview.

Representing a district with workers who commute up to 90 miles to jobs near San Francisco, Harder said he plans to emphasize his push — so far unsuccessful — to repeal the federal gas tax. He’s also co-sponsored legislation, which passed the House last month, to crack down on alleged price gouging by oil companies and other energy producers, a bill facing steep odds in the U.S. Senate, split evenly among Democrats and Republicans.

“These are local issues with national connections,” he said, noting his votes in the House “only have an impact if they’re actually seen, understood and felt by people in a district just like this.”

Meredith Kelly, a senior adviser to the Democratic Congressional Campaign Committee in 2018, said this week’s races are “previews of some real battles for the fall in swing districts.”

“These are incumbents who are battle-tested, who not only won in 2018 but held on in 2020, for many in a tougher year than some expected,” she said.

Republicans need to gain only five seats to win control of the House in the fall. Few Democratic seats are more at risk than that of Rep. Cindy Axne, whose Iowa district stretches from Democratic-leaning Des Moines to GOP-friendly suburbs and staunchly conservative farmland in Iowa’s southwest corner.

Axne squeaked to reelection by 1.4 percentage points in 2020, as Trump edged Biden in the district by only one-tenth of a percentage point. Redistricting last year swapped some conservative western Iowa counties in her current district to even more conservative, though very lightly populated, poor, rural counties along the Missouri border.

Facing such a daunting environment, she exemplifies the go-local approach of many vulnerable Democrats.

At a recent stop in Davis County, new to the district where Axne is running and where Trump won nearly 74 percent of the vote, she ticked through expanded broadband internet and availability of corn-based ethanol as parts of the $1 trillion infrastructure bill Biden signed in November. More local still, she noted the new telehealth unit at the hospital in nearby Albia, a town of about 3,700 in a low-income, rural county in south-central Iowa.

“That’s my bill,” she told the lunchtime audience at a diner in Bloomfield. “I am absolutely addressing issues related to rural America.”

But other Democrats say they will go beyond so-called local pocketbook economic issues.

In New Jersey, Rep. Tom Malinowski is focused on gas prices eating into the wallets of commuters in his district. But he’s also highlighting the potential that the U.S. Supreme Court may overturn the landmark Roe v. Wade decision, which provided a nationwide right to an abortion.

“This gets very real very, very soon for a lot of people,” Malinowski said, especially in his district, heavy with younger, educated adults whom surveys show tend to support keeping abortion legal in all or most cases. “I think this does become much more of a voting issue.”

“Voters know Tom Malinowski and Joe Biden are directly responsible for the record high prices they’re paying on everything from gas to groceries,” Kean, who lost to Malinowski by 1.2 percentage points in 2020, said in a written statement Friday.

Though some Democrats say a threat to legal abortion could help Democrats not just hold but gain competitive seats, veteran Republican pollster David Winston says the strength of the economic headwinds outweigh even hot-button issues for voters on the left.

“There’s a distinction between issues that are important to people and that they consider very important, and then there are the issues they ultimately are going to consider when they walk into the voting booth,” said Winston, who has been a senior adviser to the National Republican Congressional Committee.

“When you have economic issues leading the way at a scale where people are dealing with such significant problems, it’s going to be about the economic issues.” Winston said.

nextSunburn — The morning read of what’s hot in Florida politics — 6.7.22