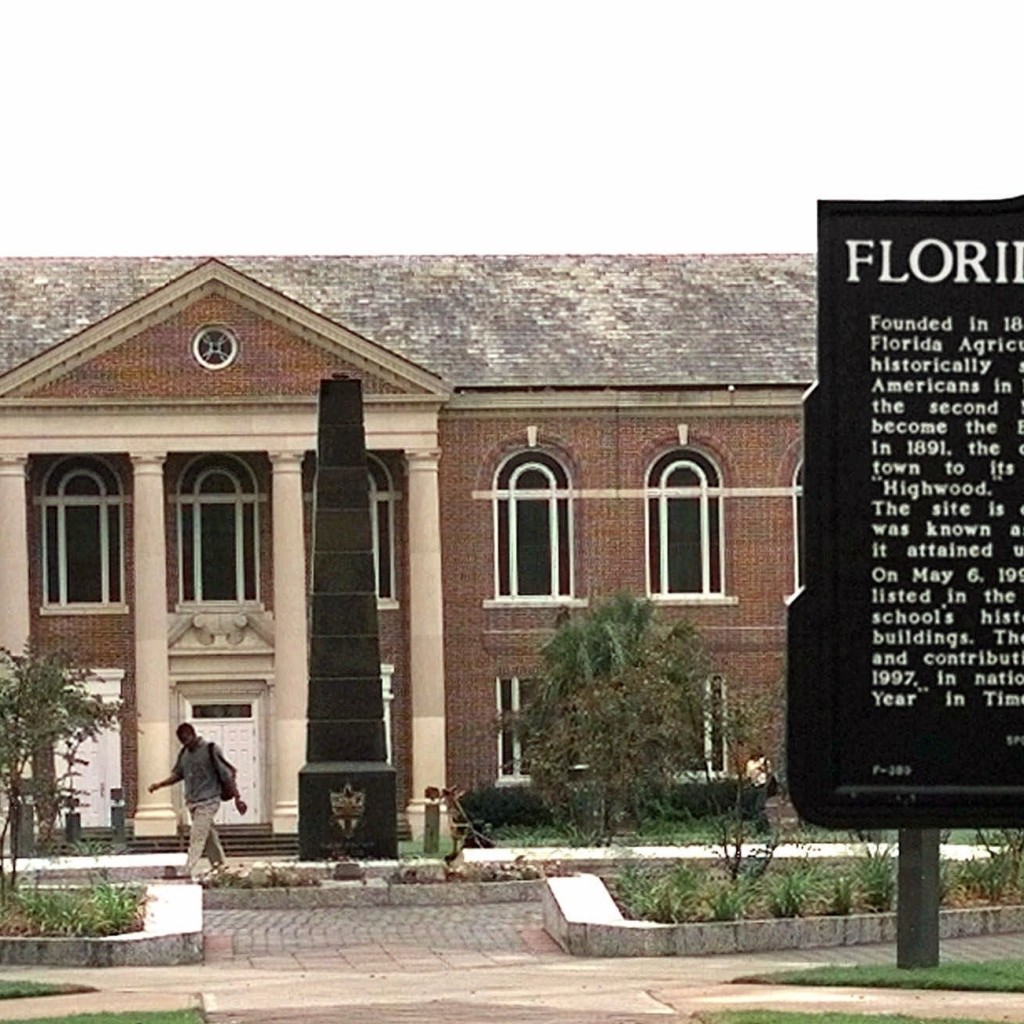 ‘Florida has purposefully engaged in a pattern and practice of racial discrimination … that has prevented HBCUs … from achieving parity with their traditionally White institution counterparts.’

Students at Florida A&M University (FAMU) have filed a class action lawsuit accusing the state of a “pattern” of racial discrimination undercutting the historically Black school in resources, funding and more compared to Whiter schools.

The suit, filed on behalf of six undergraduate and graduate students in Tallahassee, alleges the state shortchanged FAMU more than $1.3 billion over 33 years since 1987. They argue the state university system maintains a racially segregated higher ed structure, placing Historically Black Colleges and Universities (HBCUs) at a disadvantage.

“Throughout its history and up to the present day, Florida has purposefully engaged in a pattern and practice of racial discrimination, principally through disparate funding, that has prevented HBCUs, including FAMU, from achieving parity with their traditionally White institution counterparts,” according to the complaint.

In addition to their demand for relief, the students want a special referee or mediator to draw up recommendations for alleviating what they call the state’s statutory and constitutional violations.

The lawsuit follows a $577 million settlement Maryland paid out last year over a 15-year-old federal lawsuit accusing the state of providing inequitable resources to its four HBCUs.

The law firm Grant & Eisenhofer and Florida civil rights lawyer Joshua Dubin are representing the students in the lawsuit.

In a statement, Dubin said FAMU is “still playing catch-up in the state of Florida, which we feel has acted with an astonishing lack of good faith, despite decades of directives from the federal government that all students in the state receive equal educational opportunities. This deliberate indifference toward HBCUs is not unique to Florida, but FAMU is where we’re joining the fight to ensure the education is fair for everyone.”

At more than 9,000 students, FAMU is one of the nation’s largest HBCUs. It is also the state’s only public HBCU and the nation’s top public HBCU, according to U.S. News’ recent college rankings.

FAMU declined to comment on the lawsuit on the basis that the school does not discuss pending litigation.

The complaint cites declining enrollment at FAMU compared to Florida State University (FSU) in the Joint College of Engineering. The joint school’s $13 million budget was also transferred from FAMU to FSU’s effective authority in 2015, changing a relationship that had existed since 1987.

“The Joint College serves as an example of how FAMU is forced to operate in a different role than geographically proximate TWIs — a role where HBCUs like FAMU are stripped and robbed of resources and programs for the eventual benefit of TWIs,” according to the lawsuit.

The complaint also asserts that major building projects take significantly longer to reach final funding at FAMU compared to other state schools. The suit cites housing problems as recently as last month that forced hundreds of students to relocate only weeks after returning for the new school year.

The University of Florida (UF) received $14,984 per student in the 2019 budget compared to the $11,450 FAMU received. Additionally, the complaint noted performance-based funding differences up to $96 million less annually compared to the larger and higher performing UF.

“Our school has always made a little go a long way, but we shouldn’t have to,” said first year Doctor of Pharmacy candidate Britney Denton, one of the six students bringing the suit.

“There are bright and determined people here who deserve the same level of support and quality of resources as FSU next door or any other state school in Florida. We’re proud to be here, and we want Florida to be proud to support us, and other HBCUs, equally.”

Florida has a history of disproportionate education for Black students. A total of 57 FAMU law school students graduated between 1954 and 1968, after which point the Legislature voted to transfer funds for a new law school at FSU in 1965. The University of Florida only graduated two Black law students in the 12 years after desegregation in 1958. Neither UF nor FSU graduated 57 Black law students until the 1980s, FAMU President Larry Robinson said at a recent dedication.

“While Florida works to provide a quality education at traditionally white institutions, its treatment of HBCUs has hardly evolved from the middle of the 20th century,” Grant & Eisenhofer Partner Barbara Hart said. “FAMU is more dependent on state funding than other schools, yet Florida education policy treats it as little more than an after-thought.”

“Thirty years ago, the U.S. Supreme Court held that Mississippi’s education system violated the equal protection clause of the 14th Amendment — it remained for all intents and purposes segregated,” she continued. “Here we are well into the 21st century and Florida treats its HBCUs as Mississippi did then. This lawsuit isn’t about history, though — it’s about changing things here and now and for the future.”

The suit targets Florida, the Board of Governors for the State University System of Florida and university system Chancellor Marshall Criser, who is expected to be replaced in that position by Sen. Ray Rodrigues. Florida Politics has contacted the Florida Department of Education for comment.

nextLast Call for 9.22.22 — A prime-time read of what’s going down in Florida politics