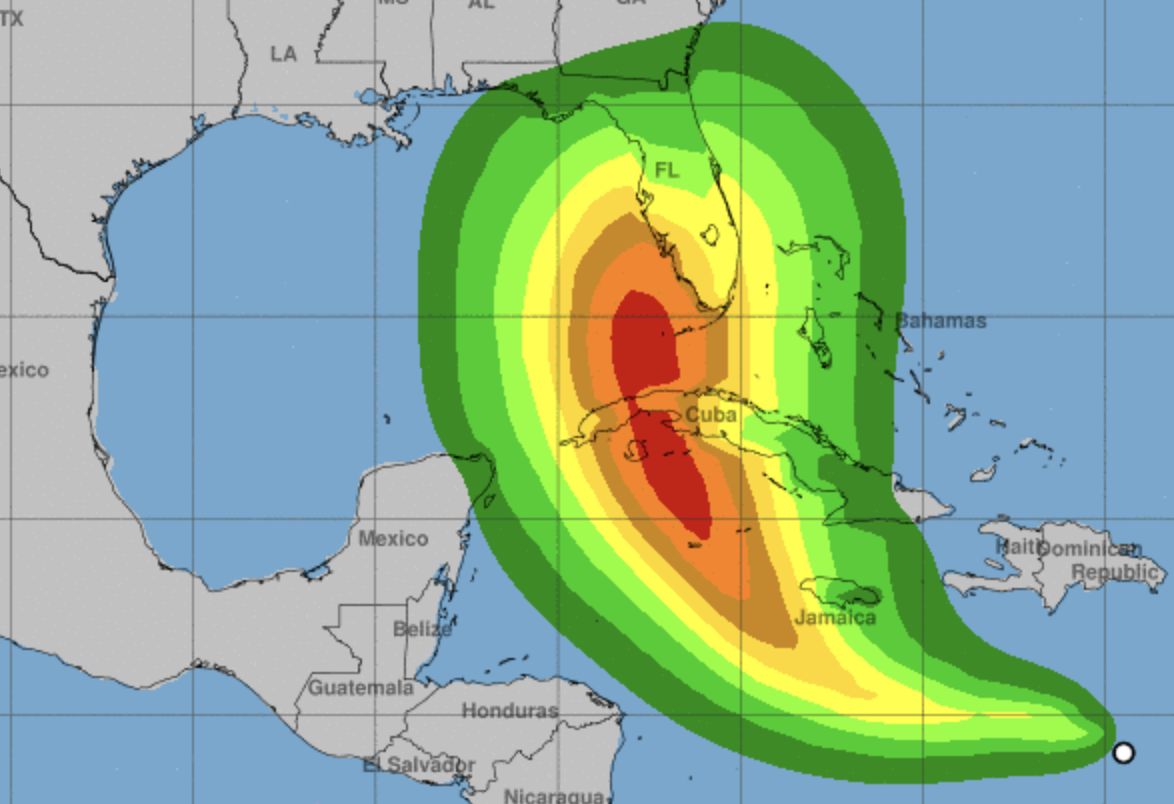 The storm could strengthen into a major hurricane.

Gov. Ron DeSantis is expanding the state of emergency to cover the whole sate of Florida ahead of Tropical Storm Ian.

The Governor originally declared a state of emergency Friday afternoon for 24 counties. At that time, the storm was just known as Tropical Depression 9.

Now, however, Tropical Storm Ian is brewing in the Caribbean, maintaining a troubling forecast path toward Southwest Florida, expected to strike sometime late Wednesday near Tampa. Ian is expected to become a powerful Category 3 hurricane as it nears Cuba.

DeSantis has also requested, in addition to Executive Order 22-218 declaring a state of emergency, a federal pre-landfall declaration to make available resources and support as well as funding sources for emergency protective measures.

Under the emergency order, members of the Florida National Guard will be activated and on standby awaiting orders.

“Today, I signed an Executive Order issuing a State of Emergency due to the threat of Tropical Depression 9,” DeSantis previously said. “This storm has the potential to strengthen into a major hurricane and we encourage all Floridians to make their preparations. We are coordinating with all state and local government partners to track potential impacts of this storm.”

DeSantis is urging Floridians and their families to begin preparing emergency supply kits and stocking food, water, and medicine.

The state of emergency declaration ensures state and local governments have ample time, resources and flexibility to prepare.

To find resources to help prepare for the storm, visit floridadisaster.org/planprepare.

It is too early to tell exactly where the storm will eventually make landfall in Florida, but tracks from the National Weather Center show a cone of probability covering almost all of Florida’s peninsula, centered south of Tampa Bay.

Newest update for Tropical Depression 9. Important to remember that the cone indicates where the center of the storm could make landfall. In this case, there is still a lot of uncertainty. Remember to not panic, but stay informed. We will be providing updates when available. pic.twitter.com/af35Al0G4W

Due to the expected large size of the storm, forecasters warn major weather impacts could be felt well outside the storm’s center and that the storm will bring the possibility of dangerous storm surge, heavy rainfall, strong winds, flash flooding, and potential isolated tornado activity.

previousNASA to forego Tuesday launch of Artemis I