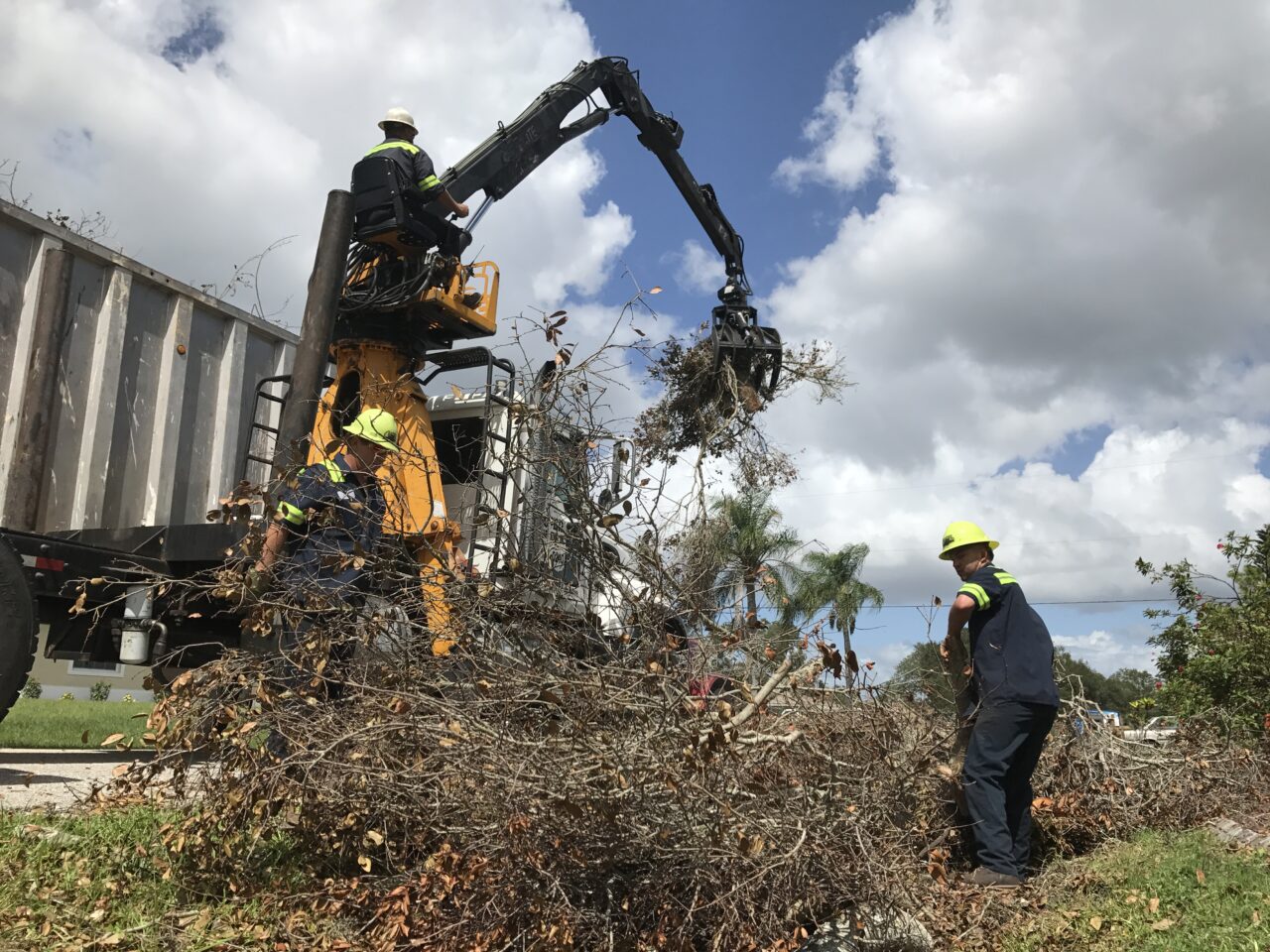 The impacts of Hurricane Ian have left most in the region without power.

Comparatively, those Gulf Coast counties to the north and south of where Hurricane Ian made landfall feel blessed. But while they didn’t feel the devastation suffered in Lee and Charlotte counties, residents in Manatee, Sarasota and Collier counties need power, cell service and a dose of normalcy.

Rep. Bob Rommel represents Collier County, but said Lee and Collier feel like a largely unified community. The Naples Republican owns a restaurant at Fort Myers Beach, the Bayfront Bistro, and based on drone footage of the area, he believes the establishment was leveled by the storm.

But his greatest personal concerns are for a few employees living on the barrier island he knows decided to hunker down but who he has not reached by phone.

As for his district? “Collier is not as bad as Lee,” he said. “But infrastructure is No. 1. We had concrete power poles, which are as hurricane-proof as possible, that were snapped in half. And we can’t just recharge the lines because they are lying in water.”

Right now, almost 78% of Collier County residents remain without power, according to the Public Service Commission. That includes more than 177,000 Florida Power & Light customers and upward of 34,000 co-op customers.

Rommel said power and communication remain their greatest lingering concerns in his county. But other challenges include absorbing the bulk of some 1,200 Lee Health patients being evacuated from the neighboring county.

“The storm has left us,” Rommel said, “but we are still in an emergency situation that continues.”

Further north, Sarasota and Manatee counties similarly primarily face a power issue. About 56% of Manatee County customers have no power, including 198,000 FPL customers and more than 36,000 co-op users. In Sarasota County, more than 67% remain in the dark, including 287,000 FPL users and a handful of co-op customers.

“There has also been damage to rooftops, fencing areas, downed trees,” said Rep. Will Robinson, a Bradenton Republican. “I have not heard about any loss of life in Sarasota or Manatee.”

But he’s heard reports of east Manatee County suffering greater damage in areas like Myakka, that took a brunt of wind damage even if it wasn’t on the coast to suffer storm surge.

Rep. Fiona McFarland, a Sarasota Republican, said her own neighborhood remains without power, though the lights are another street over. But she said FPL officials advised that restoring power will be a tricky affair with transformers blown throughout the region. She said Sarasota Bay ultimately saw wind speeds of 126 miles per hour, but the area didn’t see the storm surge and devastation of neighbors to the south.

“We had to pull all rescue teams last night because winds were so high, and we had to pull them off the roads until 2 a.m. when the winds dropped down.”

But she added that first responders have been grinding and addressing a backlog of 911 calls since then. She said in Sarasota County, southern areas like Englewood took a brunt of the storm.

One fortunate thing about the change in course for Ian the last day it moved toward mainland Florida is that major preparation went into bracing the region.

McFarland also said the area seemed far better prepared than five years ago when Hurricane Irma, a less powerful storm but one that reached into a huge area, crossed through the region.

“It’s refreshing how many lessons from Irma were adopted and trained on,” she said.

nextSt. Pete to reopen all parks and rec facilities Monday