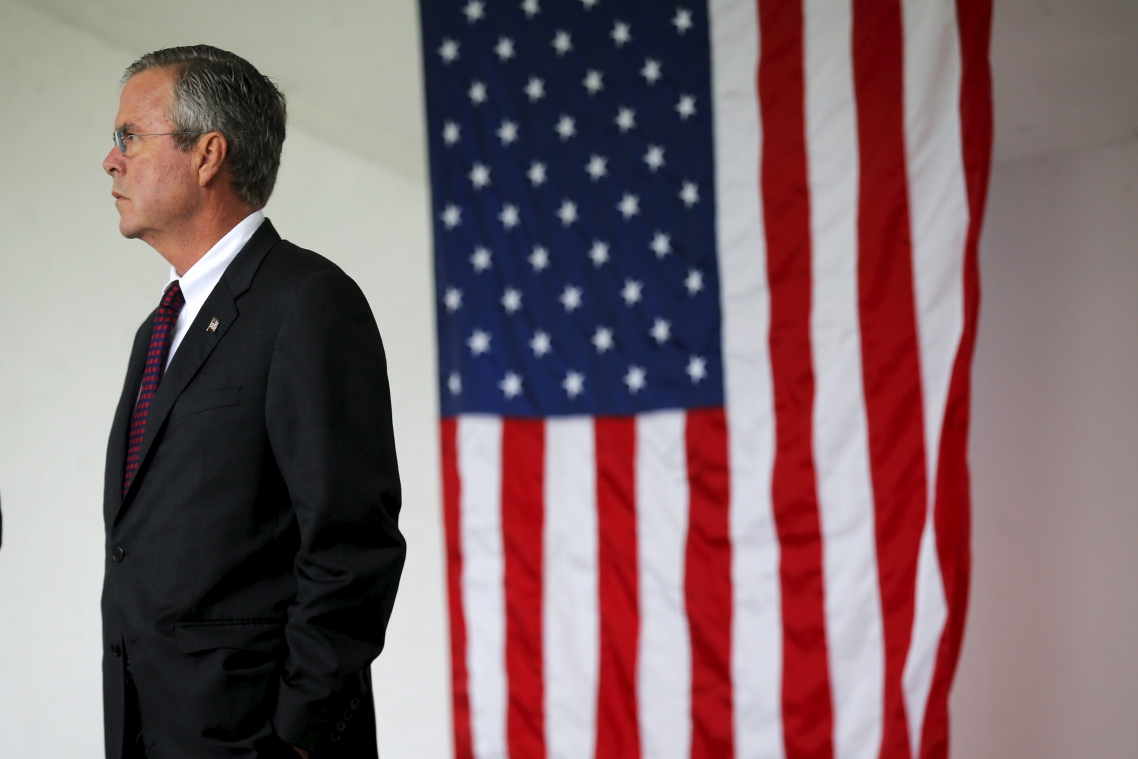 Former Florida Gov. Jeb Bush faces a pivotal moment in his presidential campaign on Wednesday when he goes into a prime-time debate needing to make a mark in a Republican race dominated by Donald Trump.

Once considered a heavy favorite for his party’s nomination, Bush has been overshadowed by Trump’s bomb-throwing rhetoric.

Still trailing in polls weeks after Trump surged into the lead, Bush has to show he can stand up to the billionaire real-estate magnate, said Steve Schmidt, a Republican strategist who was a top adviser to John McCain‘s 2008 White House bid.

“He almost has to have a transcendent performance. He has to be high-energy, he can’t be low-energy,” Schmidt told MSNBC’s “Morning Joe” show.

Bush, a favorite of many establishment Republicans, is back in third place on 9 percent as his campaign for the November 2016 election struggles to take off.

Trump has mocked Bush as being “low-energy” but the well-funded Bush has begun to hit back.

The main Super PAC supporting Bush, brother of former President George W. Bush, launched an ad on its YouTube channel this week accusing Trump of being “in a very dark place.”

The ad by Right To Rise USA compares Trump’s harsh rhetoric with what it says is Bush’s “brighter path” message of economic growth through conservative leadership.

Eleven candidates will be on stage at the Ronald Reagan Presidential Library for the debate that starts at 8 p.m. Eastern.

Aides to Wisconsin Gov. Scott Walker, another conservative favorite trailing Trump, have promised their candidate will step up at the debate. Walker is at seventh place in the Reuters/Ipsos poll on 4.3 percent.

Trump, who dominated the first main Republican debate in Ohio last month, has dismissed possible attacks from rivals this time around.

“I hear they are going after me. Whatever. Whatever,” he said at a campaign rally in Dallas on Monday.

The debate stage will be set up next to the retired Air Force One aircraft used by the late President Ronald Reagan.

The gathering is being hosted by CNN with correspondents Jake Tapper and Dana Bash posing questions, along with conservative radio host Hugh Hewitt.

The face-off will be the first time Trump has been on stage with former Hewlett-Packard CEO Carly Fiorina.

Trump last week was quoted by Rolling Stone magazine as saying of the candidate: “Look at that face. Would anyone vote for that?” He later said he was talking about her “persona.”

In a sign of how fluid the Republican race is, a CBS News/New York Times poll said 63 percent of Republican voters had not yet decided who they would support.