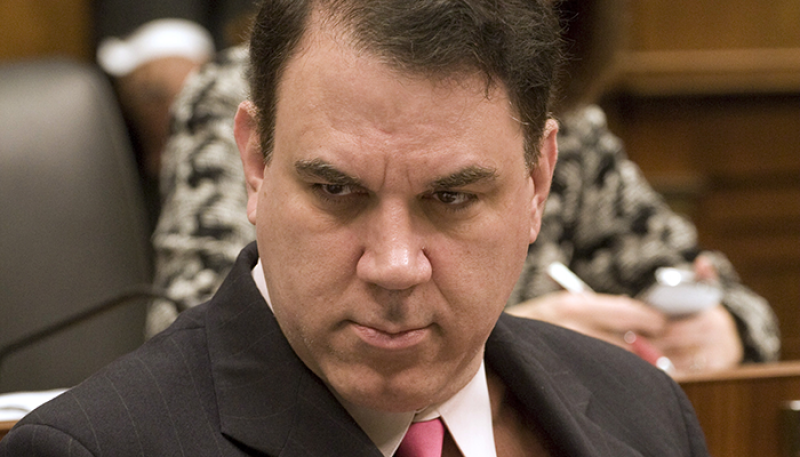 The Patrick Murphy Senate campaign is calling on Alan Grayson to donate to charity his profit of $100,000 to as much as $1 million from “slave labor in the east African nation of Eritrea.”

The request stems from a story posted by BloombergPolitics that reports that Grayson’s family has cashed in a long-held investment in a mining company that derives its revenue almost entirely from Eritrea, a small East African country.

Human Rights Watch labeled Eritrea “a pariah state,” in part, for its system of forced labor.

“Hedge Fund Manager Alan Grayson profited off of a company accused of using slave labor on a massive scale, and then sponsored legislation condemning those same practices,” Murphy campaign manager John Wolf said. “That kind of shameless hypocrisy is exactly what Floridians hate about Washington. If Congressman Grayson still knows how to do the right thing, he should donate to charity every penny of his profit from the suffering of innocent people.”

Murphy and Grayson are battling for the Democratic nomination for Senate this year in Florida.

The story comes a week after Senate Minority Leader Harry Reid called on Grayson to  leave the race, amid scrutiny of his hedge fund.

Grayson is pushing back, however, saying he wasn’t aware of the Human Rights Watch report from 2013 that criticized the Canadian mining company in question, Nevsun Resources Ltd.

“The fact is I didn’t know, I couldn’t have known, and I did nothing wrong, nor did my children,” Grayson told Bloomberg last week when asked about his investment in the company. “If I had known, then I would have divested,” he said. “I did actually divest, but I didn’t know when I divested, nor would I have any reason to know that, given the fact that literally thousands of different investments are involved, given the fact that nobody brought it to my attention until I’m in the midst of a competitive campaign.”

Grayson Senate campaign spokesman David Damron went even further in disputing the report, telling Bloomberg that in an email that “Representative Grayson has long actively opposed labor abuses of any kind, both here and abroad. It is irresponsible and offensive to seek to trivialize that lengthy record because of a single stock purchase, made several years before any allegations were made against the company’s subcontractor, which have been heavily disputed, and before the project even began.”

The Human Rights Watch Report wrote this in 2013:

Nevsun’s experiences show that by developing projects in Eritrea, mining firms are walking into a potential minefield of human rights problems. Most notably they risk getting entangled in the Eritrean government’s uniquely abusive program of indefinite forced labor—the inaptly-named national service program. Through this program, the Eritrean government keeps an enormous number of Eritreans under perpetual government control as conscripts. Originally conceived as an 18-month program, the national service scheme now requires all able-bodied men and most women to serve indefinitely, often for years and with no end in sight, under harsh and abusive conditions. Those who try to flee risk imprisonment, torture, and even reprisals directed against their families.

Bloomberg reports that last year Grayson “made a passionate speech denouncing trade with dictatorships or countries that employ forced labor.”

“When we buy an item that’s imported from a country that has slave labor, that has forced labor, we’re saying to that world we are OK with that,” Grayson said last June. “Well, I’m not OK with that. And I think that if we’re going to have trade rules at all, we should have a rule against forced labor. That would seem to me to be a bare minimum of what we should expect of other countries if they want to trade with us.”

Last weekend, Murphy held a conference call with reporters two days after the New York Times reported on Grayson’s offshore hedge fund. He said Grayson should resign his seat from Congress “if all of these allegations are true.”