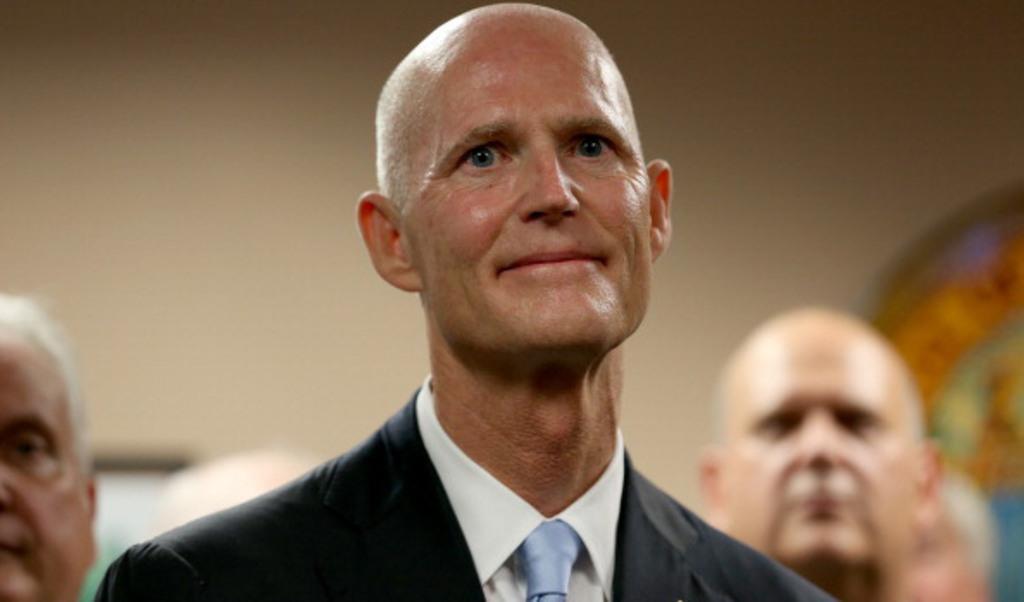 It’s bugging me that Florida, now the third-most populous state, never has managed to get a Floridian elected president.

It looked like there was a great chance this year, with Jeb Bush and Marco Rubio starting out as strong possibles. Even Ben Carson looked like he had a shot at one time. But each saw his candidacy collapse.

Donald Trump has deep Florida ties. The state could kind-of claim him if he were elected. But it’s not clear he could even carry Florida in the general election.

I’m not sure what needs to happen for a Floridian to be elected president. But I’m sure what should not happen. Do not elect Rick Scott to the U.S. Senate in 2018. He is virtually a conglomerate of all the weaknesses of this year’s Floridians who ran – plus Trump’s bad points.

More on that in a minute.

First, here are sad facts about Florida’s lack of a president. The two states above Florida in population and the five states below Florida all have sent men to the White House who were residents at the time of their election.

So what is Florida, chopped liver?

The best way for a modern politician to get elected president is to have a résumé that includes serving as a governor or as a member of Congress – preferably as a U.S. Senator.

You have to go all the way back to Dwight Eisenhower to find a president who wasn’t either a governor or member of Congress. Eisenhower, of course, represents the third-best way to become president: Be a national war hero. Changes in the nature of modern warfare make that avenue unlikely.

Although being a senator or governor is the best way to become a president, Florida has proved that serving in those positions is not sufficient to do the trick. Former Gov. Jeb Bush and current Sen. Marco Rubio both failed this year. And Bob Graham – who was both a governor and a senator – completely failed to stir significant national interest when he ran for president in 2004.

But Scott would have zero chance of becoming the first Floridian elected president. Why? He shares the worst faults of all the Floridians who failed before him.

Scott is nerdy like Bush and Graham. Like many nerds, he is not a gifted public speaker.

But at least both Bush and Graham were accomplished nerds. They were policy wonks who truly understood how government works. Scott is more creepy-nerdy. Lacking a nerdy passion for policy, he has failed to put his stamp on the state.

Which means that, like Rubio, Scott’s ambition outruns his abilities. He is a creature of news releases and ribbon-cuttings. But what has he done? Where is the tax cut he championed this year? Where is the Seminole Compact he negotiated? Both failures. When you get down to it, Scott shares Rubio’s distaste for doing the hard work of government.

Then there’s the fact that Scott, like Trump, can claim the mantle of “Successful Businessman.” Perhaps that will become the new best way to be elected president.

Unfortunately, here again Scott shares the worst aspects of Trump’s claim to fame. Trump is under attack for multiple business failures, including bankruptcies and the allegations of scandal surrounding Trump University.

Scott never will be able to shake the taint from the $1.7 billion fine levied against his former company, Columbia/HCA, for Medicare fraud. He is Trump with all the sleaze but none of the marketing genius.

Now, none of this means that Scott can’t be elected to the Senate. He was, after all, elected governor twice.

But I am focused on finally getting a Floridian elected president. It doesn’t seem plausible to me that the candidates to replace Rubio in this year’s Senate race will be presidential material – at least anytime soon. (Can anybody even name the declared candidates without resorting to Google?)

The task, then, would be to find someone to send to the Senate with some pizazz, skill and national appeal. Such as … ?

What about the next governor? Well, Florida Agriculture Secretary Adam Putnam might fill the bill. He was a high-ranking GOP member of the U.S. House before refocusing on state politics and his current position. Much would depend on his accomplishments were he to be elected governor in 2018.

But the end of Putnam’s potential first term is a long way away. There simply is no other Floridian on the horizon to replace Bush and Rubio as credible (once credible) presidential candidates.

Meanwhile, both the Democratic and Republican front-runners are from New York. It looks like the Empire State will get another president. And for the foreseeable future, Florida will remain the Chopped Liver State.