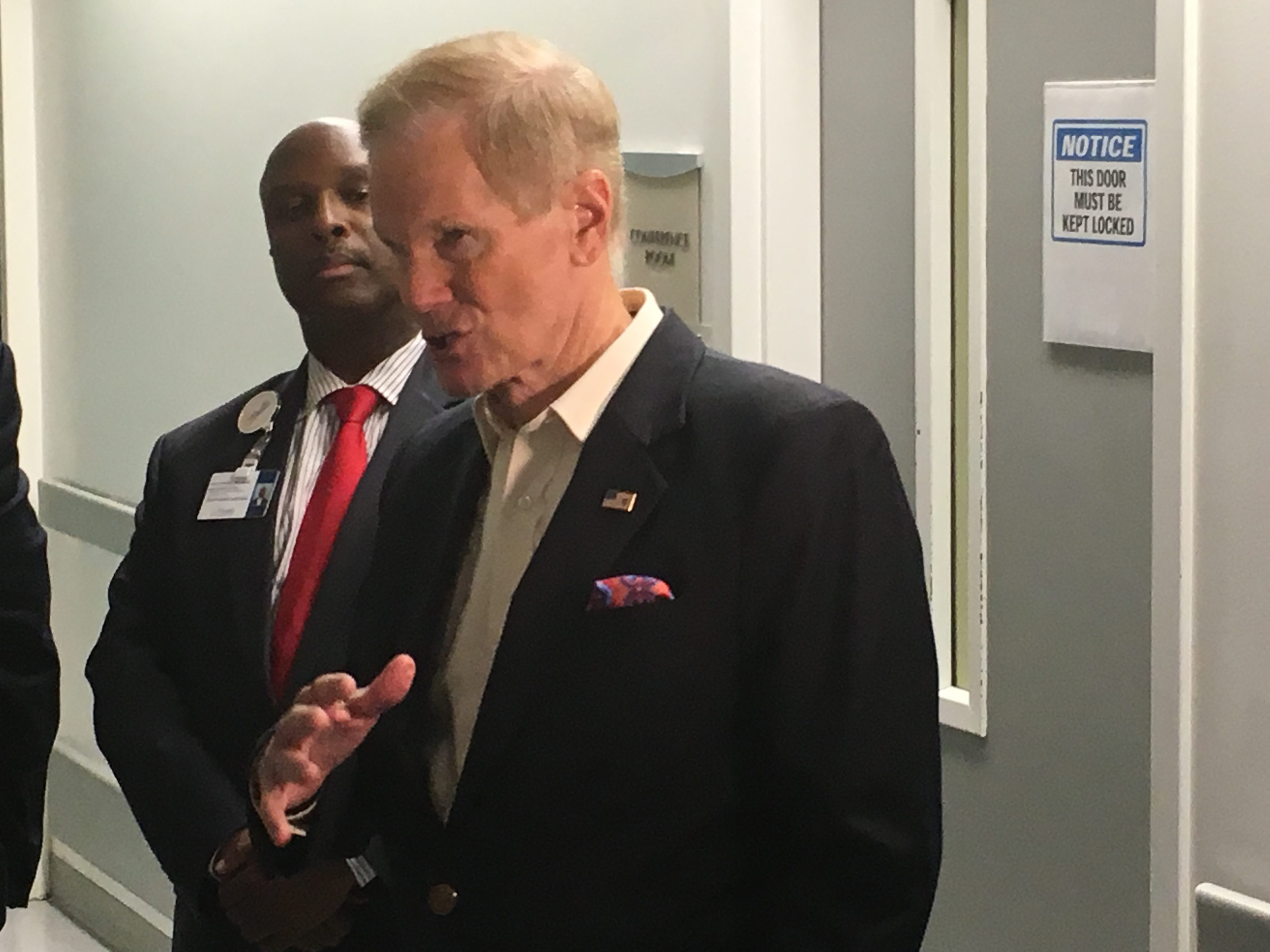 Add Bill Nelson to the growing list of Democratic and Republican Party officials who don’t think much of the request from President Donald Trump‘s Presidential Advisory Commission on Election Integrity to hand over “publicly available voter roll data.”

“This is the most ridiculous mandate back on the states that I’ve ever heard,” the Florida Democrat told reporters Monday afternoon.

Nelson had just concluded a meeting with residents urging him to continue to fight to preserve the Affordable Care Act.

“Give us your personally identifiable voters information that is not public, and we’re going to put it in a centrally registered point that is unsecured?” Nelson said in disgust. “It’s just an open invitation to North Korea, the Russians, China and non-state actors to come in and get that information.”

Neither Florida Gov. Rick Scott nor Secretary of State Ken Detzner has publicly commented on the request.

“It’s idiotic,” Kobach recently told The Washington Times. “These states make the information available to the public, but they don’t want a presidential commission to take a serious look at it? That makes no sense at all.”

Charles Stewart III, an MIT political scientist, wrote Monday in POLITICO that the commission’s requests have opened up a whole series of questions: How will the database be housed and protected? Will the resulting national voter file be subject to federal FOIA requests? Will those requests be granted based on state or federal laws? Will the match lists that are produced be public documents?

Nelson said that the U.S. and the rest of the world already have enough to contend with concerning the integrity of the vote, particularly when it comes to Russian interference.

Three Democrats running for Florida governor in 2018 — Gwen Graham, Andrew Gillum and Chris King — have each condemned the request.

“While states certainly should not tolerate voter fraud, Kobach’s request for voters’ personal information isn’t based on any confirmed reports of such fraud,” King said in a statement. “Of the more than 130 million votes cast during the 2016 presidential election, there were only four documented cases of voter fraud. Kobach’s request for voter information is a waste of taxpayer money and an attempt to purge voter rolls and suppress voter turnout where no problem of vote fraud exists.”

“Kobach’s request for voter information is a waste of taxpayer money and an attempt to purge voter rolls and suppress voter turnout where no problem of vote fraud exists.”

An official with the Scott administration said on Monday that they are still considering the proposal.

“We have received the letter. We are reviewing it,” Director of Communications Sarah Revell told CNN.

Nelson also answered questions about Scott, the Republican he may face next year when he runs for another six-year Senate term, his fourth since being elected in 2000.

“I like the contrast because there’s a lot of contrast between his positions and mine and even our styles,” Nelson said.

Scott has yet to formally announce his candidacy, and said he’s in no hurry to make an announcement about his future. With seemingly unlimited financial resources and solid name recognition, Scott is probably one politician who can afford to wait.

While Nelson conceded he won’t be able to match Scott in fundraising, he is eliciting more campaign contributions from social media and online requests than ever before. Nelson also sounded extremely confident in his chances.

“The American people and especially Floridians are very smart, and they can usually sniff out who is the one who is really dedicated and has a heart for public service. and that’s why they have rewarded me election after election for many years,” he said. “And I’m very grateful for that.”