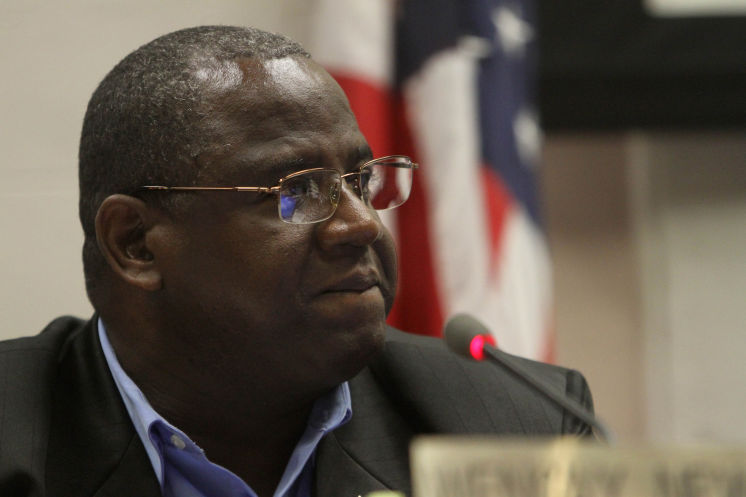 Newton is the third Democrat to join the District 7 race.

Rep. Wengay Newton will not seek a third term in the Florida House of Representatives, he announced this weekend. Instead, Newton is running for Pinellas County Commission.

During an announcement at his 13th annual Appreciation Barbecue at Dell Holmes Park, Newton said he’s running for local office to bring his activism back into the community where he grew up.

“There were 10,847 juveniles arrested in this district last year,” Newton said. “I’m not talking about suspensions or detentions, I’m taking about arrests — mug shots, finger prints, cages and permanent records. Of that, 58 of them were eight year olds.”

Newton has long been an advocate for after school and juvenile summer job programs to keep kids out of trouble and give them opportunities for long term success. Now he’s looking to fulfill that role as a County Commissioner where he hopes to have a say in redevelopment decisions for the Tropicana Field site.

“I know that I can do more having part of the discussion on what’s gong to happen with that 85 million Trop site they took from African Americans on the premise of progress that never evolved. You’re talking about a billion dollars in development potential. That discussion is going to come up in this decade,” Newton said.

“I do know that right now all that area is drawn up into the downtown. If you’ve been downtown, downtown don’t need nothing. I want to redraw that 85 acres back into the Southside to have a dedicated funding source to once and for all heal this city,” he continued.

Grimsley has served with Newton since July of 2018 after the two met when she reached out to him through her church for community outreach.

“He has never gone against anything he said he was going to do. He has truly trained me and I am so grateful for that,” Grimsley said. “I’m ready to fight the fight. I think that I have been led by one of the best. I am ready to represent you in District 70 as your next State Representative.”

On hand at Newton’s announcement were Rep. Ben Diamond, former St. Pete Mayor Rick Baker and former Rep. Sean Shaw, along with several members of the South St. Petersburg community, though not necessarily to endorse his candidacy.