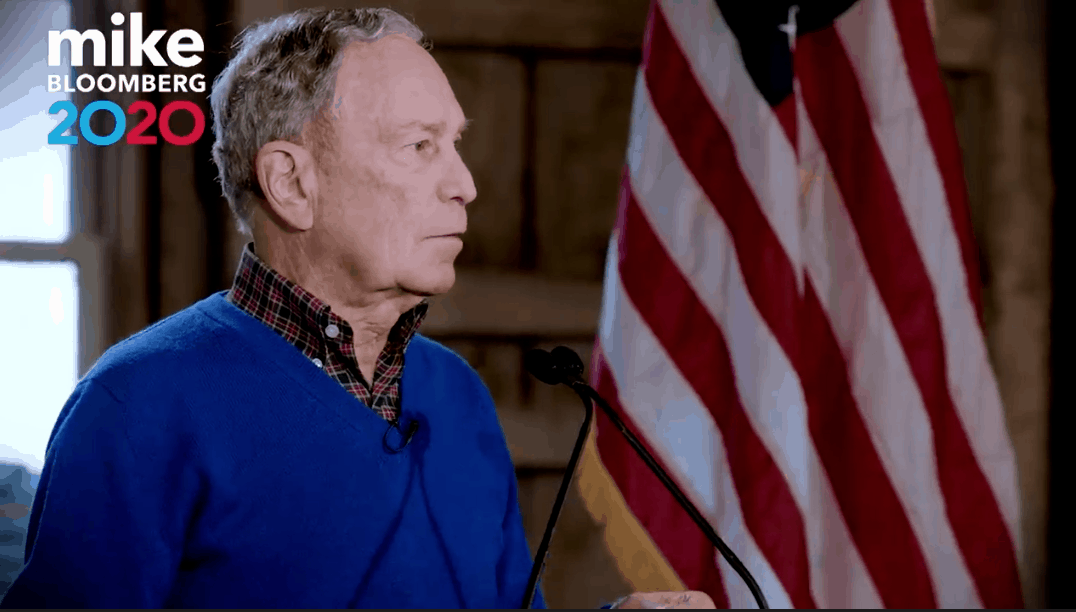 Democratic presidential candidate Mike Bloomberg weighed in on the impeachment trial of President Donald Trump in a new television commercial launched Tuesday in which the former New York Mayor calls for the U.S. Senate to remove him or “you and I will.”

Bloomberg, a billionaire financial media mogul who is financing his own campaign featuring an early blitz of television commercials on both national and local TV, released his new ad “Impeachment”  on three national cable news networks and on local stations in Florida, Alabama, Arizona, Colorado, Maine, Michigan, North Carolina, and Texas.

His campaign noted they picked those states because they have competitive elections for Republican U.S. Senators, though Florida does not in the 2020 election.

The commercial shows Bloomberg appearing at what looks like a townhall-style gathering and declaring, “I am running to defeat Donald Trump. In 2016 I warned that Donald Trump was a dangerous demagogue and when the Republican Congress wouldn’t hold him accountable I went to work helping run winning campaigns in 21 House seats.”

As he makes that boast, a headline from the New York Times, from November, 2018, appears reading, “How Michael Bloomberg Used His Money to Aid Democratic Victories in the House.”

Then he gets to his point, tied to the U.S. Senate impeachment trial of Trump, which began Tuesday afternoon.

“It’s time for the Senate to act and remove Trump from office. And if they won’t do their jobs, this November, you and I will.”

After the House Democrats impeached Trump in December, Bloomberg praised the vote, saying the House did its duty under the Constitution. Bloomberg said the evidence of wrongdoing is overwhelming and that, if he was a Senator, he would vote to convict Trump.

Despite his onslaught of expensive media buys, Bloomberg is still considered a long shot candidate. Regardless, he’s vowed to spend as much money as it takes to get Trump out of office.