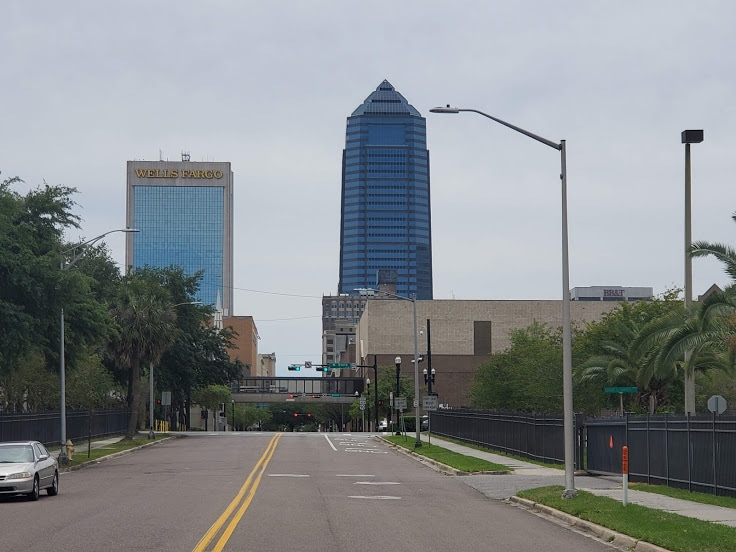 A vacant downtown Jacksonville might have helped keep coronavirus from infecting the homeless population. Photo by Drew Dixon.

Not a single one of the nearly 700 coronavirus tests among Jacksonville’s homeless population turned up positive.

Jacksonville officials administered 679 COVID-19 tests among its homeless population at eight shelters in downtown. Cindy Funkhouser, president and CEO of the Sulzbacher homeless center in downtown Jacksonville, partnered with other facilities and UF Health.

Funkhouser said testing began amid concerns over a potential outbreak in the city’s core.

“To have zero percent is pretty darn incredible,” Funkhouser said.

“We were really concerned about this because when something like this gets into a shelter or any kind of congregate living, it goes like wildfire,” Funkhouser said, noting other cities like Boston that reported rapid spread of the illness among the homeless.

“Really, it’s only been homeless people downtown. It’s a been a ghost town and there haven’t been a lot of people in the downtown for our people to interact with,” Funkhouser said.

Curry‘s work from home order played a “huge” role in keeping the homeless population separated from people who may have been infected, Funkhouser said.

The tests were also part of a broader UF Health and Sulzbacher Center study examining how the pandemic affects different socioeconomic groups.

Funkhouser said with restrictions being eased, there may be some spike in the spread of coronavirus among the homeless as more people come back in to the downtown area and increase potential exposure risks.

“We’ve done a lot of education for our folks around social distance and wearing masks. We hope they will carry on with those measures when a lot of people come back downtown,” Funkhouser said.