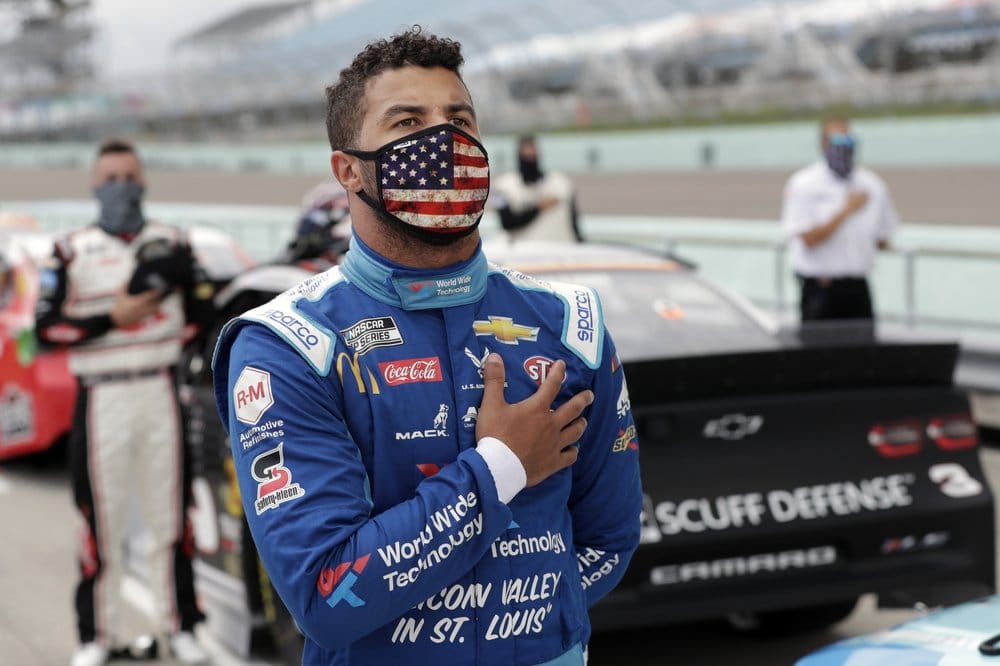 The FBI is investigating who left a noose in a driver's Talladega garage.

We’re all supposed to wear masks these days but someone in the high-stakes sport of NASCAR chose a hood instead.

You know the story by now. A coward placed a noose in driver Bubba Wallace’s garage at Talladega over the weekend. Watson is the only full-time Black driver on NASCAR’s biggest circuit.

His urging led NASCAR’s leadership to ban Confederate flags at their racetracks. But let’s be clear, that move had near-unanimous public support among the drivers. Don’t blame the group for the racist, despicable action of a few Neanderthals. And don’t assume the vast majority of fans who love NASCAR aren’t appalled by what they saw and heard.

By Monday, #IStandWithBubba was trending.

If the racial turmoil we’ve gone through as a nation this year is to have any meaning, the person(s) who did this needs to be found, prosecuted, and severely punished. Society has the right to firmly say “no” when something like this happens.

Someone let a noose do the talking because they were too cowardly to speak face-to-face. But that’s what cowards do. They hide under sheets and cover their faces with hoods. They skulk in darkness because the light exposes their hate-filled souls.

But of course, it takes more than a stroke of the pen to push through decades of prejudice, especially in a sport whose roots date to bootleggers in the Deep South. NASCAR fans have always had a certain attitude of defiance about themselves.

A plane flew over the track towing a giant Confederate flag. No surprise. Everyone probably also expected to see those trucks in the vicinity of the track with the forbidden flags flapping in the breeze.

There are some sick puppies out there.

The FBI is on the trail, which could mean someone could face hate crime charges if/when discovered. Speaking during a teleconference Monday with reporters, President Steve Phelps made it clear what fate awaits the guilty.

“Unequivocally, they will be banned from the sport for life,” he said. “There is no room for this at all. We won’t tolerate it. They won’t be here.”

Even that won’t stop some people, which begs the question: Why?

Banning the Confederate flag is about respect, not, as some like to mock, political correctness. NASCAR’s standard fare includes the American flag, flyovers, prayers, county music, and stirring renditions of the Star-Spangled Banner.

But the Confederate flag no longer fits that scene, as if it ever did anyway. It represents slavery, oppression, bigotry, and hatred. NASCAR finally figured that out.

But not everyone got the memo.