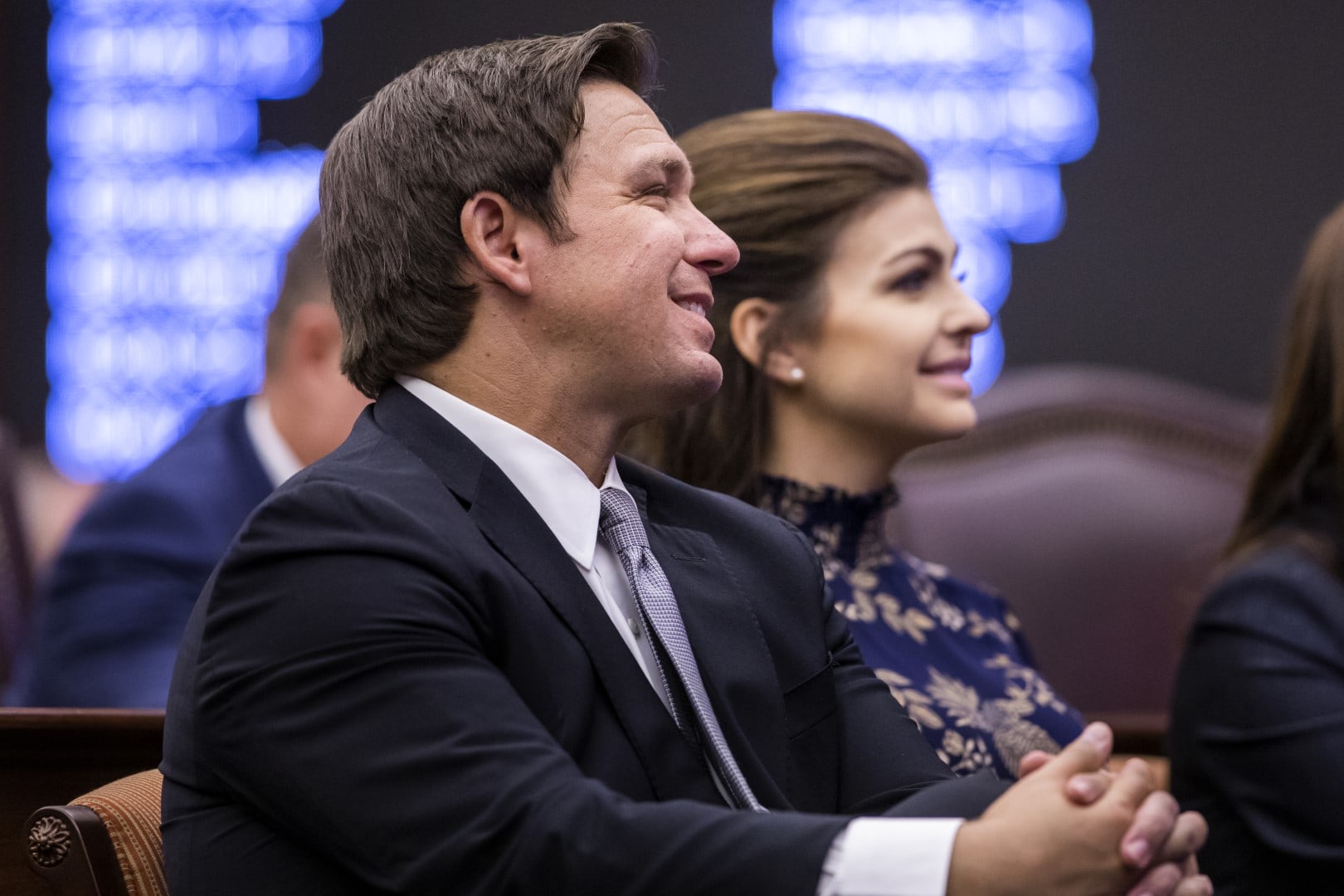 The Governor's children are not, in fact, school-aged.

Gov. Ron DeSantis may not have convinced every Floridian sending kids back to brick and mortar schools is the prudent move, but he convinced at least one.

The Florida Governor said Tuesday in Miami that he convinced First Lady Casey DeSantis to send their children back to school, assuming that those youngsters are school-aged.

They are not, of course, so it’s a moot point for the DeSantis family.

“But initially …,” the Governor then trailed off, implying she was not always convinced.

DeSantis delivered that revelation during the question and answer session after a roundtable event with a bipartisan group of South Florida Mayors.

It was part of an extended mediation toward getting children back in classrooms even as COVID-19 surges, a DeSantis priority that has roiled many educators and parents alike.

“I think some of this fear is unfounded,” DeSantis said, saying it was important to “focus on what’s the fallout for the actions being taken.”

“The school system is one of the places where a child who is being abused can go for refuge, where actions can be taken,” DeSantis noted.

The Governor honed in on the potential problems a curtailed school year could pose for student-athletes.

“What about having football season, things like that? A lot of young kids, this is their ticket to be able to go to college through athletics. What happens to all those dreams and all those aspirations?

“When I was in high school, if you had just canceled my season and my year, that would have been big-time devastating for me, and that’s probably true for a lot of people,” the Governor added.

“The posture should be: Let’s do what we can to do what’s best for the kids,” which the Governor said might look different in different parts of the state.

Whether the Governor finds the rest of the state to be as convinced as readily as Mrs. DeSantis is unknown, but time will tell.