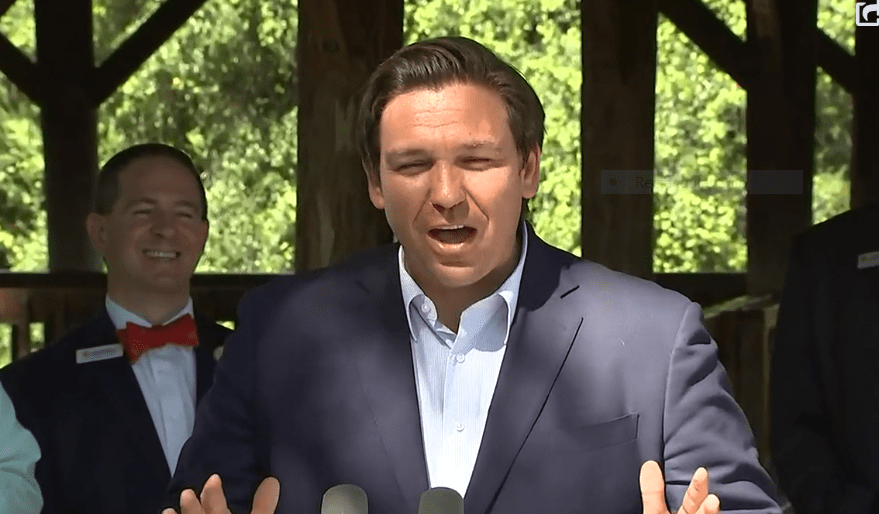 Gov. Ron DeSantis hailed a recovering job market Friday in Weeki Wachee, as Florida’s economy recovers from COVID-19 and the changes it drove for the last six months.

The Governor said that the 35% decline in the unemployment rate, now at 7.4%, was “much better than predicted,” even as Florida “still has a ways to go” in terms of full recovery.

“People thought we were going to be at 15% plus unemployment for a while,” DeSantis said.

After months of brutal numbers, August’s report from the Florida Department of Economic Opportunity suggests that for many Floridians, there may be cause of optimism in the final quarter of 2020.

The 7.4% unemployment rate for August is down four full points from July’s number, with 753,000 on unemployment rolls, 384,000 lower than was the case the month before.

Florida’s labor force increased 1.4% over the month, DEO notes, with 143,000 Floridians having entered the workforce.

The month over month indicators are strong.

“During the month of August, we have seen businesses continue to open, mitigation efforts have continued to relax and allow businesses to reopen, and we’ve also seen schools going back, and that’s going to impact people’s ability to go back to work,” Johnston said, before noting it’s premature to forecast momentum continues unbounded.

“There are a lot of factors that go into this, and businesses are still trying to understand what their long-term impacts are. Right now we see rapid gains in job growth and we see the unemployment rate dropping pretty dramatically over the month, but I wouldn’t put too much into a one- or two-month trend. It’s going to take us a little bit of time before we really know the shape of this recovery.”

The only industry to gain jobs year over year was government, which added 1,900 workers overall.

Nearly 250,000 of the jobs lost, predictably, are in the tourism and hospitality sectors, which were crushed by coronavirus-driven shutdowns. Those jobs may be slow in returning fully.

As Amy Baker, coordinator of the Legislature’s Office of Economic and Demographic Research, said earlier this month, tourism could take up to two years to recover once the pandemic is in the rearview mirror.

Overall, though, DEO sees “encouraging indicators,” noting “Florida lost 1,178,100 jobs from February to April 2020 and has since gained back over half of the jobs lost.”

Some of the greatest challenges in re-employment are in some of the state’s more populous counties.

Osceola’s 15.1% jobless rate leads the state, followed by Orange County at 11.6%, with Broward and Polk counties tied for third at 9.3%.

The Governor noted a “softness” in Central Florida, where the “convention business isn’t what it was.”