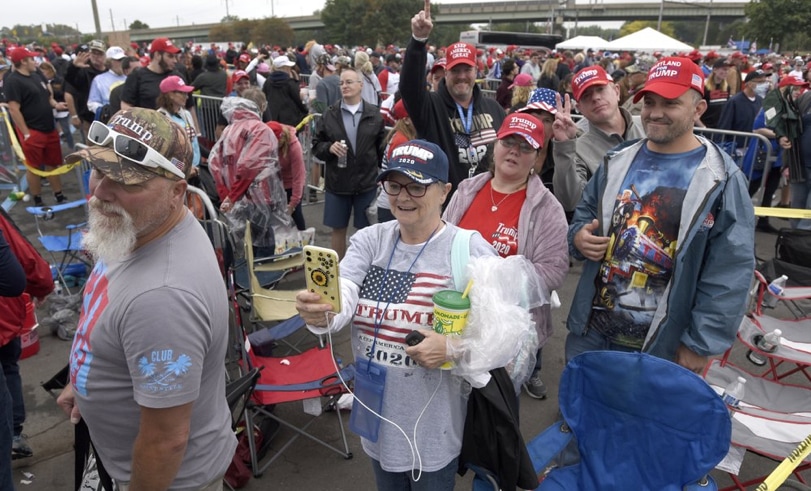 The confirmation battle will be featured in a new $10 million RNC digital ad campaign to encourage battleground state voters to return vote-by-mail ballots or go to the polls. The national party, in concert with President Donald Trump’s campaign, is planning local events and protests across the country to support Barrett’s confirmation as well.

The party is also incorporating Barrett’s nomination into its scripts that staffers and volunteers use when calling or knocking on voters’ doors, with a focus on social conservative Catholic and evangelical voters — particularly in swing states like Wisconsin, Pennsylvania and Florida.

The RNC on Saturday unveiled a website, ConfirmBarrett.com, to allow supporters to contact lawmakers to urge them to put Barrett on the court. It also anticipates trying to fundraise off the confirmation fight, including Democratic vice president nominee Kamala Harris’ position on the Senate Judiciary committee.

“With a full-throttled effort from now until President Trump’s nominee is confirmed, our teams will expose Democrats’ partisanship, aggressively promote the qualifications of Judge Barrett, and use this issue to galvanize voters to the polls in November,” said RNC Chair Ronna McDaniel.

The Democratic National Committee also is eager to make the nomination an election issue.

“This choice confirms what we already knew: Everything we care about is at stake in this election,” DNC Chair Tom Perez said in a written statement. “Health care is on the ballot. Reproductive rights are on the ballot. LGBTQ rights, voting rights, and workers’ rights are on the ballot. The future of our planet is on the ballot. Today’s announcement is an affront not simply to our values as a democracy, but to every organizer and activist who has fought, marched, and voted to make this country live up to its founding ideals. What’s more, it flies in the face of voters’ wishes: A majority of the American people believe they should have a voice in filling this seat by casting their ballot in November.

previousThe U.S. reckoning on race, seen through other nations’ eyes