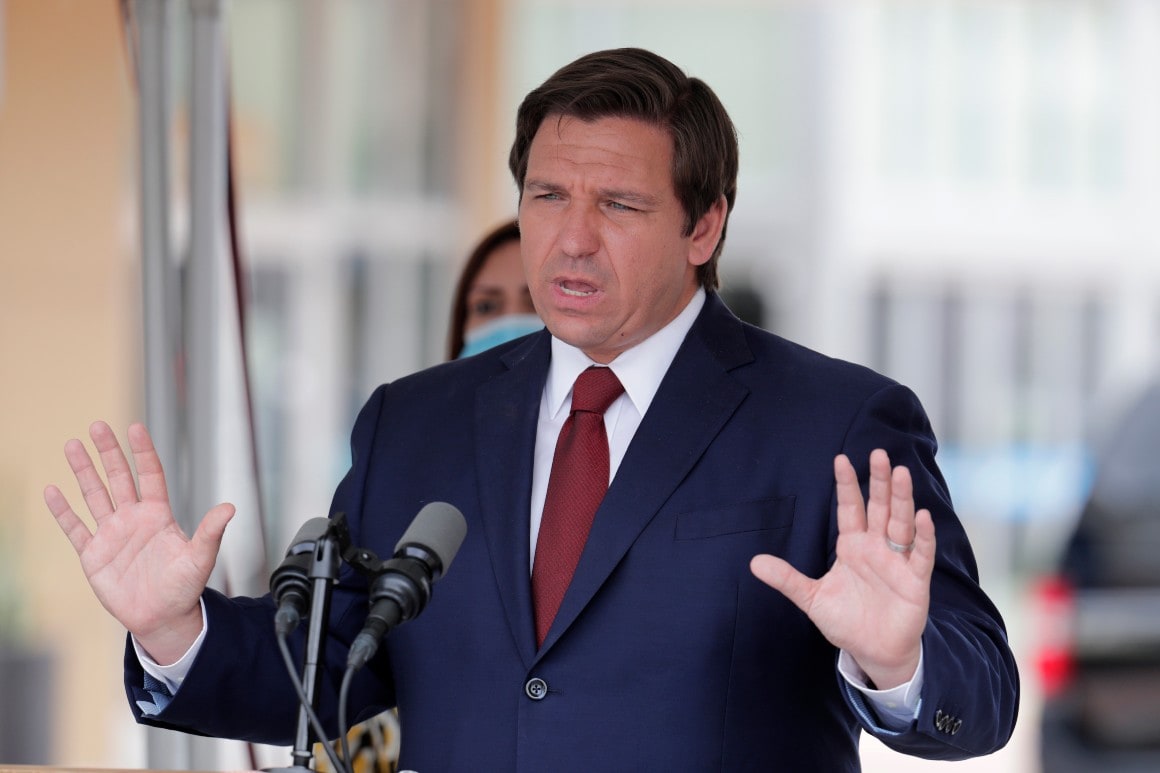 Homebound Holocaust survivors are getting priority in one new program.

Florida is continuing its “Seniors First” vaccine rollout with a renewed focus on faith communities.

Speaking at the Aventura Turnberry Jewish Center on Thursday, Gov. Ron DeSantis announced a multi-faith vaccine distribution with the synagogue, the Islamic Center of Greater Miami and Trinity Church in Miami Gardens. Additionally, the first 750 shots from a new weekly allotment of 1,500 vaccines for homebound seniors would go to Holocaust survivors.

Politics and division on social media can consume society, the Governor told reporters, but people want to look out for each other in their daily lives.

“They want to make sure that our seniors are getting vaccines. They understand how important this is,” DeSantis said. “It doesn’t matter what tradition you come from, you want to be there for the folks that really matter.”

Rabbi Jonathan Berkun, whose synagogue is hosting what the state is calling the first multi-faith vaccination site, said Jewish, Islamic and Christian traditions all say to care for the elderly and the disadvantaged. He cited recent reports that minority communities lag in vaccinations and have been struck particularly hard by the pandemic.

“All of our faith communities have had to reimagine what together looks like during this nearly year-long pandemic,” Berkun said. “Today’s effort is one where we can proudly practice what we preach.”

Miami-Dade County Mayor Daniella Levine Cava recalled the family members she has who survived and who died in the Holocaust.

“I think it’s really so important that we work across faiths to provide the comfort and care that our community needs during these very, very difficult times,” Levine Cava said.

The new vaccination site will serve 175 people from each of the three partnered houses of worship.

Across the state, 13,000 individuals have so far received shots at houses of worship, which have been largely used for outreach into minority communities. The Governor is leaning on faith leaders as a trusted source for “steering their flock to the vaccine.”

Thursday marks the second day in a row the Governor has been in South Florida to highlight new vaccination efforts. On Wednesday, he was in Pahokee to open a new vaccination site in the rural and majority Black town along Lake Okeechobee. Berkun referred to the effort in that town during his speech.

The Pahokee site came online after some critics, including several Palm Beach County officials, argued the Governor is not doing enough to provide the vaccine to the county’s rural and minority communities. Publix pharmacies are the primary vehicle for administering vaccines in Palm Beach County.

Despite the heated political moment in the nation, DeSantis said people should stop worrying about the politics of the vaccine rollout.

“Once every senior who wants a vaccine gets it, then if you want to start doing politics, not that we don’t have work after that, fine,” he said.

On Monday, the Governor said the rollout has been extremely politicized since President Joe Biden‘s inauguration. However, DeSantis has played a hand in the politicization with shots aimed at the White House, both by name and without.

The Biden administration has stopped withholding vaccine booster shots and is now leaving it up to the states to budget their vaccine distributions. That makes it difficult for state because they only learn about the coming week’s allocations the Friday or Saturday before.

However, that problem has been consistent since the Trump administration, DeSantis added.

“If I had a guarantee of, ‘here’s what you’re going to get for the next month,’ ironclad, then we obviously would want to maximize that to the best that we can,” he said.

The Biden administration is rolling out the Federal Pharmacy Program to administer COVID-19 vaccines soon. DeSantis said the state has for weeks been waiting for that program, which could provide tens of thousands of additional doses weekly on top of the state’s 307,000 weekly allotment.

Those shots will be available at Walmart, Winn-Dixie and Publix.

The state is also expanding its partnership with Publix to open more vaccination sites at pharmacies in Pinellas and Pasco counties.

“When you’re going to get your Super Bowl snacks to watch Tom Brady bring home his seventh Super Bowl, you can go ahead and potentially get your COVID vaccine,” DeSantis joked.

The Governor is asking Floridians to honor their vaccination appointments. Some people have missed appointments, others haven’t shown up for their second doses, and some have booked multiple appointments.

Johnson & Johnson could file for an emergency use authorization for their vaccine by the end of the week, he also said. Their vaccine is less effective at reducing the spread of the virus, but DeSantis says the one-shot formula is 100% effective at preventing death and would be “another arrow in the quiver” for Florida.

More than 1.7 million have tested positive in Florida, and nearly 1.8 million people have received a COVID-19 shot. COVID-19 outbreaks appear to be on the decline in the Sunshine State, which the Governor attributed to the cyclical ebb and flow of the virus.

“If we continue on these vaccines, then it’s not going to be able to have a resurgence at that point as we get into March and April and obviously over the summer,” DeSantis said.