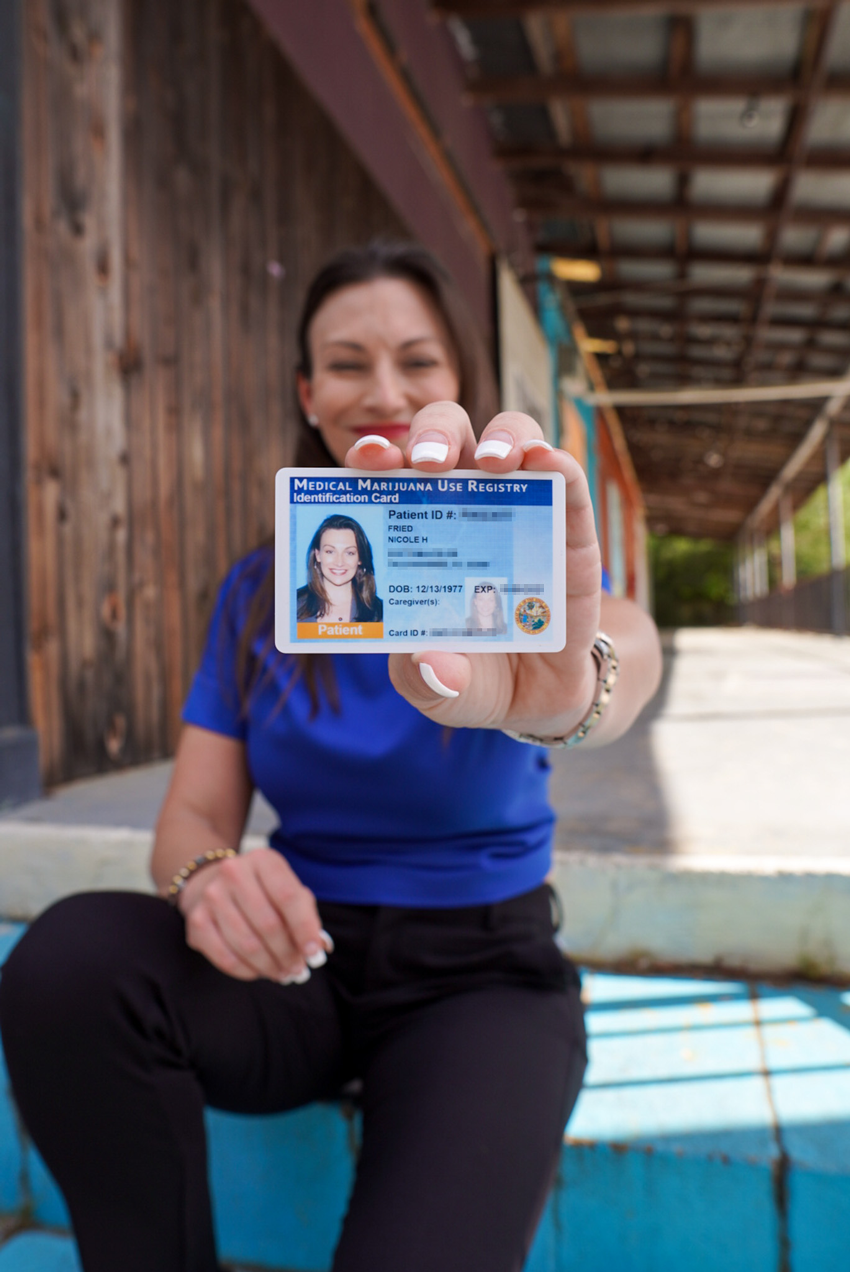 The Agriculture Commissioner uses cannabis to treat a sleep disorder.

Agriculture Commissioner Nikki Fried uses medical marijuana, and she wants the world to know it.

In a new campaign-style video, Florida’s only statewide elected Democrat flashed her state-issued Florida Medical Marijuana Card. And she said no one’s taking it from her.

“I want to show you something,” she tells the camera in the video. “This is my medical marijuana card. It’s legal and a direct result of 71% of Floridians voting to allow medical marijuana, but you wouldn’t know that in Tallahassee.”

She references the constitutional amendment passed in 2016 that legalized cannabis in Florida for certain medical use. Then she hammered proposals in the Legislature this year aimed at limiting the potency of products sold at Florida dispensaries.

“Five years after Floridians put it in our constitution, elected Republicans, so-called ‘constitution-loving’ Republicans, are still trying to undo our votes, including capping THC levels this year, blocking medication from patients that need it most,” Fried continues.

But certainly, the presentation of her user card will garner attention more than her well-known opposition to regulations. Fried, a former marijuana industry lobbyist, has made her opinions on policy well-known, but rarely discussed her own use of cannabis.

“Commissioner Fried is a medical marijuana card-holder,” confirmed Fried spokesman Max Flugrath. “She uses this medicine to treat a sleep disorder after finding the medicine to be a safer and more effective alternative to traditional pharmaceutical drugs or over-the-counter sleep aids.”

It’s not necessarily news she has used marijuana for medical purposes. She openly discussed the matter with Florida Trend for a profile piece in 2019, but it hasn’t come up recently.

Fried won the Agriculture Secretary job with the support of cannabis growers after developing a public identity almost singularly defined by her advocacy on decriminalization. In 2022, she’s widely expected to challenge Gov. Ron DeSantis for Governor.

Notably, DeSantis said in a press conference earlier this month he does not support the THC caps being debated in the Legislature, while leaving room for discussion about potency in the future.

But Fried made clear in the video, paid for by her state committee, Florida Consumers First, that she will use the issue to bludgeon Republicans in the Legislature. And she suggested the matter could expand to hit lawmakers for their apparent broad distaste for citizen-driven amendments to the state constitution.

“If taxing patients in need and overturning the will of over 70% of Floridians doesn’t get you angry, if it doesn’t show you how rigged the system is, well, you’re probably an elected Republican,” Fried said. “Because the rest of us get it. And we won’t let them take this or our votes away from us.”