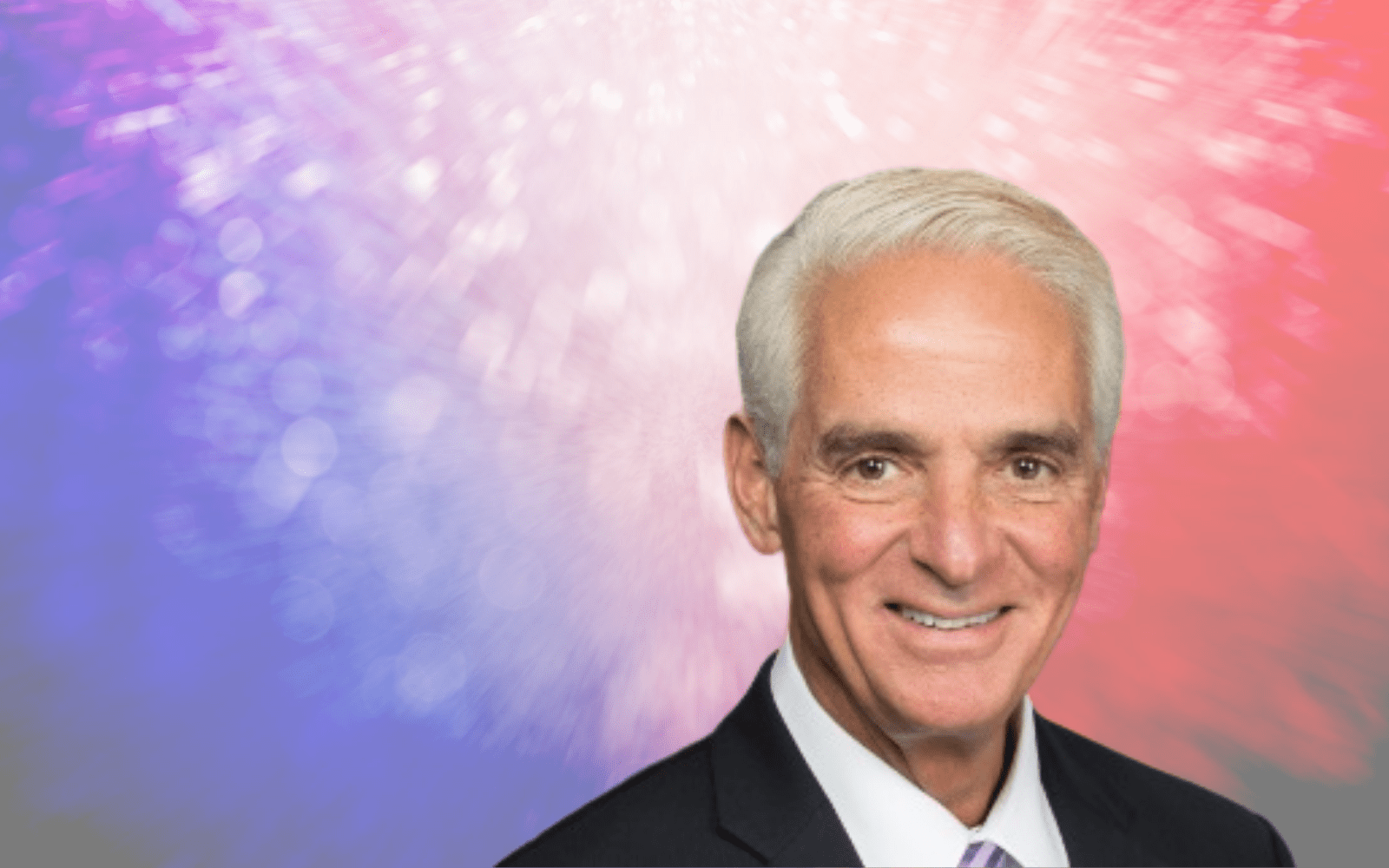 He is the real deal.

Lawton Chiles, the He-Coon, has been gone these many years, but Charlie Crist, the Silver Fox, is back.

Earlier this week, Crist confirmed what everyone from my 99-year-old father living in a Tallahassee assisted living facility to goat herders in Uzbekistan already knew: he is running for the Democratic nomination for Governor in 2022.

And notice was immediately taken by Gov. Ron DeSantis, the Donald Trump clone Crist seeks to oust. DeSantis engaged Crist coming out of the gate, which was a surprising tactic for an incumbent with Election Day 18 months away and Crist just the first of several Democratic hopefuls expected to enter the lists.

For example, Nikki Fried, Democratic Commissioner of Agriculture and Consumer Services and an almost certain candidate for Governor, has been biting at DeSantis’ ankles almost daily for months, trying to provoke a response, but to no avail.

No, DeSantis is not particularly worried about Fried at the moment, but Charlie — Crist is Charlie to all of his friends, which includes almost every man, woman, and child he has ever met, so let’s go with Charlie — is apparently DeSantis’ bête noire, the thing under his bed at night when the lights are out and his imagination runs free.

And rightfully so. Charlie is no newbie wannabe. He is the best retail politician in Florida, bar none, and there is no one in Florida in either party with more experience in public office. Elected Education Commissioner, Attorney General, and Governor, all as a Republican, finishing second in a three-candidate U.S. Senate race as an Independent, falling short in a Governors’ race against incumbent Rick Scott by less than a percentage point as a Democrat, and now serving his third term in Congress as a Democrat, Charlie didn’t fall of the turnip truck yesterday.

He is the real deal.

Republicans hope that long record of public service is his weakness. He is not a shiny new thing bouncing from one outré provocation to another, always demanding center stage, always feeding red meat to the rubes. He is familiar, normal, a steady hand. But this hoped-for weakness may prove to be his actual strength in this time of turmoil.

Another politician of long-standing comes to mind, one who was too old, too worn, too boring to best a field of shiny new things and defeat a master provocateur, yet Joe Biden is President, the shiny new things work for him, and Trump is emceeing Mar-a-Lago weddings when he is not pounding cheeseburgers in the 19th hole at his golf course.

In fact, the Biden-Crist analogy is further borne out in DeSantis going after Charlie tout de suite, not unlike Trump sensing with animal cunning the real, long term danger Biden posed to his reelection and trying to take him out early in the ham-handed Ukraine fiasco.

DeSantis, who is at least as perspicacious as Trump and twice as smart, clearly realizes Charlie is a real problem for him.

And not the only problem. Democratic Congresswoman Val Demings may also run for Governor. She is a relatively fresh face, but with an outstanding résumé.

Twenty-seven years a cop, retired as Chief of Police in Orlando where her husband, formerly the Orange County Sheriff is the County Mayor, and now in her third term in Congress, Demings hit the big time as an intelligent and eloquent House manager in the first Trump impeachment trial in the Senate.

Neither she nor Charlie lend themselves to the off-the-shelf Republican campaign strategy of attacking opponents as socialists who want to defund the police while offering bupkus for making the lives of the working men and women of Florida better. Charlie was known during his tenure in the Florida Senate — did I forget to mention that résumé line? — as Chain Gang Charlie for his rather stern views on criminal justice at the time, and I think I mentioned that Demings is actually the Blue if you feel like Backing the Blue.

A recent poll had Charlie at 53%, Demings at 30%, and Fried at 17% in a hypothetical Democratic primary. This should, of course, be taken with an entire shaker of salt because all of the candidates are not on the field, the election has yet to take shape, the sample is relatively small, and name ID rules, but the margins are so great that it is a credible general indication of where things currently stand.

Democratic prospects in 2022 are further improved by the fact that there does not appear to be a Progressive candidate with a capital “P” on the horizon to give life to the standard socialist canard that would tarnish the field as a whole and embitter the Democratic base in defeat now that Rep. Anna Eskamani, Florida’s own AOC, has decided to await her moment, which surely will come in the future.

All of DeSantis’ structural and financial advantages notwithstanding, if Charlie and Demings can wage vigorous campaigns chock full of substance without personal invective and put aside ego when the primary votes are counted to link arms in the general election, then DeSantis’ plans to run for President in 2024 may well flounder in Florida in 2022.

I told Charlie 10 years ago that the state and the country needed a third way to pass safely between the Scylla of nascent socialism and the Charybdis of resurgent neo-fascism and that I thought the third way was a different kind of candidate, not a third party.

What was true then is even more true today. I believe Charlie is the way.