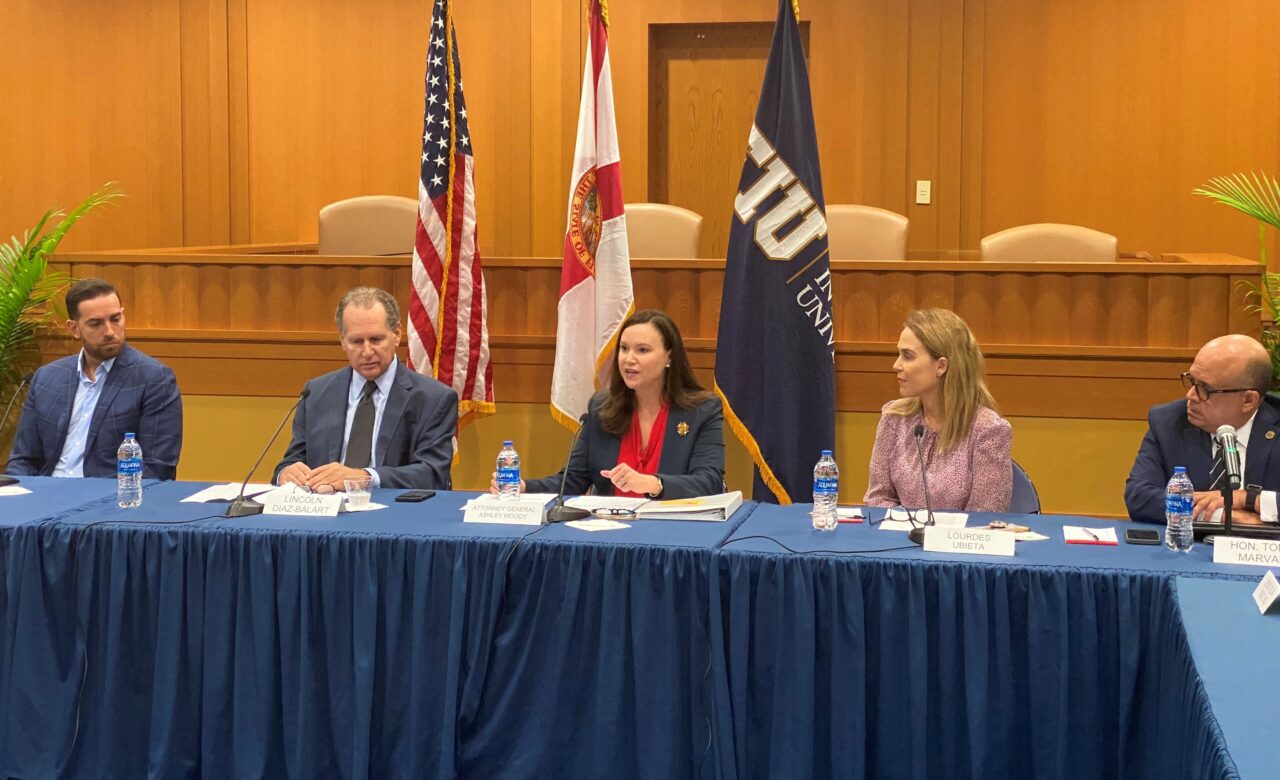 'I will continue to do everything in my power to shine a light on this startling political power grab.'

Attorney General Ashley Moody met with Republican leaders in South Florida Tuesday to rally against court packing, a controversial move that would expand the U.S. Supreme Court to include additional justices.

The roundtable, hosted by Florida International University, comes as a commission created by President Joe Biden explores the possibility of an expansion.

It also comes after Democratic lawmakers introduced a bill to expand the Supreme Court from nine to 13 justices.

Proposed in April, the bill would allow Biden to nominate four additional justices to the bench.

“This blatant attempt by the Biden administration and members of Congress to pack our nation’s highest court is an affront to our democracy,” Moody said in a statement. “I will continue to do everything in my power to shine a light on this startling political power grab.”

“We have seen examples in Latin America and around the world of how altering the judiciary can cause irreparable damage to any working democracy,” Perez said in a statement. “It is the responsibility of every American to not allow history to repeat itself.”

Adding justices to the Supreme Court has emerged among the more controversial political issues in recent years.

While unpopular among Republicans and some Democrats, more progressive lawmakers have pushed for the expansion in the weeks and months after Donald Trump’s presidency.

During his time as President, Trump filled three Supreme Court vacancies, creating a 6-to-3 conservative majority. Proponents of additional justices contend the increase would balance the more-conservative leaning court.

Critics, meanwhile, describe the move as a dangerous power grab that threatens the sanctity of the nation’s highest court.

“Judicial independence and legal certainty are absolutely critical to the rule of law,” Diaz-Balart said in a statement.

Noting the unpopularity among conservative voters, many Republicans have spotlighted the controversial issue and wedged it against Democratic opponents.

Speaking to Fox News days later, Gov. Ron DeSantis suggested the Biden administration would indeed add more justices to the Supreme Court if they were to win the presidential election.

But some Democrats aren’t buying it.

“Attorney General Ashley Moody continues to make a mockery of her office,” Shaw said. Today’s roundtable is just another example of (Attorney) General Moody putting politics ahead of the real issues that are facing Floridians.”

“Whether it is trying to overturn the election or taking away health care coverage from more than a million Floridians, it is clear (Attorney) General Moody is more interested in wasting taxpayer dollars on partisan stunts than protecting our citizens from rising violent crime or scammers trying to rip off our seniors. Our citizens deserve better.”

The Presidential Commission on the Supreme Court of the United States will meet next June 30.