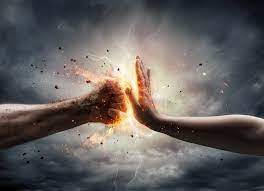 If anyone slaps you on the right cheek, turn to them the other cheek also.

She was not the first, and she won’t be the last, but in a column published Wednesday, The Washington Post’s media critic Margaret Sullivan makes a very sane argument for why we should all abandon Facebook:

“After all, it’s a source of global misinformation whose effects have been dire. It promotes political tribalism and division. It makes me jealous of my friends’ seemingly perfect lives. And it keeps trying to lure me into buying overpriced, unnecessary (and beautiful) blouses from a place called Frank and Eileen.”

While using Facebook may seem to be not only fun but free, Sullivan is probably right when she argues that “the price is astonishingly high” for the Facebook user posting wedding photos or recipes, doing research, or finding that old friend.

Yet, as I sit next to my wife in the Intensive Care Unit as she struggles to fight off the ravages of septic shock that developed post-surgery, I can easily say there is no price too high to pay for the connectivity, and community Facebook can foster in trying moments like what our family is enduring.

For those old enough to remember or for those not on social media, there was a time that when people were forced to go to an ICU … or cursed with a debilitating disease … or struck with the loss of a loved one, the news of such a trial and tribulation was slow to spread — if it spread at all.

Fifteen years ago, had my wife suffered the same calamity, it’s doubtful the number of people who would know what’s going on in an instant would be a higher number than what I can count on my two hands.

Today, we are lifted in prayer by thousands (!) of people, most of whom we do not know but are connected to through social media. If you believe in prayer, as we so strongly do, volume counts. By that logic, does not Facebook bring us closer to our Creator?

But it’s not just prayer; it’s an entire blanket of embrace that would only be happening with the immediacy of social media.

We are blessed to have been inundated with offers of assistance and with displays of support.

One friend had Joe’s Stone Crab overnighted to our home; a legislative staffer who probably would be better off watching their pennies sent a Starbucks gift card.

The generosity of so many — especially those with their own set of challenges and burdens to bear — reminds me of one of my favorite stories in the New Testament — “The Widow’s Offering”:

“Jesus sat down opposite the place where the offerings were put and watched the crowd putting their money into the temple treasury. Many rich people threw in large amounts. But a poor widow came and put in two very small copper coins worth only a few cents.

“Calling his disciples to him, Jesus said, ‘Truly I tell you, this poor widow has put more into the treasury than all the others. They all gave out of their wealth, but she, out of her poverty, put in everything — all she had to live on.”

Throughout this ordeal, the generosity of others has been overwhelming, perhaps more so because it’s not just been family and friends who have lent support but also some of my fiercest political adversaries.

What’s extraordinary is how over the last 36 hours, many of them have done as Jesus instructed us, turning the other cheek, and reached out to offer support and prayer.

There is the lawmaker of whom I have been unendingly critical. They texted me early on in this ordeal to text:

“I know we certainly haven’t had a good relationship over the years, but I am very sorry for what Michelle has gone through and very happy that she is OK. What a horrific story; I can’t imagine the fear & frustration she & you have been through. I will pray for her speedy recovery.”

There is the political consultant, once a friend, but not of late, who put aside any bad blood to write:

“We r both men who are made a lot better because of our wives. We can have our differences, but I’ll still send a prayer up for your Michelle.”

There is the lobbyist whom I once targeted who looked past what I have done to them to say:

“I sincerely hope Michelle is OK and your family is doing well. You can continue to count me as an enemy for no reason, but I want you to know I want the best for you and yours.”

There are other examples, but I think the point is clear.

My “enemies” are better than me. They embodied Matthew 5:38-40, although I did not deserve their grace.

It’s too soon to say how things will be different once Michelle is beyond this. Right now, the only important thing is that she gets through this forest.

In the meantime, please do not stop liking those Facebook posts or retweeting the calls for prayer. No matter what you think of social media and technology, those small acts reveal the humanity God gifted us.